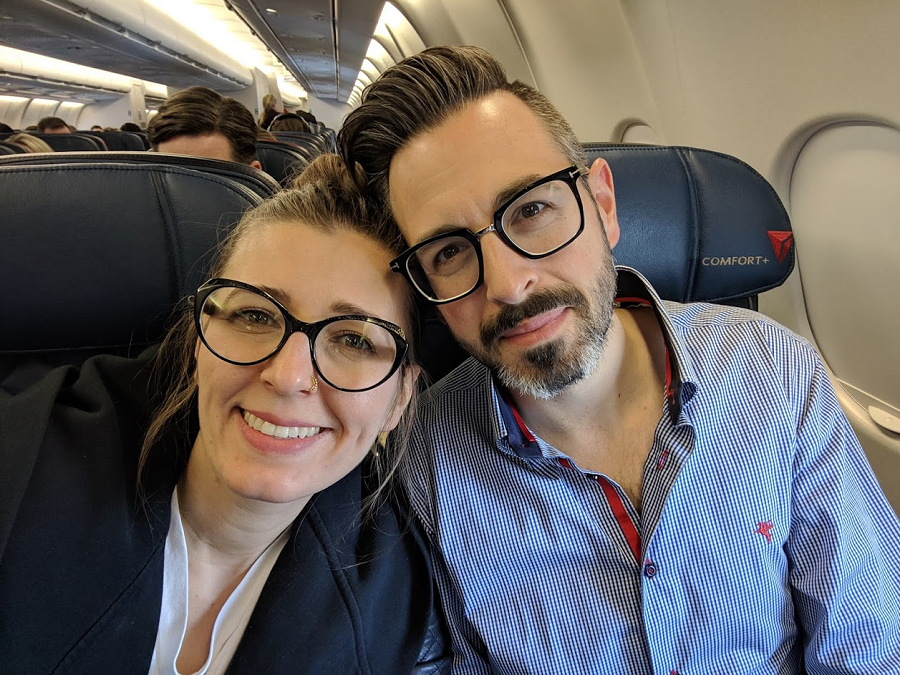 This was the month that Seattle started to shut down, a year ago. It’s the last month that I ate inside a restaurant. We were scheduled to go to Italy that March, just as Covid was starting to take hold there. Those few weeks before we were set to leave were fraught – were we cancelling out of paranoia? Would we look back and think, “Well, that was silly. It all turned out to be nothing?”

It didn’t, of course. We cancelled Italy along with a half dozen other trips I no longer remember now.

In some ways, I suppose it’s not that unusual – staying at home for a year. But I hadn’t done it in well over a decade. It’s part of how Rand and I engineered our lives: no kids, no pets, only a few neglected houseplants that I’m probably overwatering as of late, because, well – I’m around. Travel is simply what we do. Or rather, it’s what we did. At the apex of it, we’d spend a third of the year on the road. 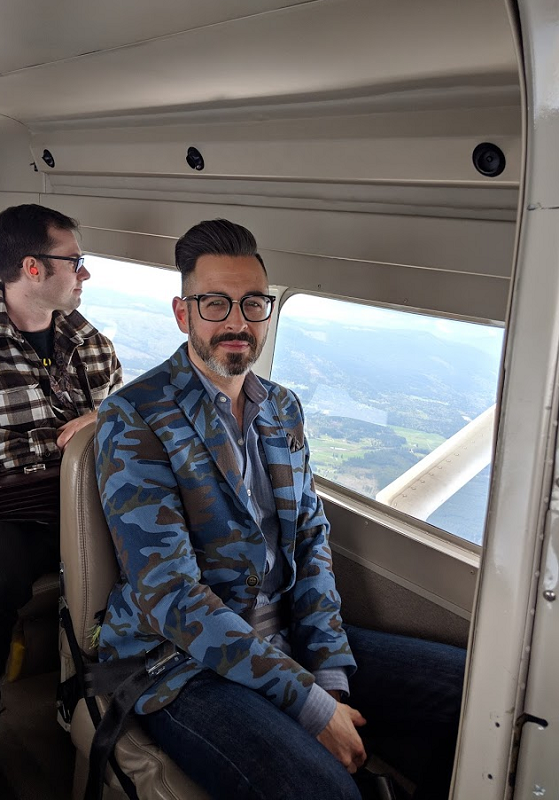 I have been home for a year. But others in that world I used to inhabit have not. I see Instagram photos of someone proudly standing at a podium, receiving a travel writing award for glowing coverage of a state where the governor has adamantly refused to take any preventative measures to curb the spread of the virus (the governor is in the photo, maskless, applauding him). They never once mention that they’re in a Covid hotspot, with one of the highest death rates in the country.

In another travel community thread, a woman said that because she’s tested negative, she had every right to keep traveling. That she’s “not endangering anyone.” Someone tried to tell her that negative tests do not mean that one is immune. That you can still be a vector for spreading a disease. The woman doubled down. She’s not going to let Covid stop her, she said – as though she was somehow Joan of Arc facing the fire.

But there’s no nobility in it. As my friend Naomi notes, it comes down to the same thing as always – the concept encapsulated in that old Buzzfeed News Headline: “I Don’t Know How to Tell You That You Should Care About Other People.”

The proclamation that something is safe rattles her.

“Safe for who, exactly?” she asks.

I see snapshots from airports, heading to the few countries that will still let us in, or to Hawaii, because “People forget it’s part of America!” They ignore the fact that schools in Hawaii remain closed. That my friends with family on the islands are terrified for their well-being, because of the influx of tourists. Yes, there is a lot of shit that you can still do right now. You can still go to Disneyworld. You can eat indoors. You can attend a rally mashed up next to people who think that pandemics are fake and baby-eating lizard people are real. But that doesn’t mean that you should.

“These places are struggling,” I hear people say. “They need our money.”

I take a deep breath to stop the blood vessels in my eyes from bursting with rage.

Look, Hilton Hotels and United Airlines and the other titans of travel and hospitality? They are going to be just fine. They’re not going to collapse because you didn’t buy a $99/day super saver weekend getaway to Las Vegas. You are not going to single-handedly save the travel industry with your money. You might kill someone who’s working the front desk, though.

“BUT WHAT ABOUT THE SMALL INDIE HOTELS AND RESTAURANTS. I MUST HELP THEM.”

Buy a goddamn gift card. Or, hey, support your local restaurants with take-out, or order something from a local independent shop. They need you, too. Or if this is such a charitable effort on your part, why not just send them money? You can donate to organizations that are helping small businesses survive during this time (OH LOOK, THE U.S. CHAMBER OF COMMERCE HAS A WHOLE GODDAMN LIST.)

“BUT I HAVE DONE EVERYTHING RIGHT AND I SHOULD GET TO SAFELY HAVE A GETAWAY.”

Sigh. To refute this, I’m just going to borrow some phrases of rage from my friend Pam.

“To be clear, I understand there are safe scenarios — drive to a cabin! Bring all your groceries! Okay! And that the burden on close families is hard! Wear a mask, quarantine for two weeks upon arrival, do the same when you get home! THAT is doing everything right. Also, SHUT UP. Your performative “traveling safely” makes it look like it’s okay for any clown to “travel safely” and we live in a world of science deniers. SHUT UP. Take your trip and SHUT UP.”

Look, there’s a lot of privilege wrapped up in being a travel writer. Some of it is inherent. It requires a (semi-expendable) income, flexibility with work, valid passports, and bodies that are easily moved from one spot to another. But there’s an obligation in it, too. Travel is not a singular, solitary action. It is not something that exists in a vacuum. We interact with our environments, with the community and cultures that we find ourselves in. If we travel during a pandemic, we aren’t simply assuming risk for ourselves. We’re endangering everyone around us. We could spread a disease to fellow passengers, to airline and airport and hospitality employees. We could eventually be hospitalized in healthcare system that is unprepared for an influx of travelers, diverting resources from locals.

And if we are travel writers, we are leading by example. If we travel, we risk spreading the misconception that all travel is safe. As Pam notes, the world is full of science deniers. They do not see the differences between our actions and theirs. They do not understand the precautions that we’ve taken. They simply see it as an endorsement – from travel professionals – that it is okay to see the world right now.

Look, this sucks. Being a travel writer who doesn’t travel messes with your sense of self. I miss my family. I miss my friends. I miss my job. 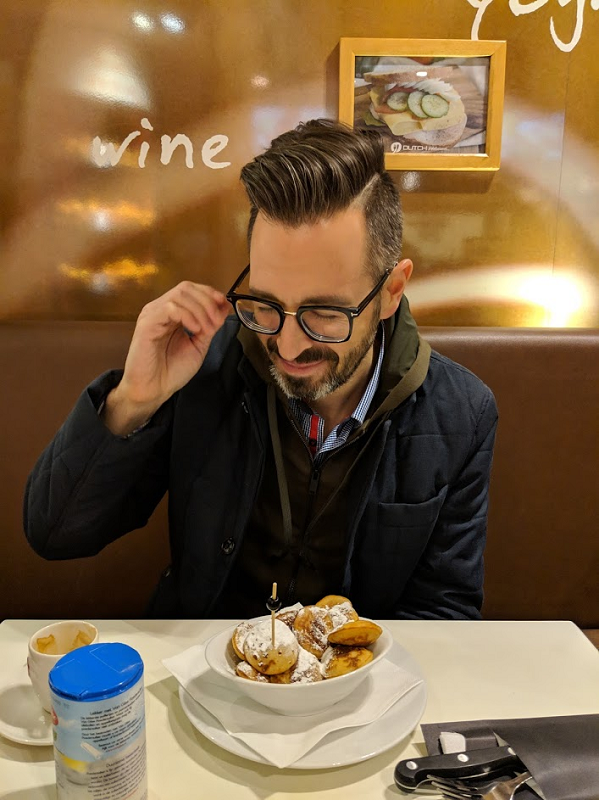 I even miss the haze of landing in Europe first thing in the morning after a trans-Atlantic flight and having pancakes with this barely-conscious cutie.

But the thing, pandemics aren’t supposed to be fun. Global catastrophes aren’t supposed to be convenient, or enjoyable. They turn your world upside down, by design. It’s fucking awful. People are dying. I haven’t hugged my mom in a year. My nephew doesn’t know me. I am literally a stranger to him. My aunt and uncle are in their 80s, and my husband is terrified – absolutely terrified – that something will happen to them and we won’t get to say goodbye, in the same way we didn’t get to say goodbye to his grandmother.

There’s this longing for things to go back to how they were – I feel it so desperately, in my bones, while at the same realizing that it doesn’t get to happen for so many people. I think of everyone I know who has lost someone to Covid, and about how once vaccines are available and the world opens back up, their lives doesn’t go back to how they were. If you stretch an elastic band far enough, sometimes it stays like that, stretched out and brittle. Sometimes it just breaks. 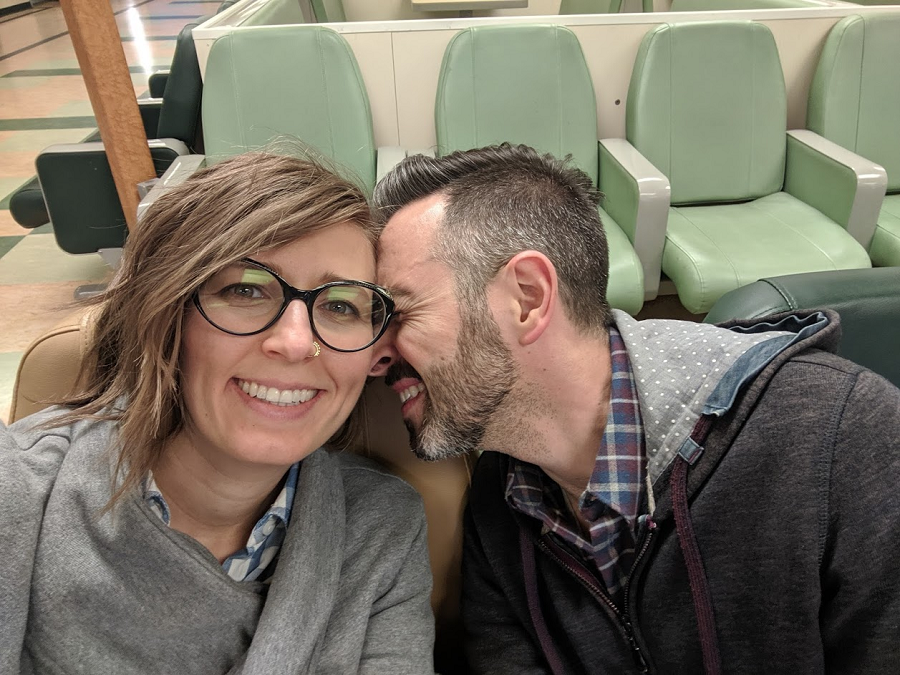 I miss ferry rides. I miss the feel of smushing my face next to my beloved’s while we breath in sea air.

I want this to be over. And it fucking would be, if people just stayed at home. I’m asking you to do that, not just for yourself but for all of us. And if you decide to ignore not just your own well being, but everyone else’s … well, at least have the decency to be quiet about it.