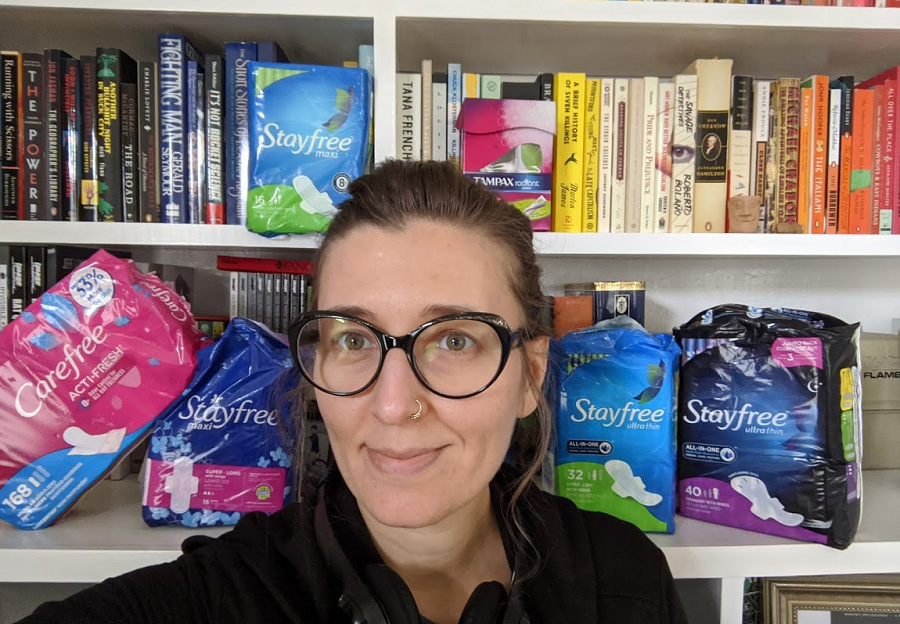 CW: This post contains mentions of death/rape threats, some graphic language, descriptions of online abuse, screen caps of verbal abuse, transphobic and hateful comments. If you need a mental palate cleanser after just thinking about that, here’s a pic of Rand cooking.

So, last week, or maybe two weeks ago, or three months (does it matter? Does anyone remember? Are we still keeping track? HOW IS IT STILL MARCH? IT HAS BEEN MARCH FOR A YEAR.) I did something that caught people’s attention on Twitter, and it amused some folks and rankled others, the way anything that catches people’s attention does.

And since it’s International Women’s Day, I thought I’d talk about it.

A little while ago, Lauren Boebert, a Representative from Colorado (she was the one who was livetweeting the location of several sheltering Democratic officials, including Speaker Pelosi, during the armed siege of the Capitol, and also vowed to take a loaded glock onto the Senate floor) posed in front of her bookshelf, onto which she’d precariously shoved a bunch of firearms. 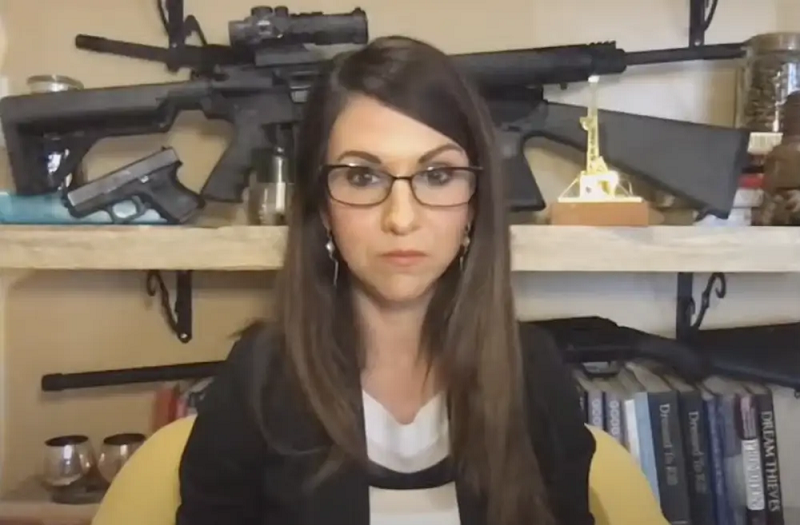 I decided to do the same with sanitary pads.

Decided to display menstrual products on the bookshelves behind me the way Lauren Boebert does firearms. pic.twitter.com/GGfai6gdqL

Generally if I tweet anything vaguely critical of the free-for-all smorgasboard that is American’s gun control laws, or anything that acknowledges the horrifying truth that menstruation happens for some humans, my mentions become a shitstorm for a few days. But this, dear friends, managed to hit the sweet spot in the Venn diagram where those two concepts overlap, and so I was hit with a monsoon of crap.

(Nice things were said, too. The problem with a monsoon of crap is that you tend to lose sight of all those nice things.)

At some point, even Boebert herself saw the tweet and felt the need to weigh in, with some weird transphobic comment that still remains baffling to me. 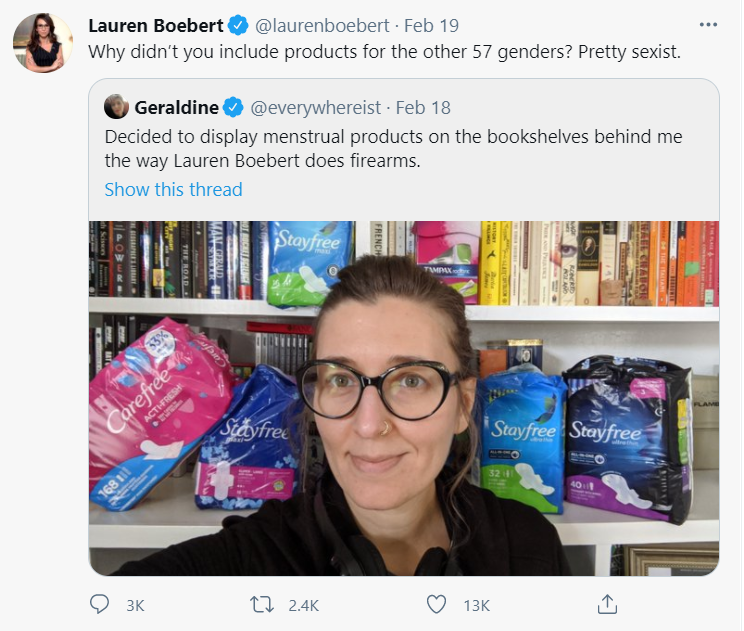 Narrator: she would absolutely be going through this again next time.

What’s funny is I actually PREDICTED this would happen:

If you did this with menstrual products and contraceptives, the GOP would lose their minds pic.twitter.com/zyoYXG5VQs

Because the insults s are always the fucking same. Because hate is inherently unimaginative. It’s the opposite of creativity. If you hate, you haven’t put any thought into anything.

To anyone who feels the urge to repeat any of these messages to me, I would *strongly* encourage you to try to come up with something new. You might even find yourself thinking. And that might lead somewhere good. Because as things stand, y’all are getting a little predictable.