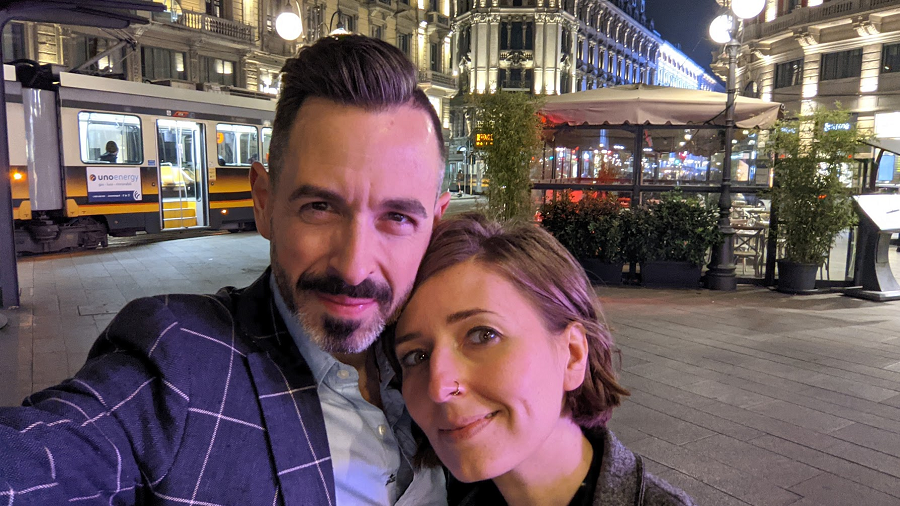 Here is the problem with having a very stylish husband: two years into this pandemic, I look like I’m about to clean the garage while Rand walks around like something out of a damn manual on how to become more dashing with every passing decade.  To be fair, the delta between our clothing has always been a little bit off – I’ve always dressed a little bit like I was recovering from a cold, whereas he looks like this almost immediately after waking up: 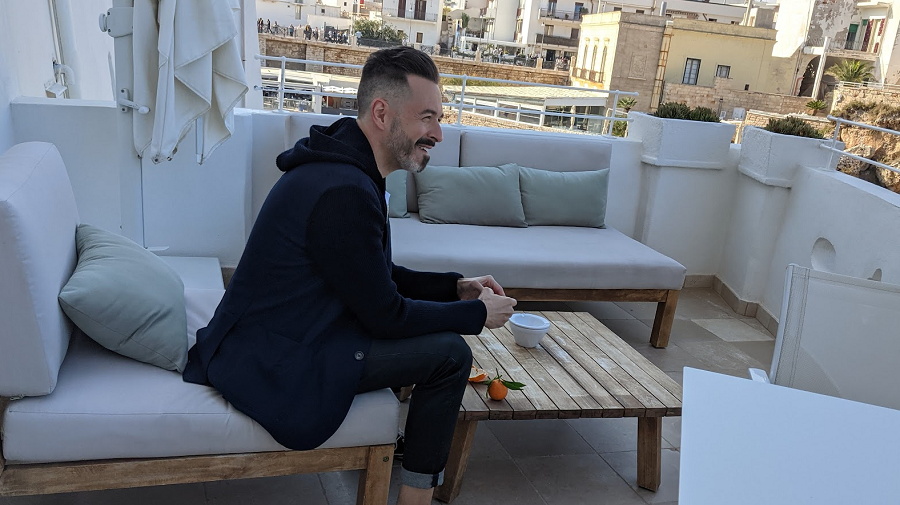 I mean, what the hell.

But I was determined on this trip to not be outdone, or at least, not at much. Not once would someone ask if I’d left the house in a hurry because it was on fire. This was my solemn vow. And besides, it had been years since I’d worn anything but yoga pants (despite not actually doing yoga). So on this trip I packed actually clothes! Dresses! Trousers! THINGS THAT NEEDED IRONING DESPITE NOT HAVING AN IRON. I was hellbent on beating Rand Fishkin at his own game, or at least getting an honorable mention for putting on something that was not entirely made of spandex. And thus was born a series of photos I like to call: rival art gallery owners who fall in love. (Warning: Obnoxious photos of us to follow and also, I might be high on DayQuil.)

He runs a classic gallery on the Upper West Side that specializes in, I don’t know, oil paintings of naked philosophers. She’s doing something in Brooklyn involving nihilistic cats. They hate each other … or do they??? 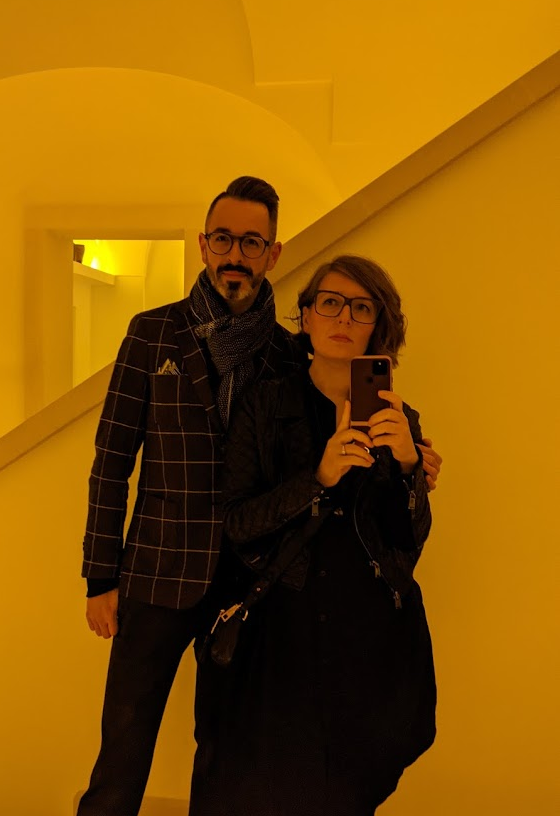 “Look, Fishkin, you’re never getting that cardboard box installation by Marcel Duchamp that supposedly contains a dead cat. Do you hear me?” 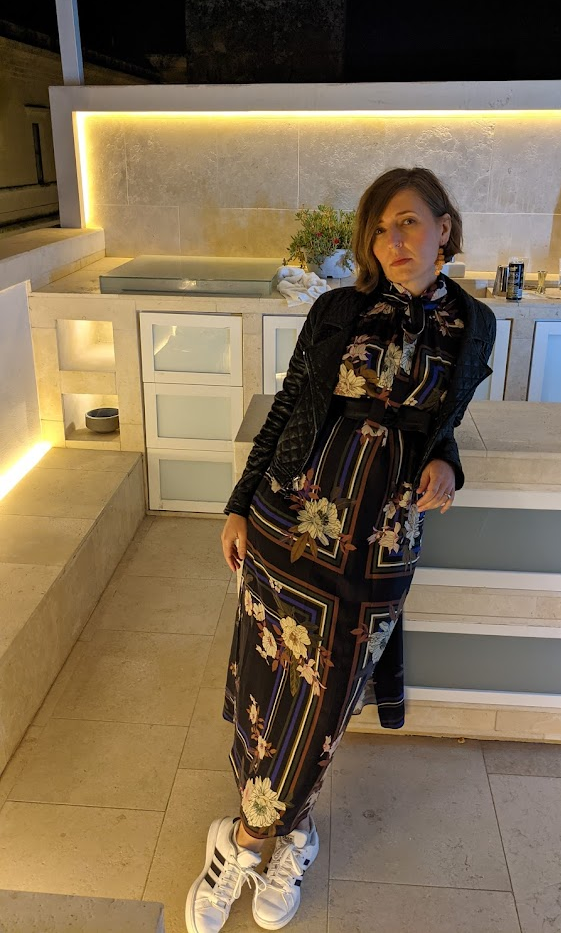 “I thought we were just grabbing a pizza?” 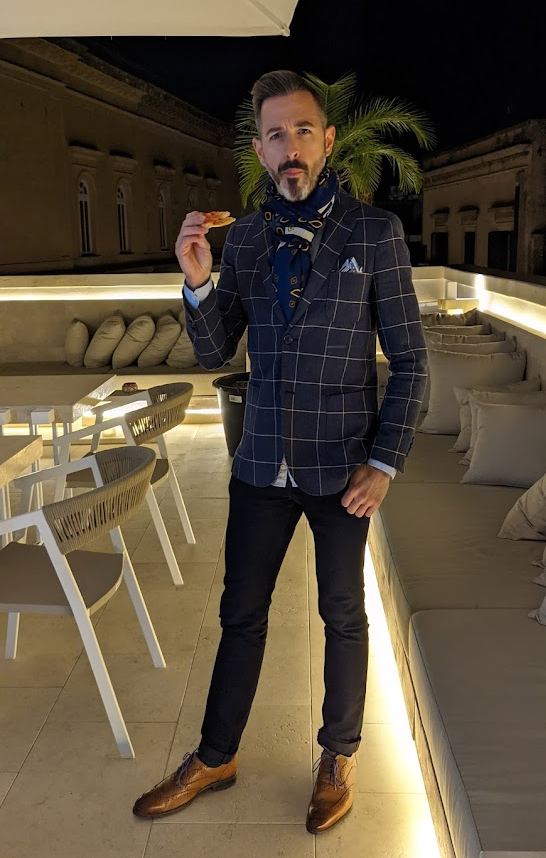 The extremely awkward conversations where a romantic subtext is avoided.

“Do you ever think there’s more to life than this?” 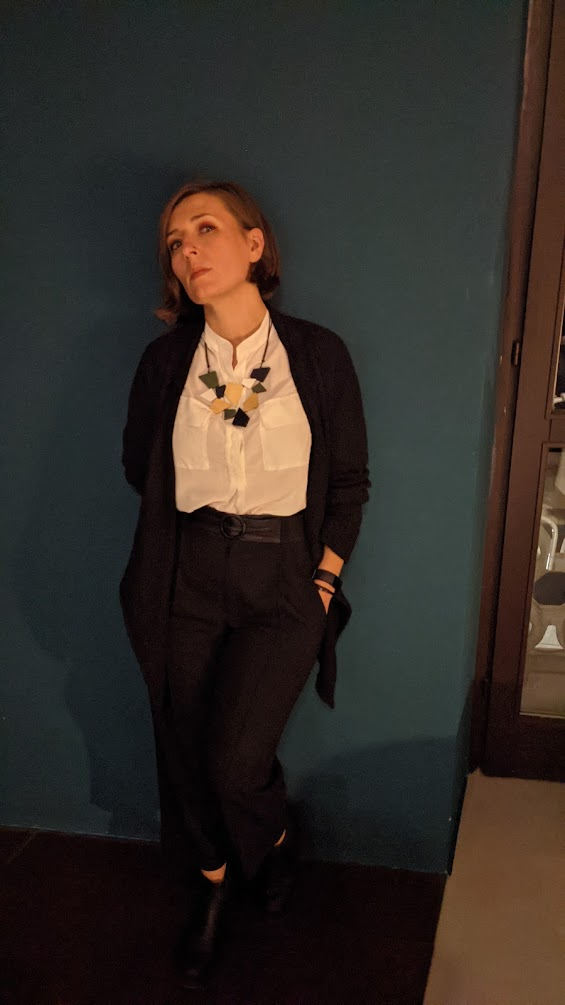 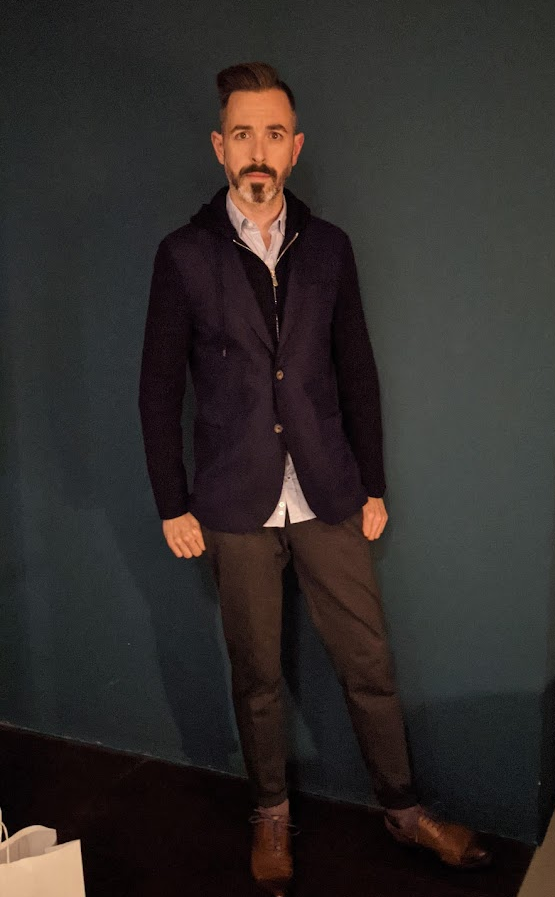 That part where she starts make terrible jokes to dispel the building romantic tension.

“Does this shirt make you want to get handsy?” 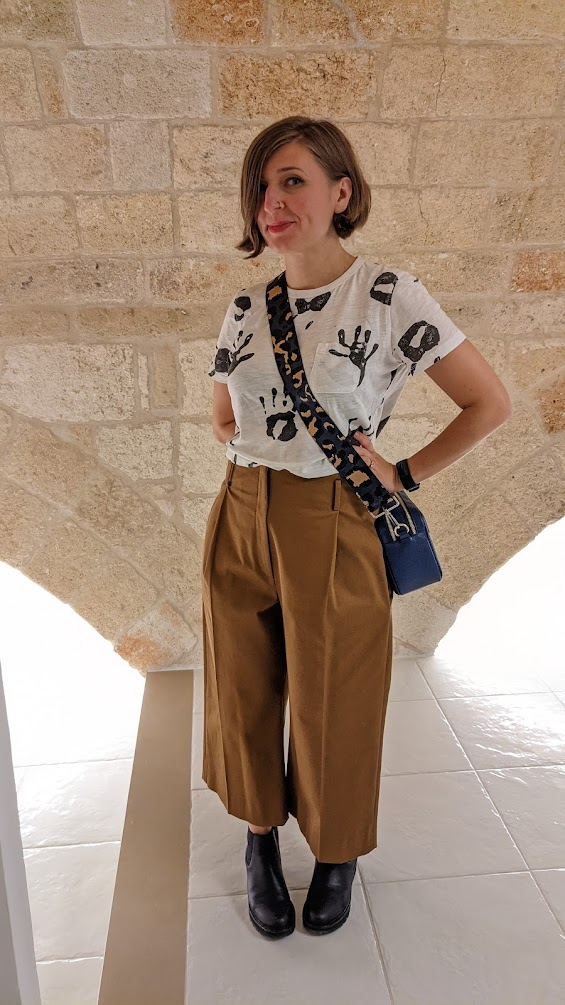 Him: “Puns are the lowest form of art.” 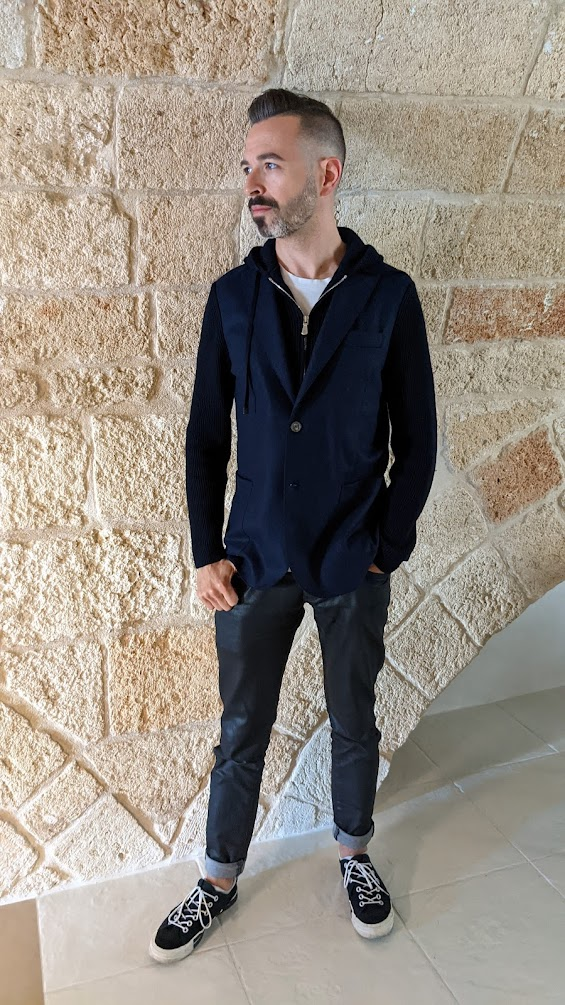 That super awkward moment when they end up in an elevator together. 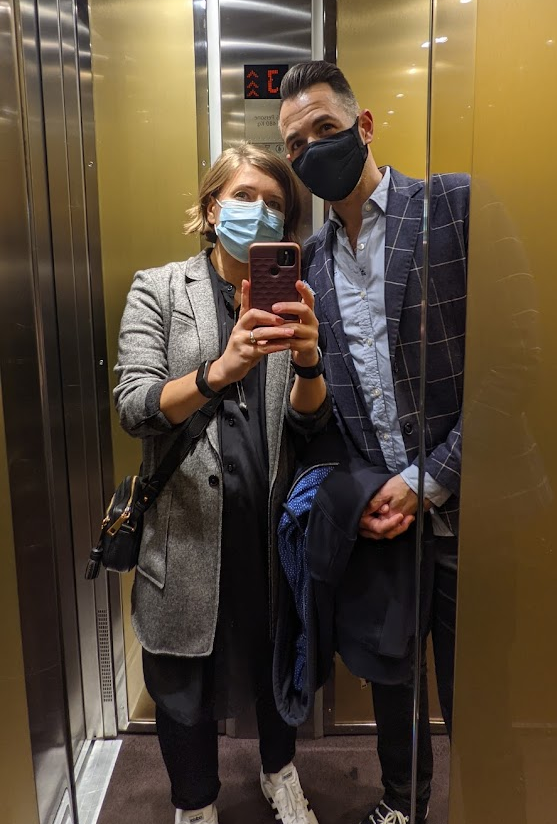 And the part where they just end up together, because, well, sometimes that happens. 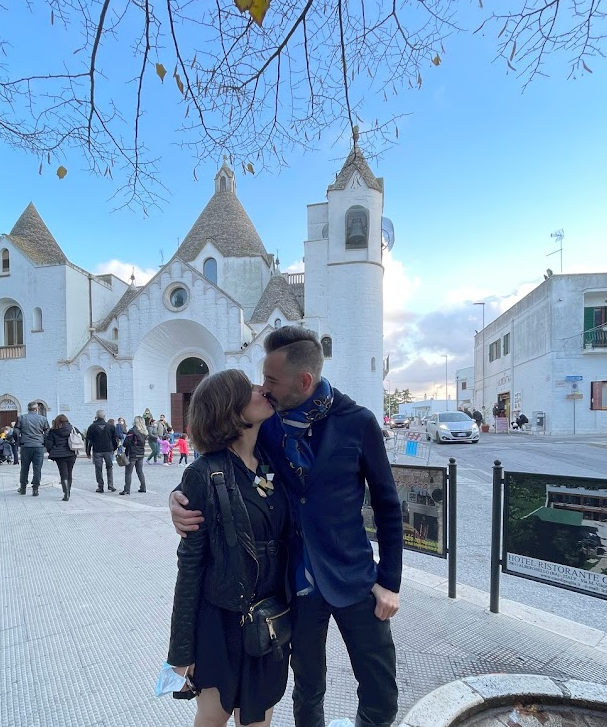 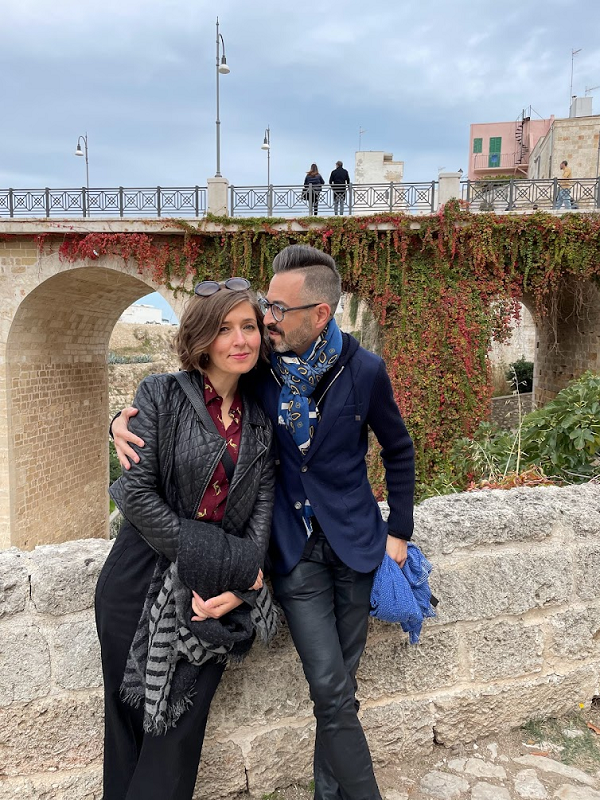 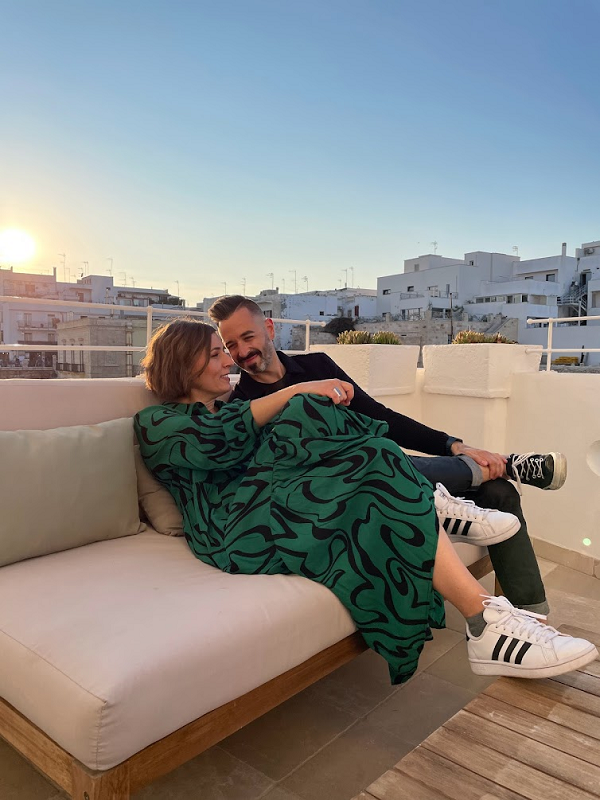