I’m working on a post about a pitch-black restaurant we visited in London, but it’s taking me longer than I thought to pull together. In the meantime, I wanted to share with you some photos from our trip to California over the holidays.

These were taken by our friend Dawn at dinner on our last night in San Diego. 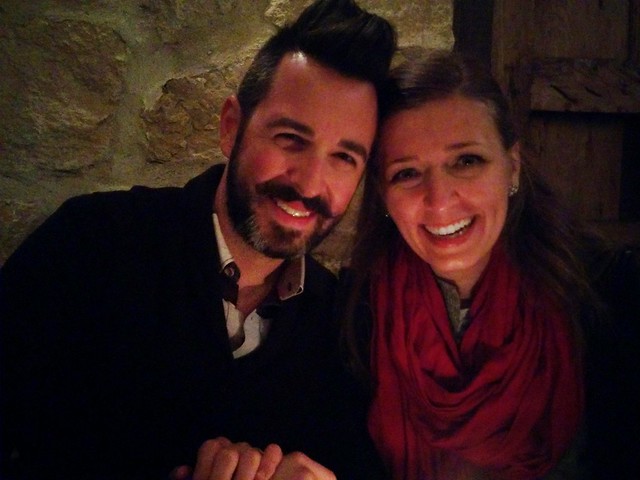 Pardon the graininess – they were taken on Rand’s cell phone camera in a dark restaurant (we were eating by candlelight). But they delight me, regardless.

This was my and Rand’s fourteenth Christmas together. This is a photo from our first: 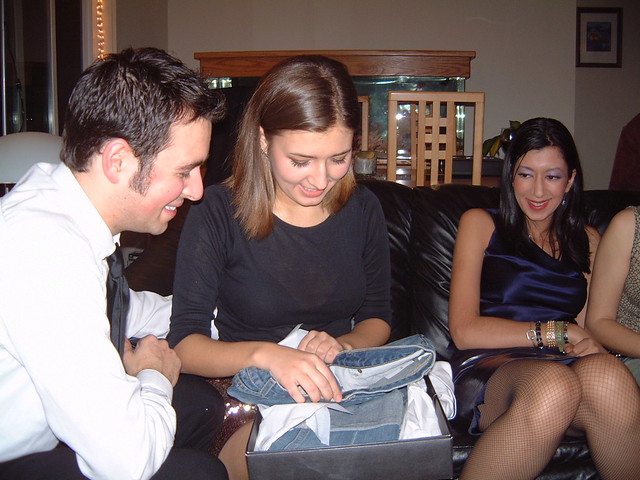 We’d been dating for a few weeks. He wasn’t my boyfriend. I wasn’t his girlfriend.

Notice that my shirt is too-sheer and my skirt is sequined and Rand doesn’t have a beard and I might be wearing pantyhose. I am no longer friends with the women at the right of the photo. I still have those jeans, though they no longer fit.

At midnight, I might have kissed someone else. That might have happened. I told Rand about it the next day (or that night?) and he shrugged. But after that night, I never kissed anyone else but him.

Time is weird. Some times I look at old photos and feel like a lifetime has happened between then and now. I can’t believe we were ever that young. Other times it feels like all I did was blink.

“Promise to love me when I’m old and incontinent,” I demanded the other night. And he does, without hesitation.

Promise to love me when we look back at this picture and marvel at how young we were: 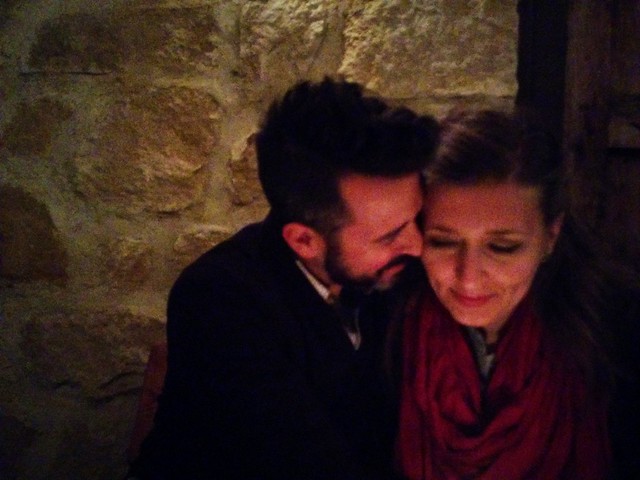 When I know it happened a lifetime ago, but I swear, all I did was blink.