Posted in: Complaint Letters, Food, Life at Home, Nothing to Do With Travel

I am writing to you on behalf of my husband, Rand, even though he has disavowed any knowledge of this letter, and refuses to be held accountable for ‘the shit that I do when I am bored.’ But I am certain that he would agree with everything I am about to say. 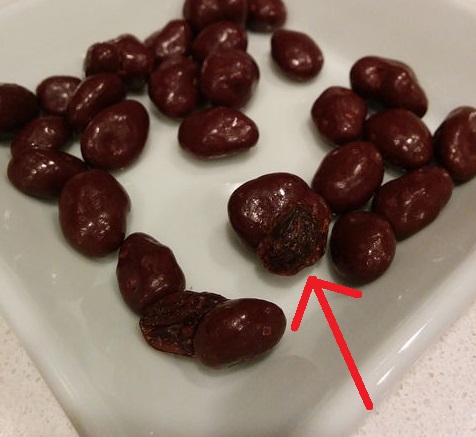 We need to talk about this, because apparently I don’t have any bigger battles to fight.

Rand is a fan of your product. I assume this is because he lived a strange childhood deprived of both processed sugar and television, and therefore doesn’t know what candy is supposed to taste like. (I, conversely, grew up on pixie sticks, which is an incremental step below actually freebasing sugar.)

My husband is not an indulgent man. He diligently exercises and drinks plain hot water when his throat hurts. Were you to tell me that he is actually from Victorian times, sent to the future to be horrified by the excess of a culture that once gave an honorary degree to a Muppet, I would believe you. Photo via USA Today. (And they say journalism is dead.)

Consequently, he enjoys Raisinets. He prefers the dark chocolate covered variety, because he’s turning 80 next month and they’re easiest on his gallbladder.

(Rand would like me to note that he’s going to be 36 and his gallbladder is just fine. Which means that he eats Raisinets for the laxative benefits.

Rand would also like me to note that I made up that part about the laxative. But I didn’t.

I, personally, have strong objections to the presence of raisins in food. There are inherent problems in taking a fruit that is mediocre to begin with, and then leaving it out in the sun until it resembles a tiny mummified testicle. I have enjoyed raisins exactly once, when they were soaked in rum and served alongside a fancy dessert.

Which probably just means that I like rum. And fancy desserts.

But raisins on their own are horrible. And while I have spent long hours trying to understand the development process behind Raisinets, I have trouble imagining it.

“We need ideas for a new type of candy that 98% of the population will find repellent.”
–
“Hmmm … how about a chocolate bar that’s full of raisins?”
–
“Still too appealing.”
–
“We could barely cover each individual raisin with chocolate, so that they sort of look like rabbit turds?”
–
“BINGO.”

Because we live in the great land of America, we often purchase these god-forsaken candies in sacks that, given their size and weight, could also be used to hold back rising waters in low areas where flooding is a risk. I assume that the intent behind this packaging was for customers to ladle the Raisinets directly out of the bag and into their mouth, rendering the nutritional information at back null and void, like our forefathers intended. But because my husband is convinced he’s the protagonist in some Dickensian novel, he just shook a meager few out onto a plate.

He did so the other night, and we both noticed something looked off about these Raisinets, which is a pretty damning statement to make about a candy that looks like something you’d find on the floor of a hamster cage to begin with. 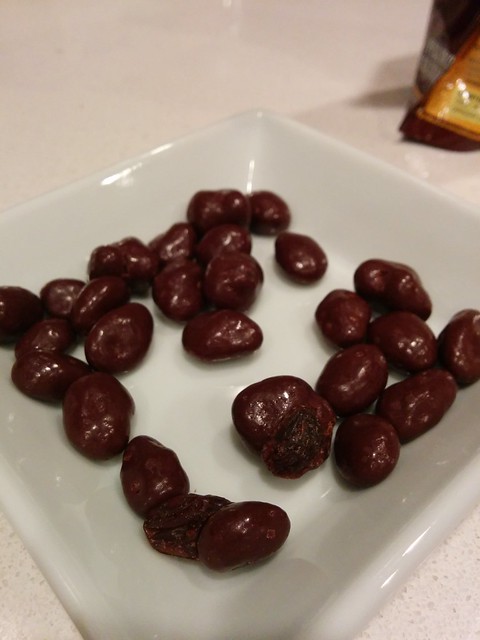 Some of these Raisinets weren’t chocolate covered. Stripped of their coating, they ceased to be Raisinets. They were now simply raisins.

Can you imagine the sort of carnage that Willy Wonka would unleash if this sort of substandard shit were to come out of his factory? The entire place would be littered with the broken bodies of Oompa Loompas and you’d have a handful of children near death from chocolate-coating asphyxiation, like that woman from Goldfinger. 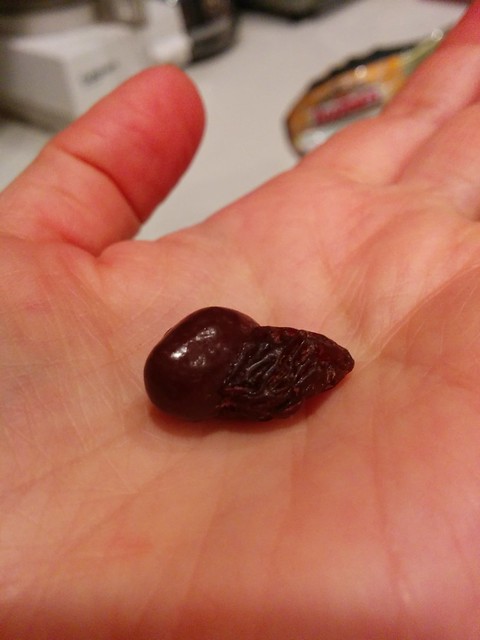 Some of the raisins were rolling around loose in the bag. Others had affixed themselves to regular Raisinets, the candy equivalent of that creepy guy from Total Recall.

Even my husband, who is one of the 12 people in the continental U.S. who voluntarily buys your product, was horrified.

If he had wanted to eat a bunch of raisins, he might as well have … you know what? I can’t even think of anything comparable because THERE IS NO WAY ANYONE WOULD EVER WANT TO EAT A BUNCH OF RAISINS. You could lock me in a windowless room for days on end with no food, and if you tossed a box of raisins in, I would probably eat them, but slowly and disdainfully, and only after making sure there wasn’t another prisoner I could cannibalize.

And don’t you even think about telling me that “raisins are nature’s candy.”

THAT STATEMENT IS MEANINGLESS. It’s like saying that dysentery is “nature’s hot new celebrity diet” or human testicles are “nature’s cat toy.”

These are naked mole rats: 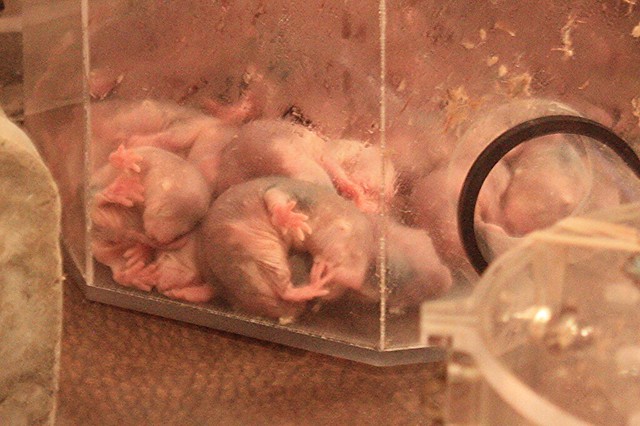 They sort of resemble pink raisins. I HAVE COME FULL CIRCLE.

THEY ARE SUPPOSED TO LOOK LIKE THAT. They are evidence that nature needs its driver’s license revoked, because it is clearly huffing paint.

Nature is horrible at almost everything. That’s why on those rare occasions when it does manage to create something of immense beauty – like the Grand Canyon or Beyoncé – we can only sit and marvel with our mouths hanging open.

My original intent in writing to you was to request a small number of replacement Raisinets to make up for those unholy shriveled morsels that had infiltrated the bag we purchased. But I realized that there is absolutely no guarantee that those won’t be subject to the same curse, and also, then we’d have more Raisinets. No one wants that.

So I’m just going to ask you to please, please, improve your quality control standards (such as they are) to make sure this doesn’t happen again to some poor schmuck with similarly terrible taste in candy. My husband eats your product voluntarily. He’s suffered enough.