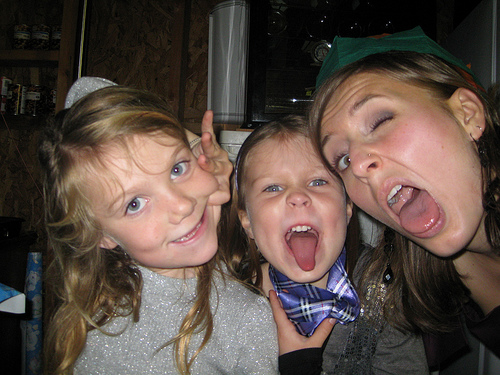 It’s 104 degrees in Seattle … do you know where your camera is?

This was going to be a post about what happens when a city full of pasty white left-coasters reaches temperatures above 100 degrees. I was going to brave downtown Seattle, on what is the hottest day on record (though rumor has it that one day – back when we were still part of the primordial ooze – was hotter). I was going to take lots of photos, of people running around in shorts, of packed malls, and of the crazy old guy who screams on the corner of 5th and Pine (who, to his credit, was out there today as well). I even lugged my miserably huge camera downtown. And when I tried to take a photo, I received the message, the glorious message, that we’ve all gotten at somepoint in time: No Card. My memory card was not in my camera. It was back home, in my laptop, quietly melting.

And I am pissed. So this is the best I can do: 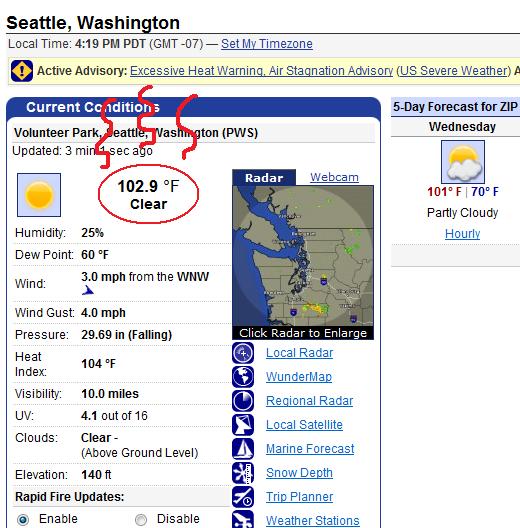 I tried to make heat lines coming off the temperature. It didn’t really work.

Also, for some reason, I find it hysterical that it says “Clear”. As though that’s really an issue when it’s 103 EFFING DEGREES OUT.

But I digress. Back to forgetting my camera. Or losing my camera. Or having my camera break. After all, all of these things have happened at some point or another while I was on vacation. And while it’s truly lame, it doesn’t have to stop you from recording memories of your trip. My top 10 solutions for when your camera is AWOL: 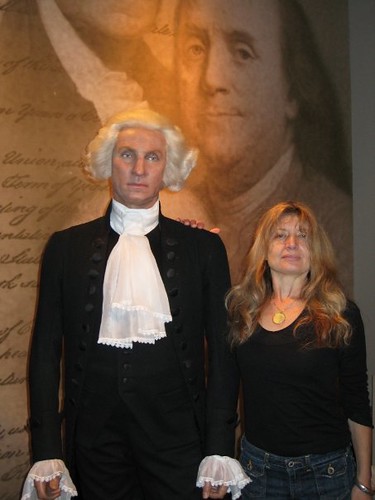 See her necklace? It’s a holographic Baby Jesus and Madonna pendant. My mother is delightfully esoteric.

Note: You could also try to take your camera to a shop to get it fixed. This has never, ever worked for me. Even domestically, I’ve never been able to locate a good camera repair shop (not even in friggin Manhattan, of all places) and searching for one isn’t exactly how I like to spend my trips.

Anywho, so concludes my lessons on what to do when your camera breaks while on vacation. I’ve managed to kill an afternoon in my husband’s lovely air-conditioned office. The outside temperature? 104 degrees. Fortunately tomorrow will cool down, with highs only up to 100. Thank you, Satan.