The day that started with my trip to Roosevelt Island continued to be a good one. In fact, it might have been one of the best days I’ve spent in NYC in a long, long time. After all, when one day is so charmed that it spans TWO whole blog posts, well … you know you have it good.

After my trip to Roosevelt Island (and a mistaken detour to Queens, in the company of a girl who looked remarkably like Kristen Bell), I headed down to SoHo to meet Rand, and our lovely friend Cindy Krum. 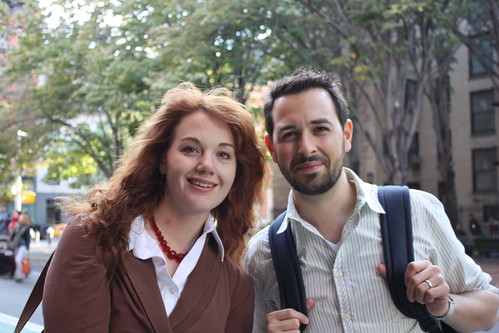 Cindy is fantastic. It’s hard to describe her, but here is my best attempt: She is earnest and lovely and confident, but not in a way that is intimidating or belittling to anyone else. You can drop her in a room full of strangers, and when you return, she’ll have made at least 5 best friends.

I met Cindy and Rand at a Thai restaurant in Soho called “Peep.” The food was pretty good (my standards for Thai are ridiculously high, as Seattle has some great spots), and the prices for lunch were incredibly cheap – something like $12 for a huge plate of food. 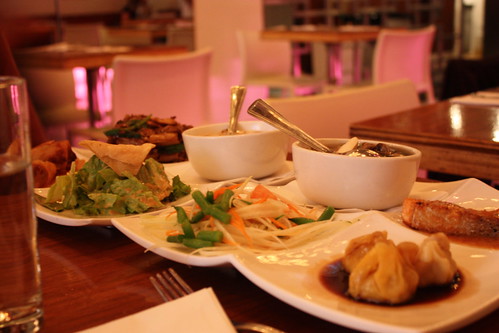 But what was most notable about Peep, and no doubt where the restaurant got its name, is the bathroom. I did not take a photo of the bathroom, because I thought it might get us kicked out. Here’s why:

The result was that I ended up peeing while staring at a lovely family of who was celebrating Grandma’s birthday. I do not recommend this experience. However, since no one could see me, I might have done a weird little boogie dance while in the toilet. It was not unlike the dance Monica did with a turkey on her head on that one Thanksgiving episode of Friends.

I will leave it up to you to decide whether or not I was wearing pants at the time.

Afterwards, we walked to Magnolia Bakery, figuring we’d kill some calories before adding them,  five-fold. Plus we got to stop a few shops along the way. I feel I don’t really need to explain how wonderful shopping in anticipation of cupcakes is, but I imagine it’s somewhat like eating an ice cream sundae while riding a unicorn. 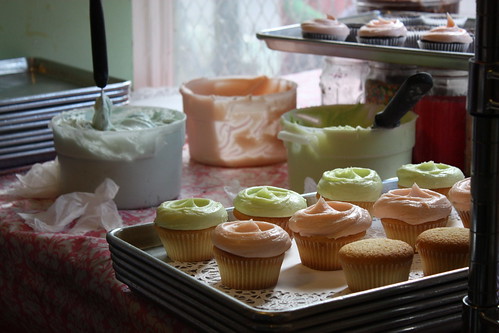 I figured that, based on law of averages, the day was going to go downhill from there. Because, honestly, do you top an afternoon that ends with shopping and Magnolia Bakery cupcakes? But then Rand and I had the following exchange:

Rand: We could see if we could get tickets to “Bye-Bye Birdie.”

Me: … (collapses from happiness)

SERIOUSLY? I mean, SERIOUSLY? John “UNCLE JESSE” Stamos (a favorite here at the Everywhereist Blog) and Gina “I’m the only person in the credits of Showgirls who correctly pegged it as a comedy” Gershon?

If I were given unlimited resources and told to produce a Boardway show on my own whims, I could not have come up with something better than that. Except maybe my opus, a musical retelling of the creation of the moveable type, starring Steve Guttenberg. The marquis would read: Gutenburg: The Musical! Starring Guttenberg: Steve!

Seriously, that’s the only thing that could compare to seeing Uncle Jesse and Gina Gerschon on stage. And, gasp, check out the inside of the program. 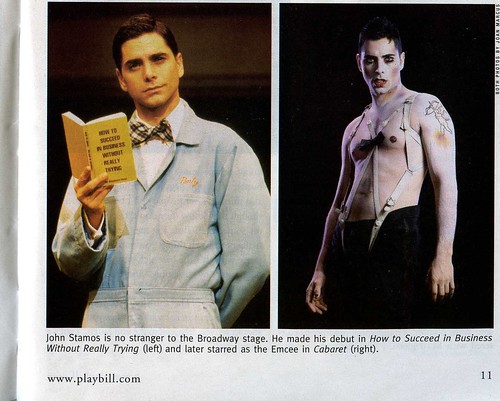 Rand refused to honor my request to “have it laminated” so I could “make-out with it.” And considering that his grandparents joined us for the show, that might have been for the best. Maybe. 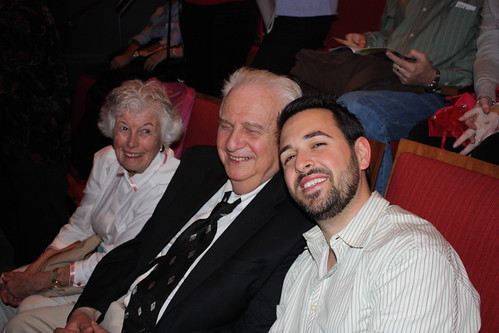 I can't believe I included a photo this sweet and adorable in a post that mentions the movie "Showgirls". I am going to hell.

In all fairness, the show may have not been the tour-de-force I’m making it out to be. The pacing and numbers were inconsistent, and the second act wasn’t very strong. But, seriously, the two of them could have read a phonebook together and I’d have been happy.

Which, by the way, gives me a great idea for a musical …

“Dial A for Automotive Repair!” STARRING JOHN STAMOS AND GINA GERSHON. Hey, if it makes it in New York, it’ll make it anywhere.