Many months ago, I lost our camera.

It absolutely sucked. We were coming back from Germany, and in my usual frenzy of documenting every damn thing I see, I had my camera out. I thought it was in my pocket when we deplaned, but it must have fallen out onto my seat, and the second we were past security, I realized it.

We immediately went to the NWA counter and told them what happened. I figured that unless someone had grabbed it off the seat, they’d find it. Hell, the camera was even a bit unique – it was blue, so it could be easily identified. The clean-up crew was currently going through the plane right now, but the guy at the counter told us they hadn’t found anything.

We filled out a lost item form and left. I felt awful, and not terribly optimistic. The camera was brand-new (I had only had it a few months), and if they didn’t find it in the minutes after it was lost, they weren’t going to find it later, it seemed.

Rand, never one to blame, responded to the whole situation by buying me a Canon Rebel. Have I mentioned how awesome my husband is?

I figured that was the end of the story. We had already uploaded some of the photos from the camera before it was lost, so I was out $200 and a few days’ worth of photos.

Fast forward six months, to September. Rand and I were in Oslo, when he received an email from someone at Delta. They had found our camera. Rand woke me up to tell me the news, and in my jet-lag haze, I didn’t really understand what was happening. But basically, the story went like this:

It took some seriously awesome research skills, tenacity, and quite a bit of going out of his way. Seriously, that dude needs a raise. Do you hear me, Delta? GIVE STEVEN ROOS A RAISE. Incidentally, Steven’s email address is a @nwa.com address, which means they’ve merged their emails, but not their Lost & Found system. Someone really needs to get on that.

But honestly, I shouldn’t be criticizing. Because my camera came back, and with it came all the photos I’d thought I’d lost. Here are a few gems from that memory card that I never thought I would see again:

This is my father, feeding the birds outside his house. He complains about them, he curses them, but he keeps feeding them, and wonders why they don’t go away: 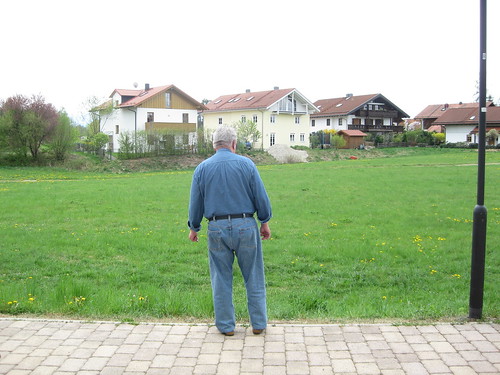 This is the breakfast prepared for us at my dad’s house. He complains about us, he curses us, but he keeps feeding us, etc., etc.: 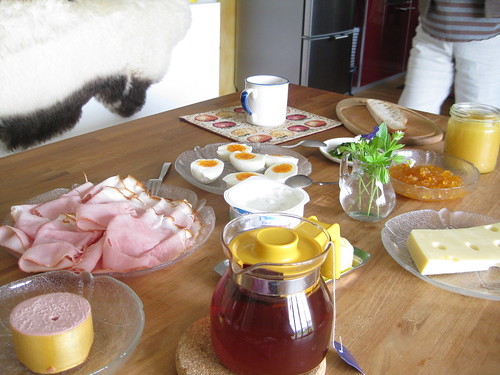 The joy that comes from a perfect pretzel. Notice how my eyes are unfocused? I am drunk on carbohydrates. 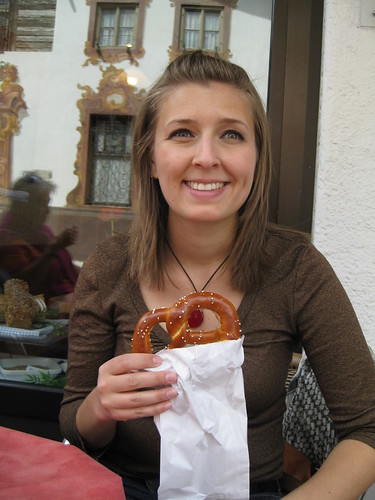 This image is tagged "German Pretzel drunk with happy"

Here’s a photo of my dad smiling. This never happens. I was a little worried it was a facial tick or something, but apparently he was just … happy. 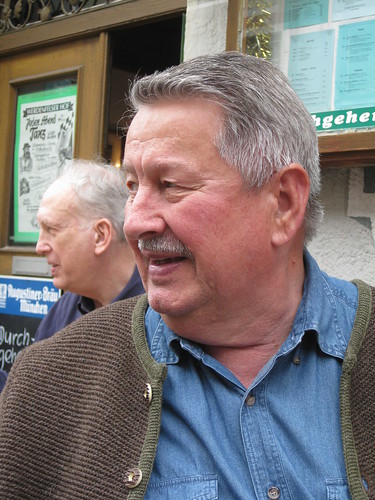 There are fewer photos of my father smiling than there are pictures of Bigfoot sightings.

Seriously. The man never smiles. He could frown his way through eating an ice cream cone. Which, by the way, he has: 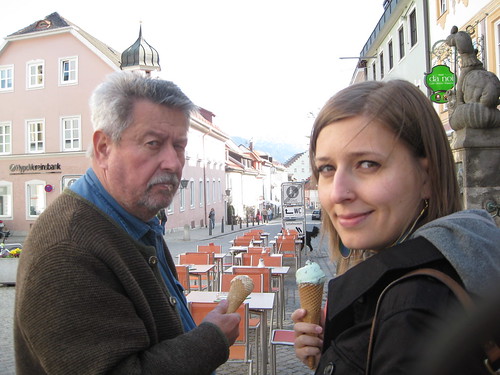 I actually love this photo immensely, because it captures my dad's essence so well: cranky.

I also took bad-karma inducing photos of unsuspecting women eating sausages (which is why I think I lost the camera in the first place). I’m posting the pic anyway because I thought it was funny. However, for the sake of anonymity and human decency (see? I have some), I gave them Geordi LaForge visors. 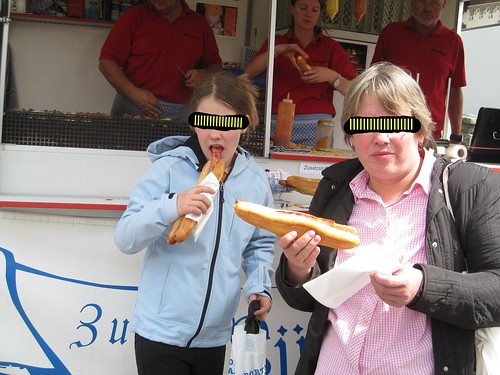 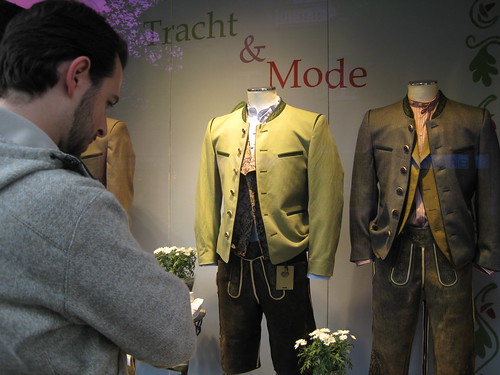 And, to top it all off, the lady who does Delta’s in-flight safety video. Rand was really, really scared of her. And for the record, he likes red heads. 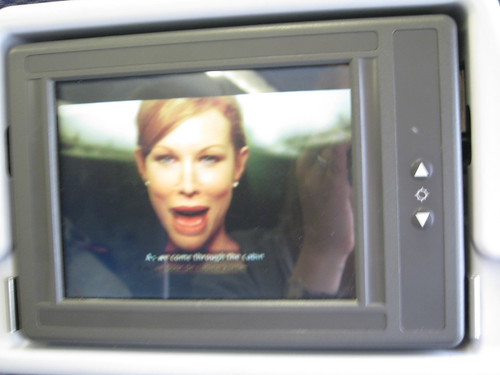 For some reason, in my head, she speaks LOLcat: "I IZ GONNA EAT UR SOLES."

Did I mention that I am so, so happy I have my camera back?