It’s my firm belief that there’s a gene that determines whether or not you like to bargain shop. I happen to have it. My husband does not. To me, there is no greater delight than digging through a bin marked “IRREGULARS NOW 75% OFF”. For Rand, he might as well be digging in a dumpster. Which, I won’t lie, I was once tempted to do, but he physcially restrained me (we were in Manhattan, and there was a huge trash bin full of mannequin pieces. It was amazing. I was forbidden to touch it).

The bargain gene also extends to thrift stores and garage sales, which I absolutely adore, but again, the hubby can’t really tolerate. One person’s trash might be another’s treasure, but to a third person, it’s still trash.

So you can imagine my excitement when we found out that there would be a citywide garage-sale in the town of Jacksonville (just outside of Ashland) the weekend we were going to be down there. And my absolute shock when Rand said, “Well, let’s go.” (I suspect it must have had something to do with it being our anniversary and all.)

Jacksonville is both creepy and adorable. The town’s roots are in the gold rush, and a lot of the “Old West” style facades on the buildings have been preserved and restored. Still, there’s something a bit spooky about it – perhaps it might have to do with the fact that the town has regular cemetery tours, or the numerous ghost stories associated with it. Though most of the time, the latter borders on the  absurd. From Jacksonville, Oregon section of GhostsOfAmerica.com:

“A person with a skeleton face dressed in gloomy robes may be perceived frequently looking for a hat underneath a parked Chevy in a Jacksonville parking lot at the stroke of midnight.”

It came as no surprise, then, that the Jacksonville garage sale, like the town itself, was a mish-mash of all things charming, strange, and occasionally creepy.

The drive into town was really lovely … 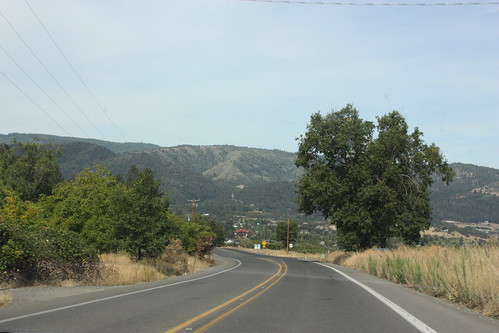 Then we saw this (keep in mind, we were there in mid-September): 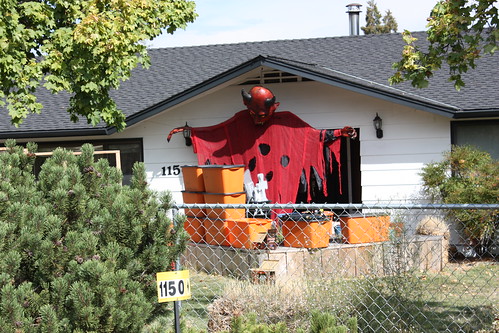 A giant pumpkin or skeleton I understand ... but Lucifer? Really?

It was 90-something degrees when we got to the garage sale, which spanned all through downtown. For those of you un-familiar with Pacific Northwesterners, 90 degrees is about 20 degrees above what Rand and I would consider “hot”. 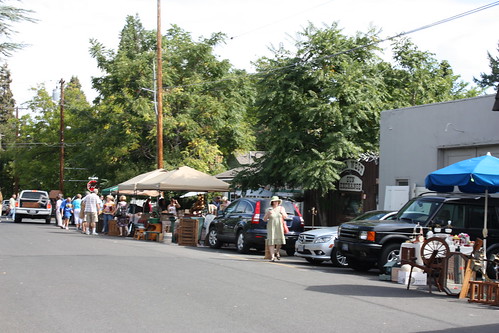 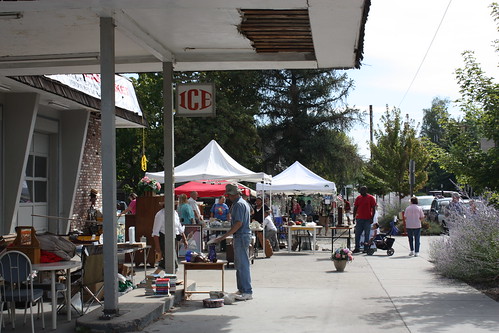 They were set up in front of an abandoned gas station ... which ranks well below "abandoned theme park" on the list of scariest places ever, but is still kinda creepy.

The stuff people were selling revealed some pretty unusual fetishes: 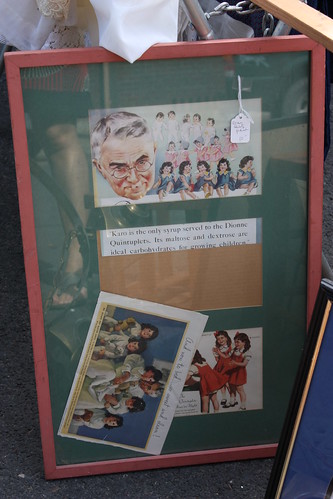 Who DOESN'T want a framed tryptic of the Dionne Quintuplets?

This peeler is described as “everyone’s household pet.” You know, for when your kid asks for a puppy and you decide to confuse and disappoint him, instead. 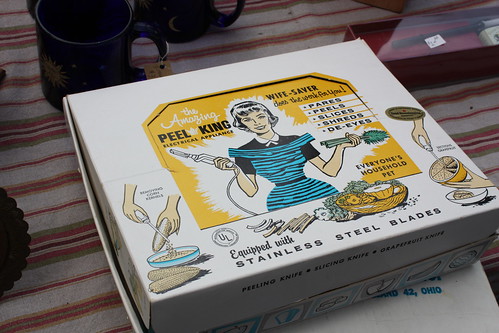 "Sorry it's no beagle, Timmy. NOW GET PEELING."

And there were containers, to be used for either storing moonshine or realizing one’s dream of being in a jug-band: 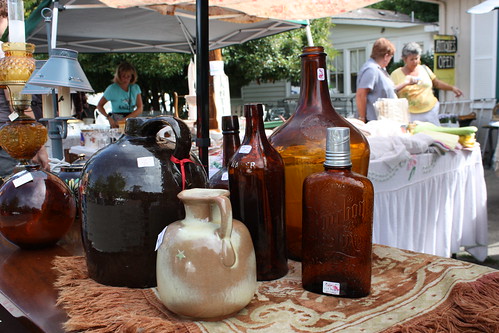 And then there was Wog.

For those of you who don’t know, I have wanted a wiener dog for roughly the past decade or so. But given our travel schedule, Rand’s allergies, and the fact that I have a pooh-phobia (even if it’s cute, tootsie-roll-sized wiener dog poohs), we cannot get one. But I long ago decided that if I had one, it would be called “Wog”: both an abbreviation for “Wiener Dog”, and the punchline to an anecdote that takes too long to tell, but involves an unfortunate middle school nickname.

Plus, you know how they say people look like their pets? Wog and I are identical. Big noses, brown hair, green eyes, short legs. Really, I dare you to try and tell us apart. Here I am: 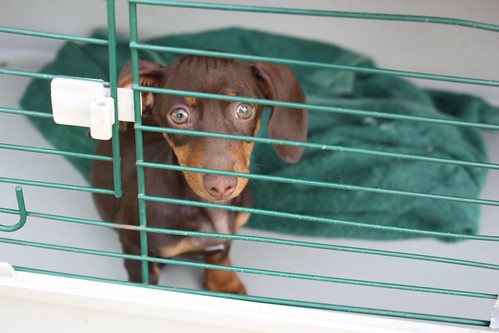 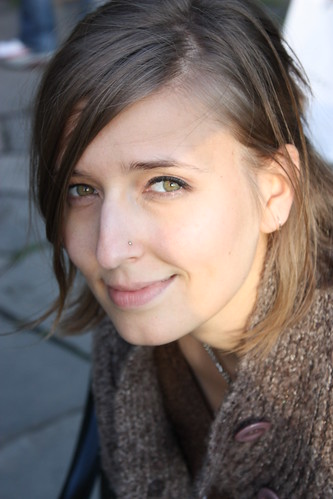 OR MAYBE IT’S THE OTHER WAY AROUND. You don’t know, do you?!! The point is, that dog was meant for me, but sadly, it was not meant to be. So I bid him adieu, and Rand promised me that he would end up in a very good home and be fine with out me. The dog, I mean. Not Rand. Rand would be a mess without me. Pooh on the floor would be the least of the problems.

So we continued on with the garage sale, while in the back of my head I wondered how we’d transport Wog back to Seattle. Of course, I ended up discovering even more candidates for buyer’s remorse. Like this: 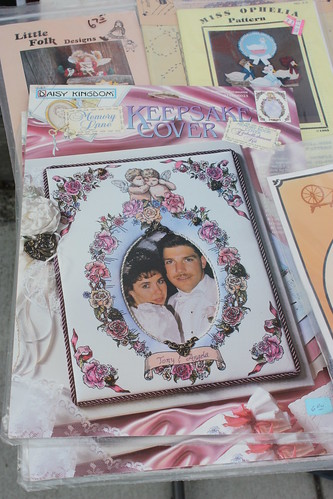 I seriously wish Rand had considered this facial hair option when we got hitched. It's so timeless.

Or this (It was missing a few key pieces, but fortunately John Boy’s mole was not among them). I am dying to know what game-play must have consisted of: 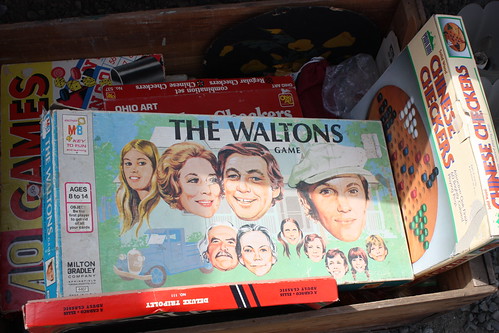 This is was parents in the 70s bought their children ... if they hated them.

Since we saw a ton of other stuff, I’ll try to be brief. No more than 5 word descriptions for everything else we saw at the garage sale … 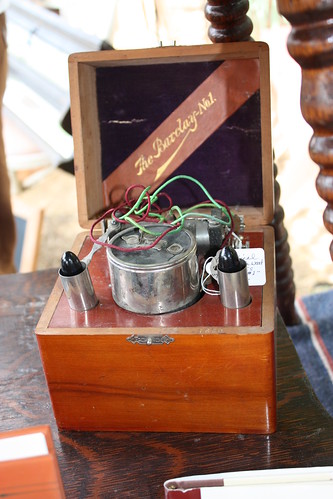 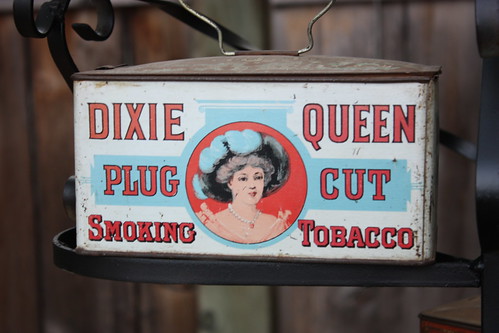 Tetanus shot up to date? 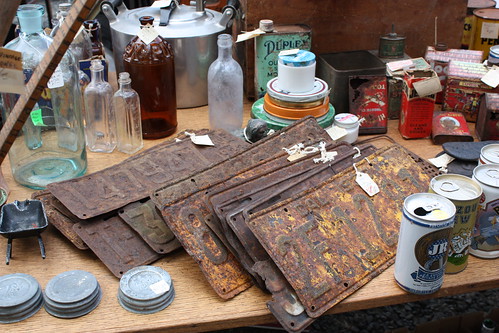 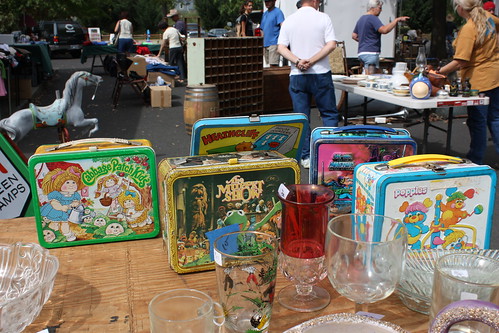 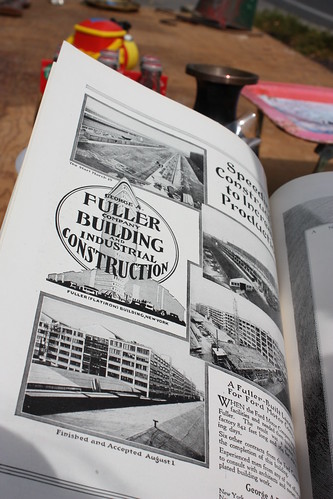 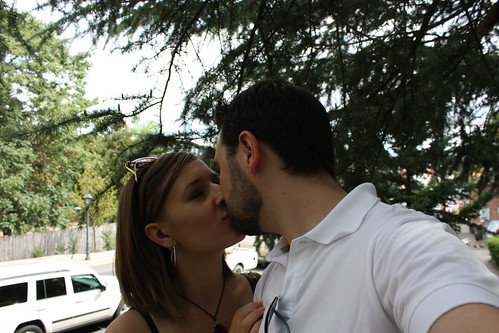 Okay, that’s seriously waaaay harder than it looks. I’m going back to being long-winded.

During our excursion, we stopped for food at the Back Porch Barbeque, which came highly recommended. While we enjoyed the decor (they really pulled off the gay cowboy aesthetic well), the barbeque wasn’t great (good, but not great). 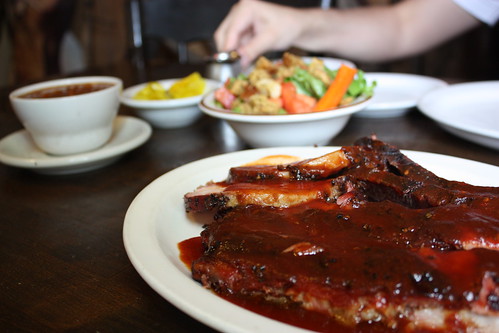 This was apparently an appetizer. 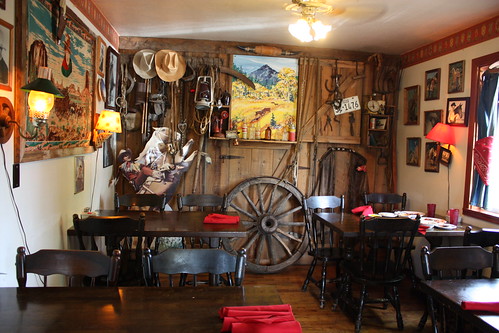 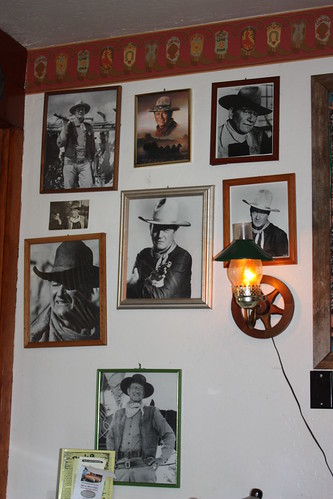 Lots of photos of John Wayne. 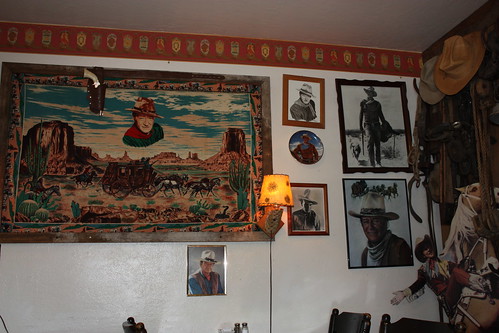 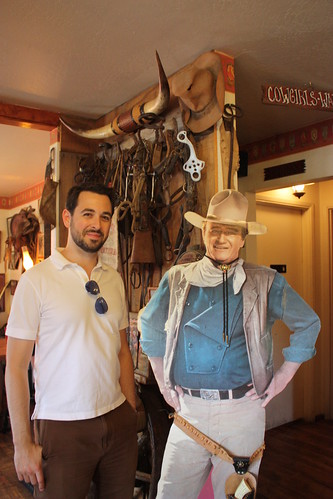 And, what the hell, a John Wayne cut-out, too.

In the future, if you’re in Jacksonville, looking for barbeque, I recommend driving a few miles over to Roscoe’s in Phoenix. They catered a barbeque for us before the wedding. Be warned, though – they are never open. Like, ever.

So, after a few hours of browsing and lunch consistently primarily of meat, we headed back to Ashland. I realized we didn’t buy anything. Which was probably for the best. After all, there was really only one thing that caught my eye … 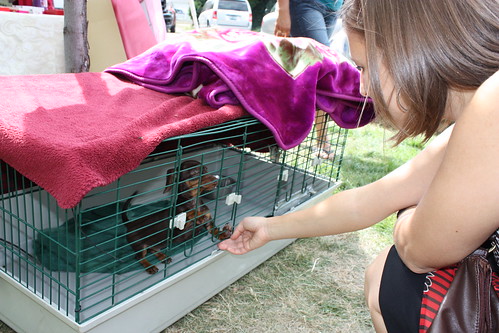 Bye, Wog. I hope you found a really good home.

In the meantime, where the hell’s my peeler?