I am going to be as diplomatic and non-judgemental as I can in this post. Which, knowing me, isn’t really all that much.

In recent weeks, Washington newspapers have been jam-packed with news of the Amanda Knox case – of the 22-year-old University of Washington student convicted of killing her British roommate while both were taking part in a study-abroad program in Perugia, Italy.

Usually, the only ties between Seattle and Italy seem to be personal ones for me. But I feel like this case has linked two places that are near and dear to me in a way I could not have imagined. I went to the UW, as did the lovely Pinguina, who studied in Rome through a similar program. My cousin’s girlfriend is attending (and teaches Italian) at the U as well.

I don’t really know what to say about the case itself except that the whole scenario sounds terribly, terribly sad.

And while I followed the case and the aftermath with a more than passing interest, this post isn’t about that. Instead, it’s about the Italian prison system, which kind of fascinated me. It’s entirely different from our own – which is strange, because you’d think that some things – like crime and punishment, justice and law, would be universal. Obviously they aren’t.

So when I was reading about the conditions in which Amanda Knox is incarcerated, I was kind of shocked. Don’t get me wrong – I am sure that prison sucks profoundly, regardless of whether or not you are justifiably doing time. But I didn’t realize how awful U.S. prisons were by comparison. Apparently, in Italy, prisoners are allowed to wear their own clothes, and have access to TVs and newspapers.

Knox is sharing her cell with another American who serving 4 years for drug possession, and the two of them share a cell with a private shower, toilet, and bidet. That officially makes the conditions they are living in slightly better than those I endured in a Spanish hostel during a class trip after my junior year of high school.

When I mentioned this to my husband, he explained how the U.S. has the worst prisons of any first world country. We also had a lengthy discussion about prison rape, which I will kindly refrain from telling you about. Bottom line: if anything ever happens that should cause my hubby to end up in the clink, I will personally tattoo “EXIT ONLY” (with an arrow pointing down) at the small of his back. 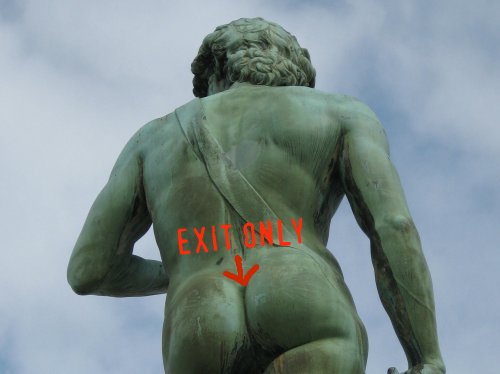 (Not my husband's actual ass)

And while I strongly encourage you not to commit any crimes, particularly violent ones, either at home or abroad,  I will say this: if you are going to end up in prison, getting to wear your own clothes and having a bidet in your cell is a pretty sweet deal.

Not as sweet as freedom, of course, but still.

In the meantime, I’m trying to push all the unpleasantness of this case out of my head, and am attempting to cognitively link Seattle and Italy together in other ways. Thinking about my last trip to Italy in 2008, with the lovely Pinguina, definitely helps. 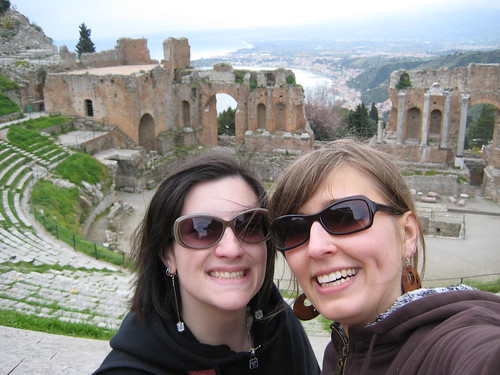 Thankfully, awesomeness is not a crime, or else Pinguina would be serving a life sentence.