So, my hubby described my post yesterday as “provocative.” I disagreed, and there might have been some jumping up and down to emphasize my point. But while my intention had been to give shout-outs to the awesome bloggers, I think there was too much focus on my part on the negative side of of things (hell, it was a Dick Move! post, after all). I got a lot of emails and messages from people apologizing, thinking that they had offended me (note: don’t start unfollowing people on the same day you said you unfollowed someone who pissed you off. It’s a recipe for disaster. Including some notes from a few people who said, “What the heck? I’m not even a travel blogger. Why are you mad at me?”). So, in short, I want to say that I love you all, and stop worrying: it wasn’t about you. It really wasn’t.

And just to be on the safe side, I’ve decided to make it clear who I’m talking about in this post. It’s about me. Most specifically, about the stupid things I’ve done while jet-lagged or half-asleep. And I promise, all of these stories are true and unembellished. Looking through them, I realize that it sounds like I might be a little off, but keep in mind that my sleep deprivation in each of these cases was pretty damn extensive. 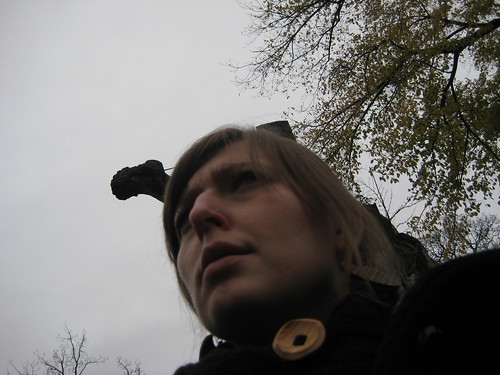 Wait ... where's my hotel again? And what's that thing sticking out of my head?

But … I can’t be the only one, right? Right? So please, please – if you’ve got stories about your own crazy jet-lagged neuroses, share them below, and let me know that I am not alone.