Skip to content
Posted in: Rants and Raves, Top Ten

Are you taking a photo?

Are you taking a photo inside a museum?

THERE’S NO PHOTO-TAKING INSIDE OF MUSEUMS!!!

These words often play through my head whenever I’m inside of a gallery or a museum. Even if a museum allows photography (hopefully without a flash) it just doesn’t seem right to me. And if it doesn’t allow photography, and you still try and take a photo? Someone should slap your mother.

Of course, I’ve taken a few forbidden pictures in my time (never with flash, of course). But that was in the name of journalism. And by journalism, I mean blogging. But this isn’t about me. 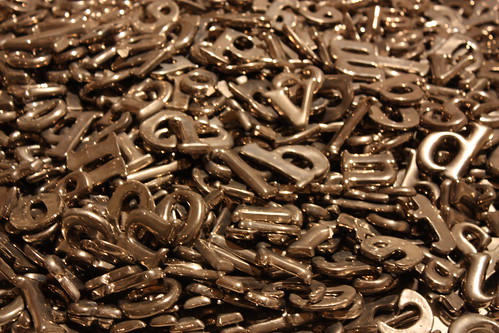 Also, I might have taken a photo of this installation at the LACMA museum. But Katie put me up to it.

It’s about those bastards who keep taking flash photos of art.

Once, years ago, I was at the MOMA in New York, and all hell had broken loose. It was a particularly crowded day, and everyone was taking photos. With flash photography. One girl literally got so close to Monet’s Water Lilies that I’m pretty sure her lens was touching the canvas. I nearly had a panic attack. It was a bad, bad thing. There were flashes going off all over the place, but the staff was too busy with I-don’t-know-what (drooling on their uniforms?) to notice. Seriously, if ever there was a need to bust-out some old school New York ‘tude, that was the time.

Then, as I passed by Andrew Wyeth’s Christina’s World, some guy asked me to take a photo of him and his friend in front of it. I had a speech prepared just in case this was going to happen. Something along the lines of “How DARE you reduce priceless works of art to photo opportunities? Do you think that will somehow give you ownership over it? It won’t. It’s ART. It belongs to no one and everyone, you miserable poseur dilettante.”

Of course, what came out instead was something like, “Oh, I can’t … I’m terrible at taking photos.”

I am such a wimp. But I still stand behind my convictions. And in case you would like to as well, here’s 10 reasons why taking photos of priceless works of art makes you a d-bag:

Of course, I know there are a lot of folks who disagree with me – whole Flickr groups are dedicated to the topic. But frankly, I just don’t think that one grainy image is worth the risk of damage to priceless works of art. What are your thoughts? Is photo-taking in museums taboo? No big-deal? A slap-worthy offense? Do tell … in the comments section below.