I don’t have kids. I won’t insult anyone who does have children by pretending I understand what it’s like to have a child. I can only assume that it’s unbearable. Not that it isn’t wonderful and amazing and all, but just that loving someone so entirely and completely must be kind of exhausting and all-consuming and kind of difficult to stand.

I say this because I spent about a week with my cousin’s kids, and I swear, my heart couldn’t take much more than that. When you kneel down next to someone and ask them what they want for Christmas, what would make them happier than anything else, and they reply in a raspy little voice, “a choo-choo train” … Christ. I just can’t take it. It feels like my heart will implode. 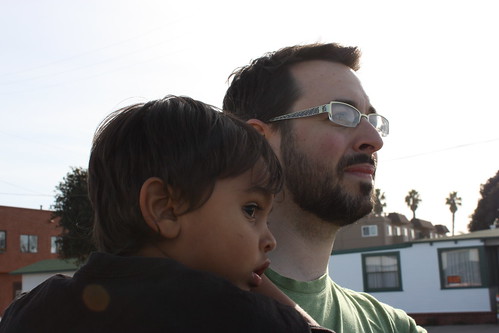 We totally bought him a choo-choo. I'd have gotten him a real damn train if he had asked.

I don’t understand how people have children.

But more than that, I don’t understand how people travel with children. My cousin seems to do it fairly regularly. With three of them in tow. Of course, he seems to have a system: 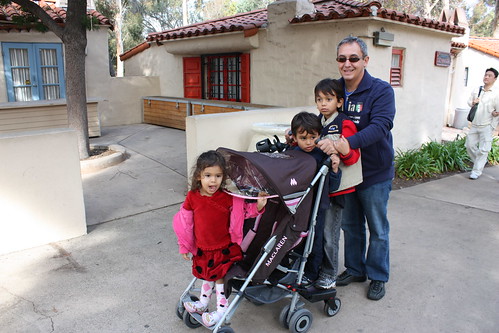 That system being "pile them on a stroller like it's a train heading for Mumbai."

But when he and his wife and kids arrived in California, they found that one of their bags was missing – the one containing all of the kids’ clothing. His wife later noted that, since with kids you will generally always have to check a bag, she should have mixed up the clothes a bit. Added some of the kids clothing to her suitcase and vice-versa, so that if one bag was lost, they wouldn’t entirely be up sh!t creek.

And frankly, I thought that was a brilliant idea. Maybe other people with children have already realized this (and also found some way to make sure their hearts stay intact throughout their offsprings’ childhoods), but to me it was an absolute revelation. So keep that in mind if you end up traveling somewhere.

As for my cousin’s kids, I am pleased to say that their clothing arrived the next day, hand-delivered to the door by the airline. Which was just in time, because at least one of kids had been wiping his nose on his shirt (so … maybe not everything about having kids is unbearable. But I’m pretty sure what isn’t unbearable is snot-covered).