On the same day that I caught the bus tour and saw Kelvingrove Museum, I also stopped off at Glasgow University to see the Hunterian Art Gallery and the Mackintosh House.

Because, clearly, I don’t know how to pace myself. I generally find it to be a bad idea to hit more than two museums in a day, especially if they’re big ones (fortunately the Hunterian was pretty small). I remember once Pinguina and I decided to the Uffizi and one other museum in the same day (which I barely remember, because I slept through it – maybe The Accademia?) and it was a bad, bad idea.

Consequently, you will have to forgive me if my coverage of the Hunterian Art Gallery and the Mackintosh house is spotty at best.

Located on the grounds of the University of Glasgow (which means that gorgeous college kids from all around Europe and even the U.S. are milling about) the Hunterian Gallery has blissfully free admission (and we all know how I feel about that). I wasn’t expecting much, owing to the size of the place, so when I wandered in and found room after room after room of Whistler’s work, I was floored. The collection is solid. No pics of the inside, of course, but the exterior is cool in an industrial sort of way. 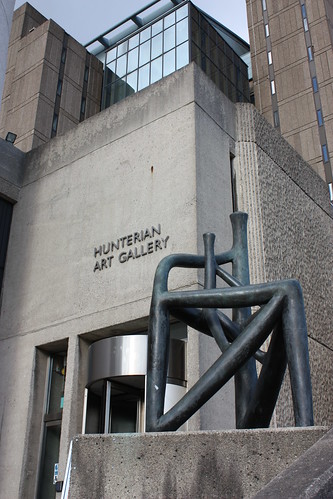 Not pictured: beautiful hipster college kids who were handing out TopShop catalogs.

At the back of the Hunterian is a sculpture garden. I’m lukewarm on sculpture gardens. On the one hand, you can’t kill them as you can a regular garden. On the other, they are kind of creepy and occasionally rusty. They truly are the zombies of gardens. 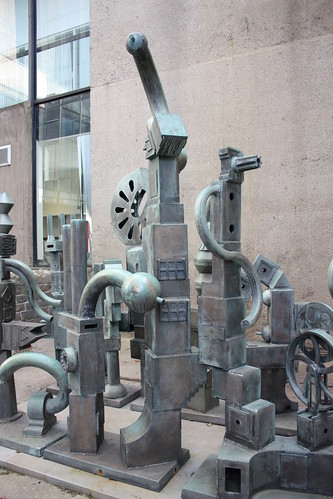 You know, even wide awake I don’t really appreciate this. 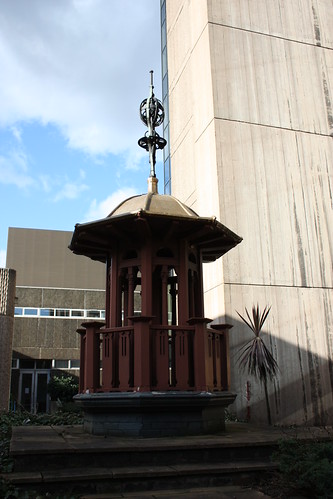 And all this did was get me thinking about the glass elevator in “Charlie and the Chocolate Factory.”

I didn’t actually walk through the entire thing because, as I mentioned, I was tired and feeling grumpy. I’m rotten, I know. I bet Rick Steves never quit on something halfway through because he was a sleepyhead. Then again, I refuse to wear pleated chinos. So we’ve both got our virtues.

After the Hunterian, I actually paid an admission fee (I know, I know – but it was only 2 pounds, which is about $12. So not a huge deal, right?) to get in to see the Mackintosh House. While I am going to get this woefully wrong, my understanding is that Charles Rennie Mackintosh was an incredibly influential and prolific architect and artist in Glasgow in the late 1800s/ early 1900s. He designed numerous buildings (many of which can be seen on the Glasgow City Bus Tour) and sometime in the 1960s, his Glasgow home was meticulously recreated on the grounds of the university.

While not a huge fan of architecture or interior design (most people who see our apartment ask if we’ve just moved in, even if we’re been there for years) I was pretty floored by the Mackintosh house. Not to sound as though I have any idea what I am talking about, the place looks as though Mucha and Juan Miro were suddenly the head designers behind IKEA. It’s all incredibly trendy and modern, which is shocking when you consider that it was put together well over a hundred years ago. You can see the origins of so many familiar designs – I’m pretty sure I spotted my dining room chair’s great-great grandfather. If that sort of thing at all interests you, I suggest making a stop. 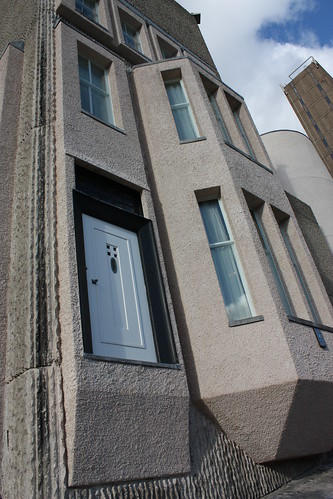 The exterior of the Mackintosh house. Notice the front door to nowhere.

After visiting the Gallery and the Mackintosh house, I roamed around the university a bit, though I saw very little of it in total. I was shocked by how many American students I had encountered. I’d never even considered doing a semester abroad in college, and the idea that you can do so in an English-speaking country? Kind of a sweet deal. Lazy, but nevertheless sweet. 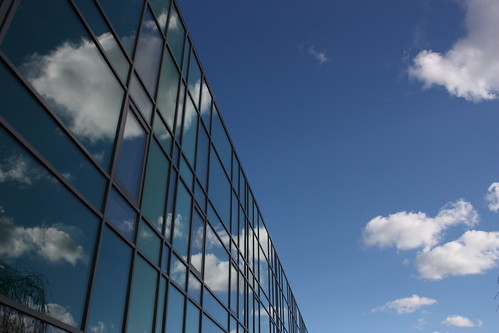 I just thought this was nifty. 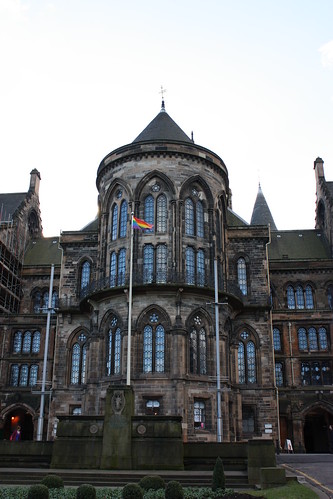 Loving the rainbow flag out front.

All in all, I was glad I stopped, but had some regrets that I didn’t visit the Transport Museum instead. Apparently it’s amazing. Since I doubt I’d do the Hunterian or Mackintosh house again (they weren’t bad, but once is definitely enough) I may have to put it on my list for next time.