During one episode of Mad Men (which I realize I mention at least three times a week in this blog, and if you haven’t seen it, please do so RIGHT NOW. I’ll wait … Done? Good.), Don tells Betty that they need to go out with some important clients. Betty, deflated, replies, “Is this the one where I talk, or the one where I don’t talk?”

It is a line that, occasionally, I have used on my husband, though perhaps not very apt.

“You can always talk,” he tells me. Nevermind that it has gotten me into trouble on more than one occasion.

There was, for example, the time I got into a conversation with a lovely gentleman from the east coast who asked me what I did. I explained that I had started out in editorial journalism, but decided it was “utter crap” and considered broadcast journalism, which I deemed “even crappier” and basically had settled on blogging and freelancing, because it was “less crappy than journalism.”

Turned out the gentleman I was talking to sat on the board of the Washington Post.

Don’t tell me I don’t got a way with words.

And then there’s the investor in Seattle who thinks that I’m either 1.) insane, 2.) on drugs, or 3.) insane and on drugs. During the few times we’ve talked, I 1.) had a temporary bout of Tourette’s, brought on by “those crazy fuckers in my hot yoga class”, 2.) fell dead asleep at the table, a result of jet-lag mixed with the incredibly strong prescription headache pill I took (so, you know, I was actually on drugs, but still).

In other words, he probably has a very accurate picture of who I am.

Fortunately, there are some folks in my hubby’s industry who don’t seem to care that I am the cussing, demented, pill-popping person I come off as. And I get to see them all over the planet, as Rand travels a lot for conferences. Most recently, I saw them in San Diego.

Of course, there were all reasonably and wonderfully well-behaved. 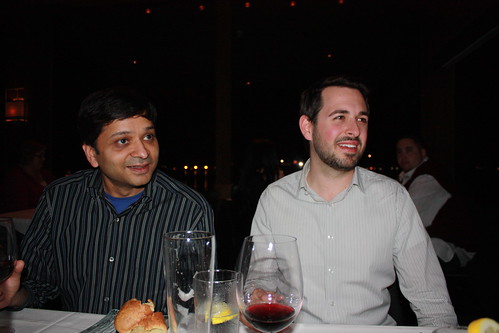 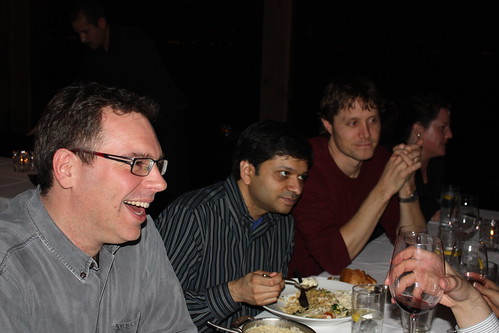 Look how attentive they are! And no crimes are being committed in this photo! WOOT!

And it was at that moment that I realized that I am an instigator of a lot of bad behavior. Well, me, and Laura. 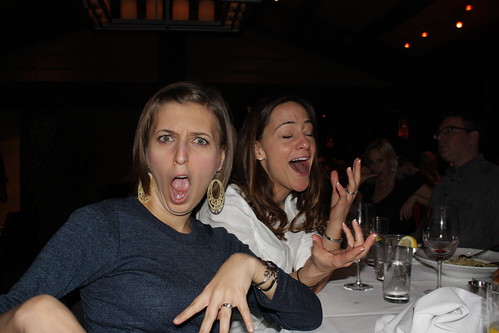 And I'm not even gonna pretend I understand what I was doing here. 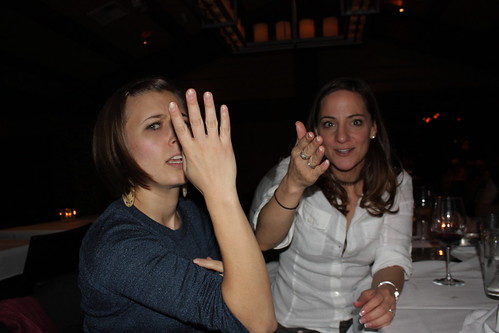 And also my husband. He is in no way innocent of anything. 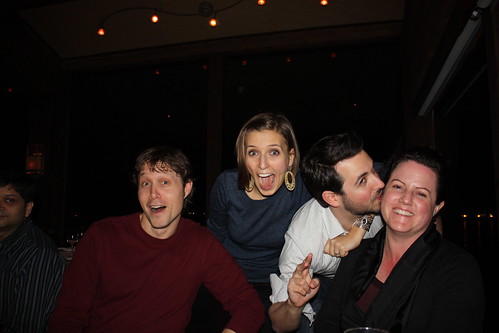 My hubby got frisky. I'm not sure if I should apologize to Jorie, or what.

Honestly, half the time, it’s like Dharmesh is our babysitter … 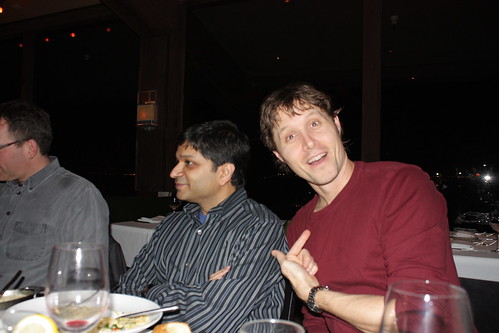 And the rest of us are the screaming second-graders he has to look after. 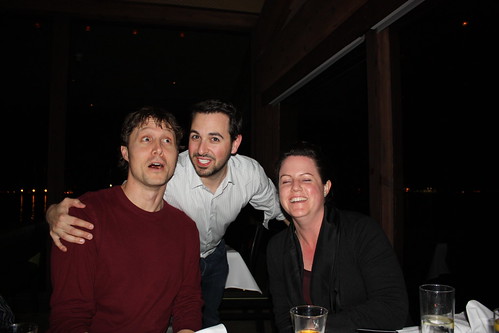 I didn't even think to ask what Rand has said to cause that response.

He basically sighs and offers to pay for anything we happen to break, and occasionally goes along with whatever we want so we don’t erupt in temper tantrums. For example, when my husband found out they wore the same size shoe, and insisted that they trade, he did: 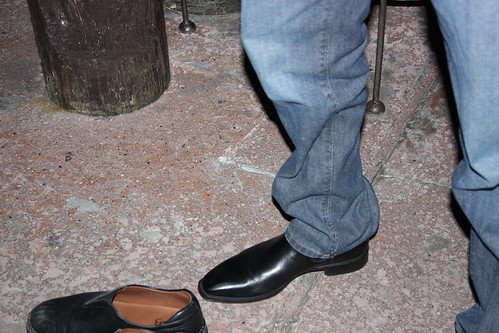 And Rand put on Dharmesh’s shoes, upon which he immediately insisted that Dharmesh buy some new ones. My husband can be vicious. 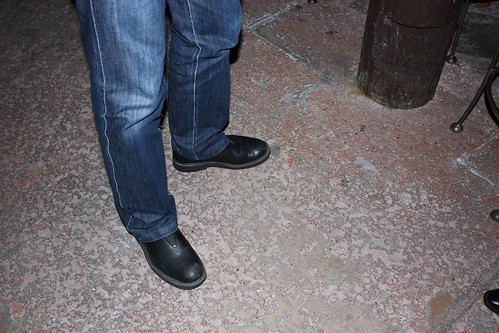 You never realize how girly your hubby is until moments like these. I mean, those shoes are way too ... "boy" for him, right?

And when Rand insisted they climb a ginormous novelty chair together, Dharmesh went along with it, though not entirely amused about the whole thing. 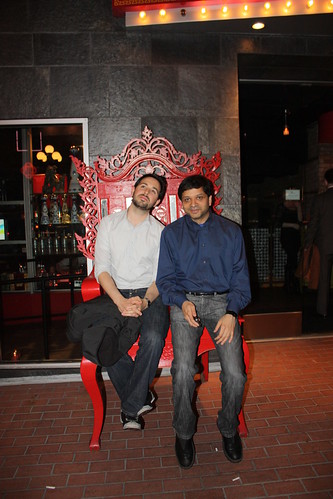 Notice how their feet don't hit the ground.

Really, I wish there was some way to thank him for putting up with all our crap. 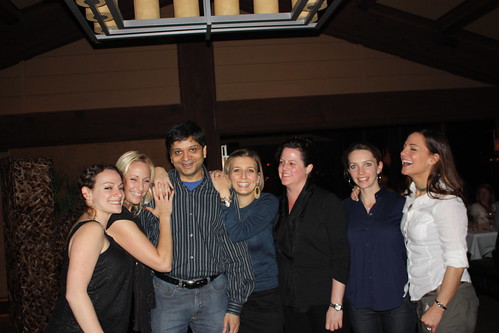 Yes … well, I suppose that is a start.