First off, a brief apology. I am sure that I have flipped off the vast majority of you in traffic. On more passive aggressive occasions, I may have intentionally picked my nose in the vicinity of your children, thereby affirming the belief that it’s not only okay and acceptable, but it’s fun! Enjoy trying to break them of that habit.

However, all of that is in the past (and by “past”, I mean, “foreseeable future”), because I’m here to give you a bit of HOLY-CATS-THAT’S-AWESOME advice. And it is as follows: Visit the Willamette Valley wineries in Oregon. Immediately.

Oh, hush: I do not CARE if you have other obligations to tend to in our fair city. The kids can drop themselves off at daycare for once (plus, you don’t want those little nose-pickers in your car anyway). And stop whining that you’re going to miss Great Uncle Lou’s last days: it’s called hospice for a reason. It’s because it’s hospitable. He’s not going to notice you’re gone: he thinks it’s 1943, anyway.

Besides: OREGON WINE COUNTRY IS AWESOME. Here are just a few reasons why.

1. It’s must closer to Seattle. I’m not going to lie: I suck at geography, and I don’t really know where Napa is. But I know that Oregon is, like, a MILLION times closer (no hyperbole). 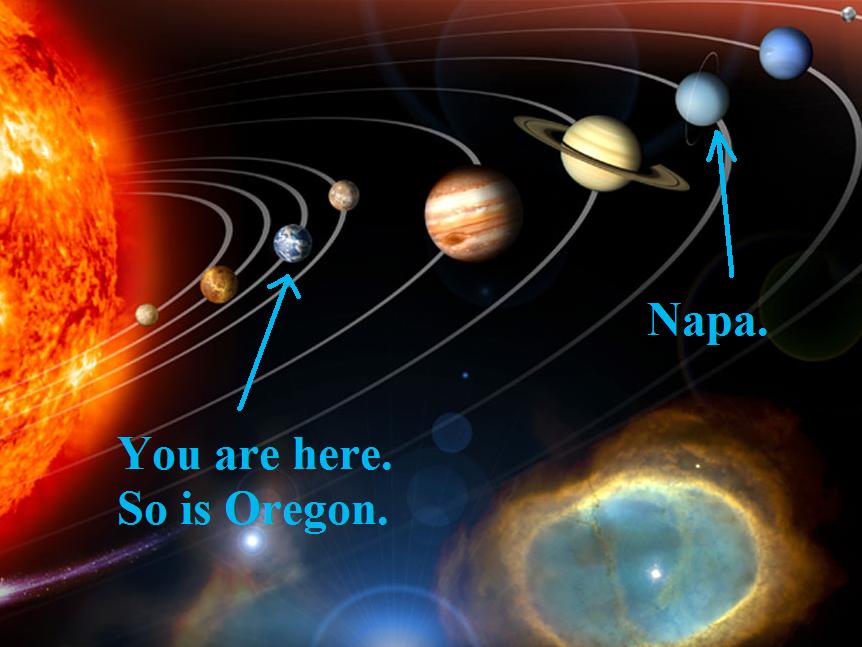 Hee hee. It's on Uranus.

2. There’s no sales tax in Oregon. None. For people in Washington state, that’s like a 10 percent discount on everything.* The only downside is that most things purchased in Oregon are made of hemp. (*Of course, this is only true if you cheat on your taxes, failing to retroactively pay sales tax on all tax-free Oregon purchases come April. And I would never endorse defrauding the U.S. government in any way.) 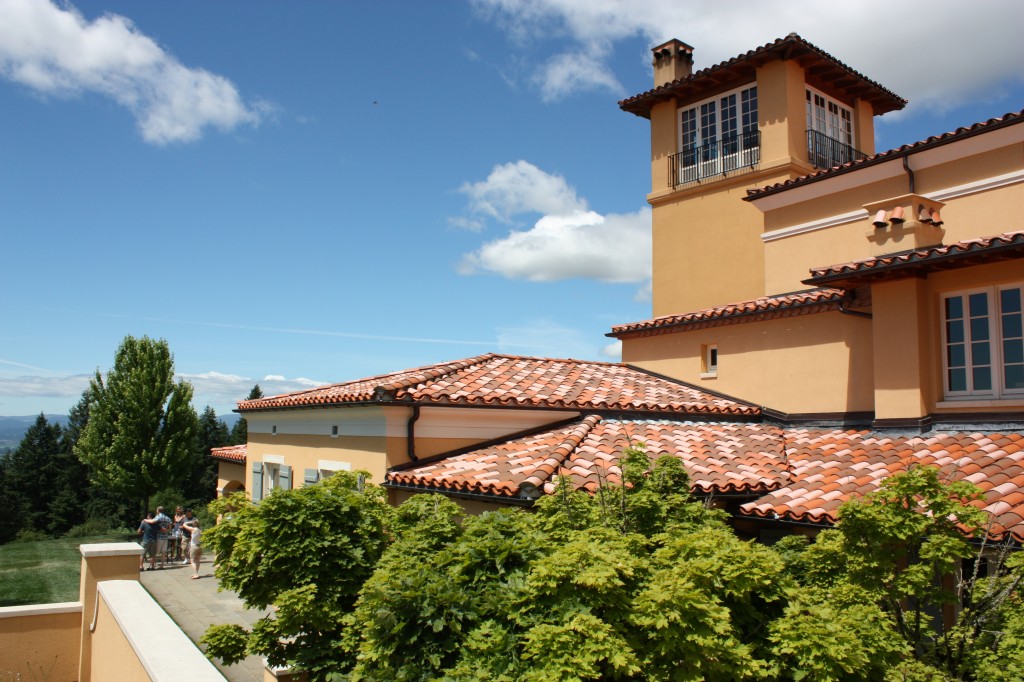 This entire building was made from hemp. If you licked the paint on the walls, you got high (though according to my buzzkill hubby, it was just "lead poisoning.")

3. Matt and Kim live in Oregon. I know, I know – you probably don’t know who Matt and Kim are. But they’re awesome, and if you drove down to Oregon, your chances of meeting them increase by, like, a thousand percent. 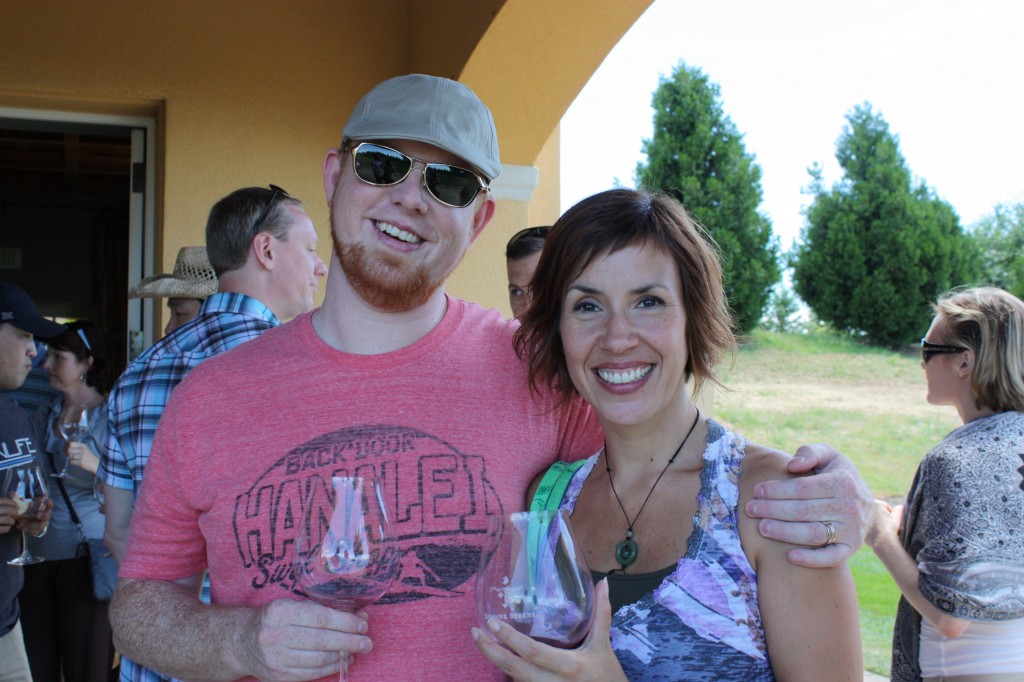 Matt kind of looks like a hobbit in this photo, but they're still awesome.

4. Everything will be far less expensive than its California counterpart. Accommodations, restaurants, wine tastings, and even the wine itself is going to be way cheaper in Oregon than California. A few wineries even have picnic tables and recreational areas, so you can bring your own awesome selection of food. This either qualifies you as a connoisseur, or a hobo. 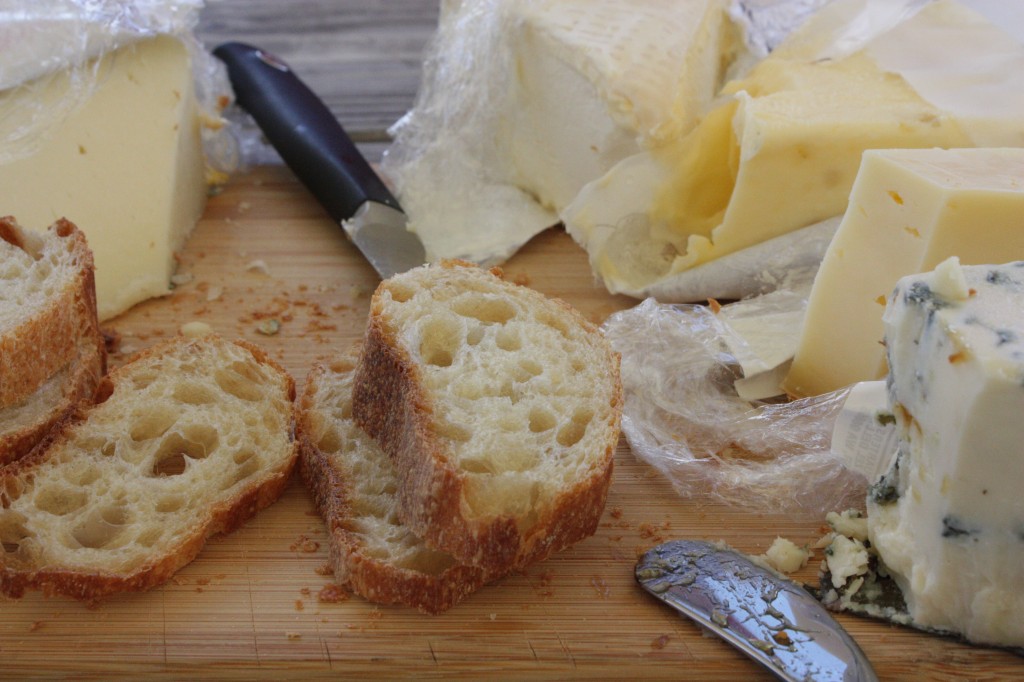 What? Hoboes can be foodies.

5. There are fewer crowds. My husband gets upset when I use the phrase, “It’s so crowded – it’s like the Black Hole of Calcutta at happy hour.” He’s says it’s offensive. So I’m not going to use that term. I’m simply going to say that attending a wine tasting in Napa will leave you more squished than an elevator ride at a Dom DeLuise look-alike convention. 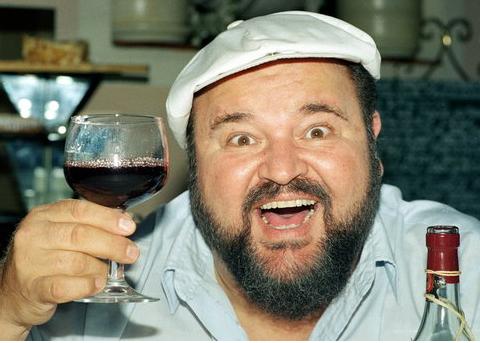 6. It’s gives you way more (yuppie) street-cred. Now that Napa has become mainstream for the upper-middle class, you’ll need to do more to impress your foie-eating friends. One the “hot” list for young urban professionals: scented oxygen appetizers, straddle buses, and Oregon wines.Yay! 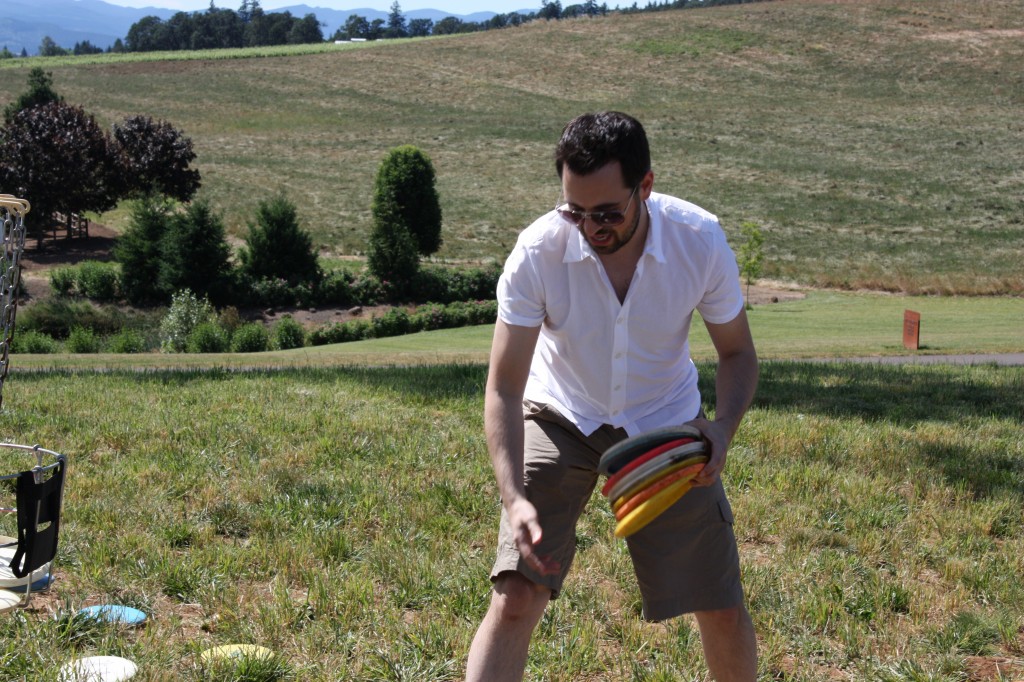 7. You can hang out in Portland. Again, I have no idea about geography, but I assume that Napa is in the middle of nowhere, and consequently a no-man’s land overrun by cannibals and mutants. Instead of isolating yourself in the California countryside with your friends (which, HELLO? – so the makings of a horror movie), you can chill in Portland (a city that lacks any major structural landmarks, making it immune to alien attacks). Yay! 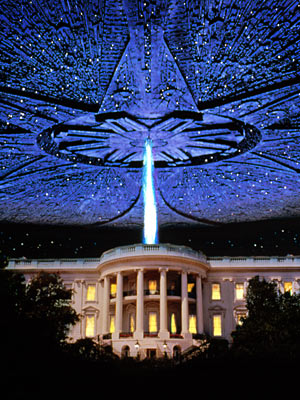 This would never happen in Portland.

8. The weather is awesome. No, seriously. The Willamette Valley is not, like the rest of the Pacific northwest, reminiscent of swamp that was accidentally left in the universe’s refrigerator (what? I suck at analogies, too). During the summer, the days are sun-drenched and warm, and because we’re further north, they’re longer, too. 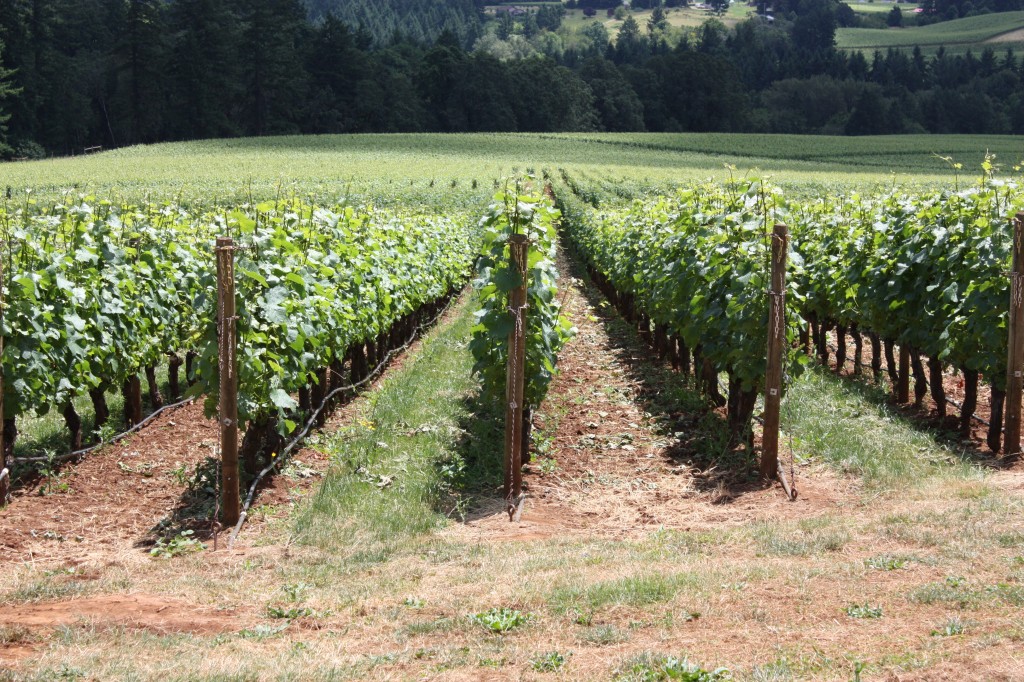 There. That’s it. Eight perfectly good reasons to (temporarily) abandon all your responsibilities and drive down to Oregon. Just be sure to properly say good-bye to Uncle Lou. I don’t want that on my conscience.