Since yesterday consisted of an entire post dedicated to my mom’s insanity brilliance, I thought I’d take a minute to talk about my brother, Edward …

Rand and flew down to L.A. for about 24 hours last week. It was a quick trip – there and back, with one night in a hotel (which is likely the most frustrating thing I’ve ever had to pack for, because I take just as many toiletries for one night as I would on a week-long trip). Oh, and a quick opportunity to see my brother. 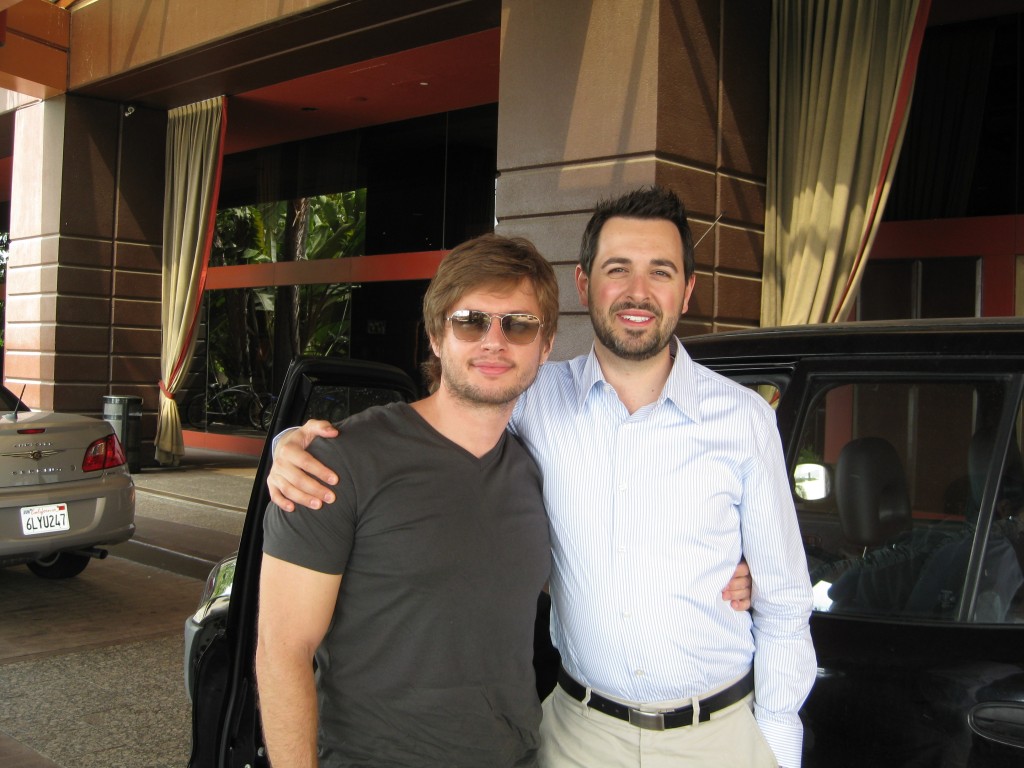 He drove us around a lot, which is uncharacteristically kind. We grew suspicious that he was going to charge us.

There is a peculiar soundtrack that plays in my head every time we travel down to visit him. While not a fan of most of the Gavin Rossdale catalog, I often think of the song Everything Zen whenever I go see Edward. In particular, I think of this line:

“Should I fly to Los Angeles, find my asshole brother?”

Rand has take to paraphrasing this line before we book any trip to L.A.

“Hey baby, should we fly to Los Angeles? We can find your asshole brother!”

It’s not that my brother is necessarily an asshole – though during our last trip to see him, he managed to inadvertently say I needed liposuction in the first 30 minutes of seeing us. It’s just that he says whatever crosses his mind. Unfiltered.

And HOLY CRAP do terrible things cross his mind.

On occassion, it’s hysterical. Other times, it’s cringe-worthy. And so, though I only saw him for a few hours, I managed to pick up the following gems. Enjoy.

“Whenever I want to see hipsters, I just want to say, ‘Ironic is not a look. You’re fat.”

“I’m like the anti-Logan’s Run: Everyone under 30 should die.”

Said to our absolutely adorable waiter at dinner:

(Don’t worry, the tip left for the waiter – who was so freaked that he brought us free ice cream – was substantial.)

Regarding a dispute about … something. I really can’t remember. But I’m sure it was important:

Edward: The internet pays your bills.

Regarding a part he was up for that he didn’t get:

Me: So who got the part?

Edward: THE GUY WHO GOT THE PART.

Regarding my brother’s wife:

Me: She’s a really sweet girl. I hope you’re nice to her.

Edward: She knows what she married.

It is equal parts mortifying and hysterical every time I visit him. I miss him very much, and yet have no desire to head back down to visit him any time soon. Fortunately, he is now on twitter. Here are some gems from his stream … 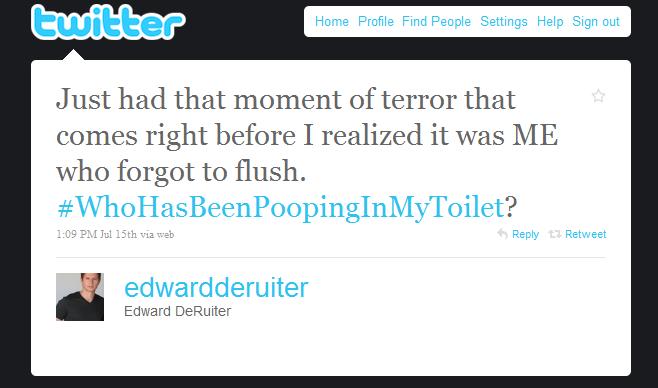 Like I said, he’s an asshole. A very funny asshole.