I am always amazed when I rifle through old vacation photos. There are pictures of Rand and myself from only a few years ago, but, dear god, it might as well be a lifetime ago. As I stare at them, I wonder what exactly we were wearing. And what’s going on with our hair.

In five years, a city doesn’t change much, if at all. Trees are barely taller. Roads are virtually in the same condition. Five years in the lifespan of a building are insignificant, especially in cities that have been around for hundreds of years. The landscape remains static. 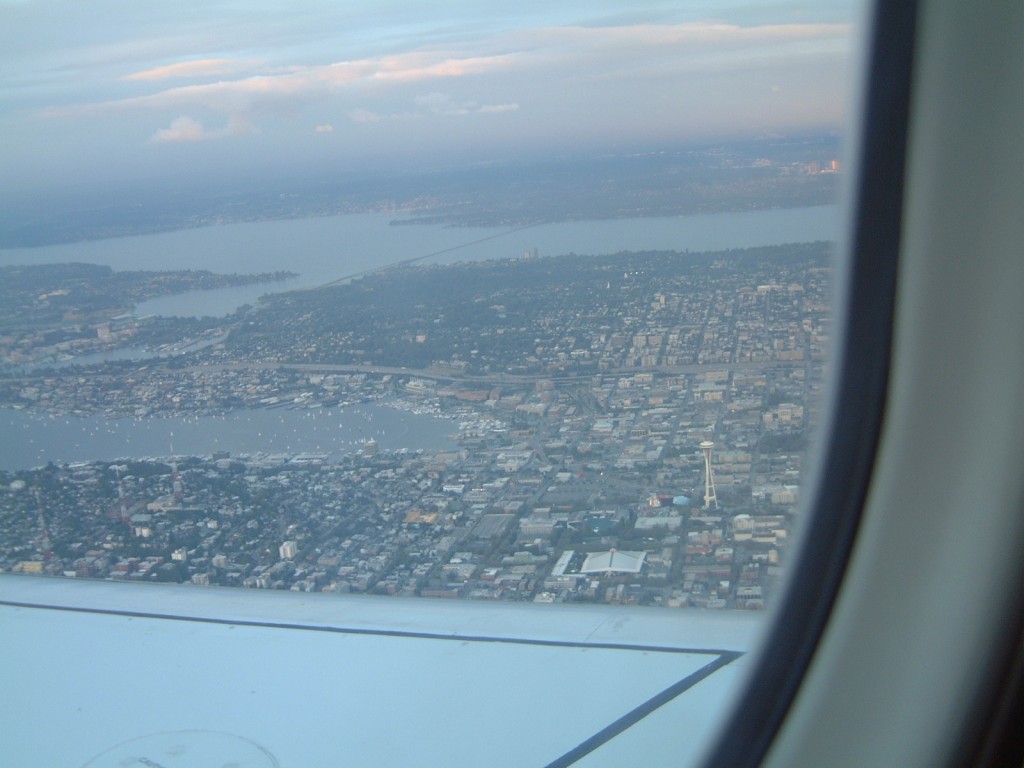 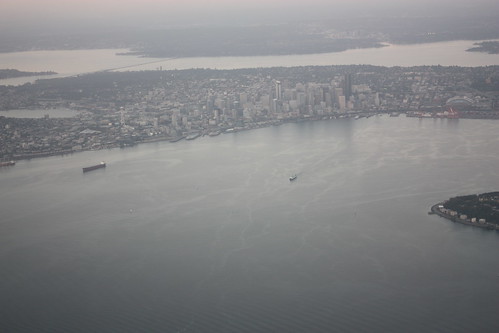 But five years to a person? To a relationship? It’s a different thing altogether. Almost exactly five years ago, Rand and I went to San Francisco together. We’ve been plenty of times since then, but for some reason that trip kept coming to mind last week as I roamed the city. In August of 2005, I was 24. The trip was to celebrate my upcoming birthday, and my new job at Cranium, which I was set to start the following week. New things were just around the bend. Everything was at my fingertips, anything seemed possible.

And now? I am going to be 30. Cranium came and went – a brief but significant part of my life. For the first time ever, I was paid to write. As our time there was drawing to a close (and we all knew it) I remember telling my boss, “This job made me a writer. I’ll always be grateful for that.” It was a bittersweet end.

So much has happened in five years, it’s hard to comprehend it all. The sets of the play remain the same. But the actors look different. 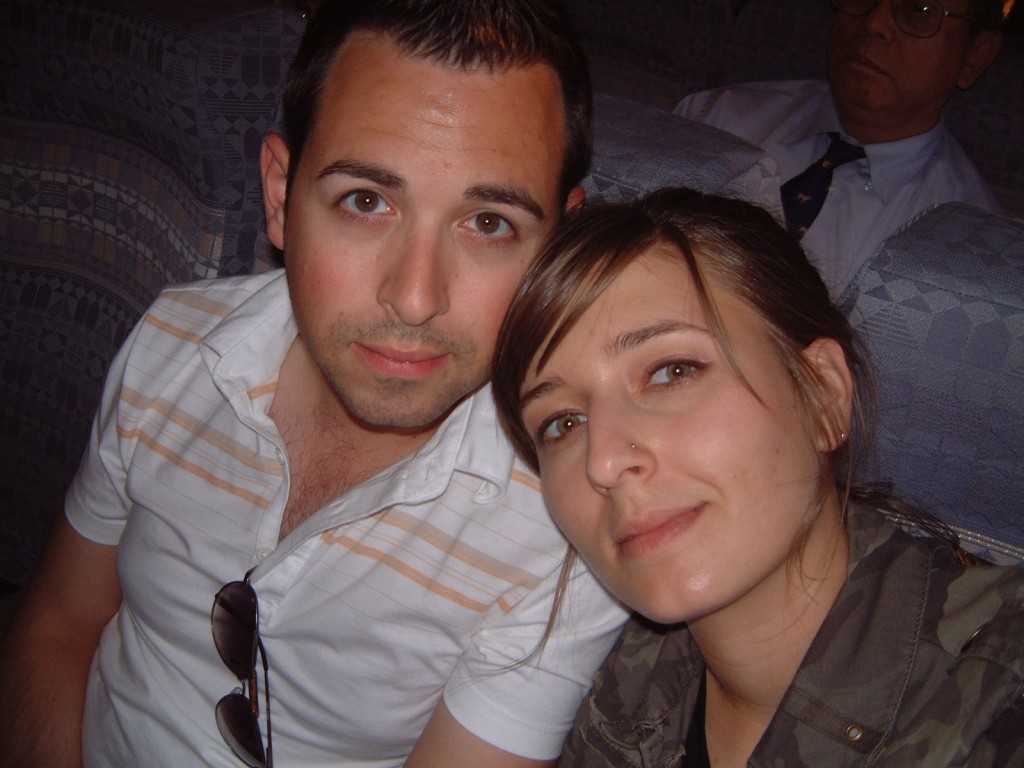 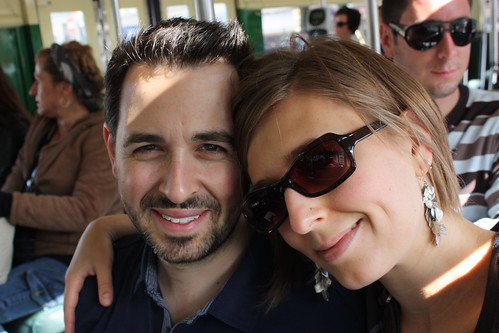 Rand and I in 2010. Filed under Lovers, Occasionally (when we aren't too tired)

“I got old and you got prettier,” he said, laughing. I told him he’d become more handsome, which I think is true, but Rand doesn’t entirely believe me.

“We look lost,” I said, staring at the first photo. Rand initially agrees, but then tells me not to read into it too much. He tells me we looked happy then, and we look happy now. I try to take his advice, and not scrutinize things too much, but it’s hard not to. I notice the gray hair in his beard (which I adore), the roundness that’s slowly disappearing from my cheeks (thankfully, it was decent enough to take the acne with it).

And I notice how comfortable we are now. With each other and with ourselves. It surprises me because, as someone who’s always defined herself by her work, unemployment has been a soul-wracking experience. But looking at these photos, I realize that five years ago, I was content with my career, and unsure of myself. Now, the opposite is true. 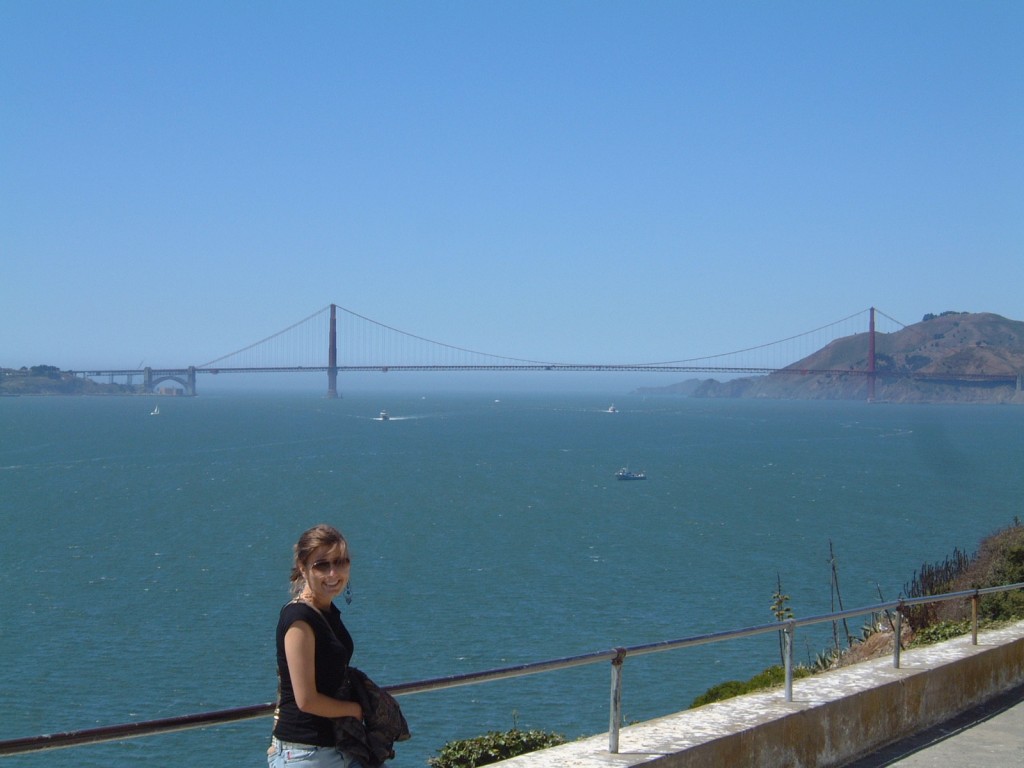 2005: In front of the Golden Gate Bridge 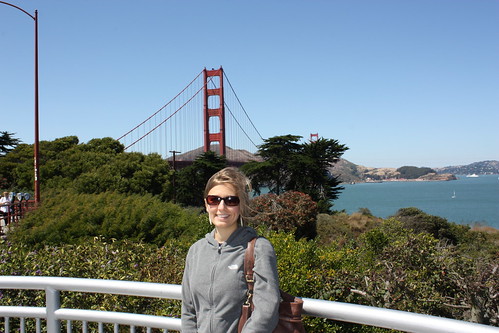 I wonder if I made the right decisions. Should I have taken the internship with the news station in Yakima? The reporting job in North Seattle? Those decisions were made, even five years ago, but now they’re far enough in the past that I begin to question them. It’s pointless to think about these things. Time has passed.

Though I still seem to have a penchant for huge earrings. And I tend to make some ridiculously ill-advised fashion decisions, as much as I’d like to think otherwise. Crimes have been committed, folks. Repeatedly. For years. 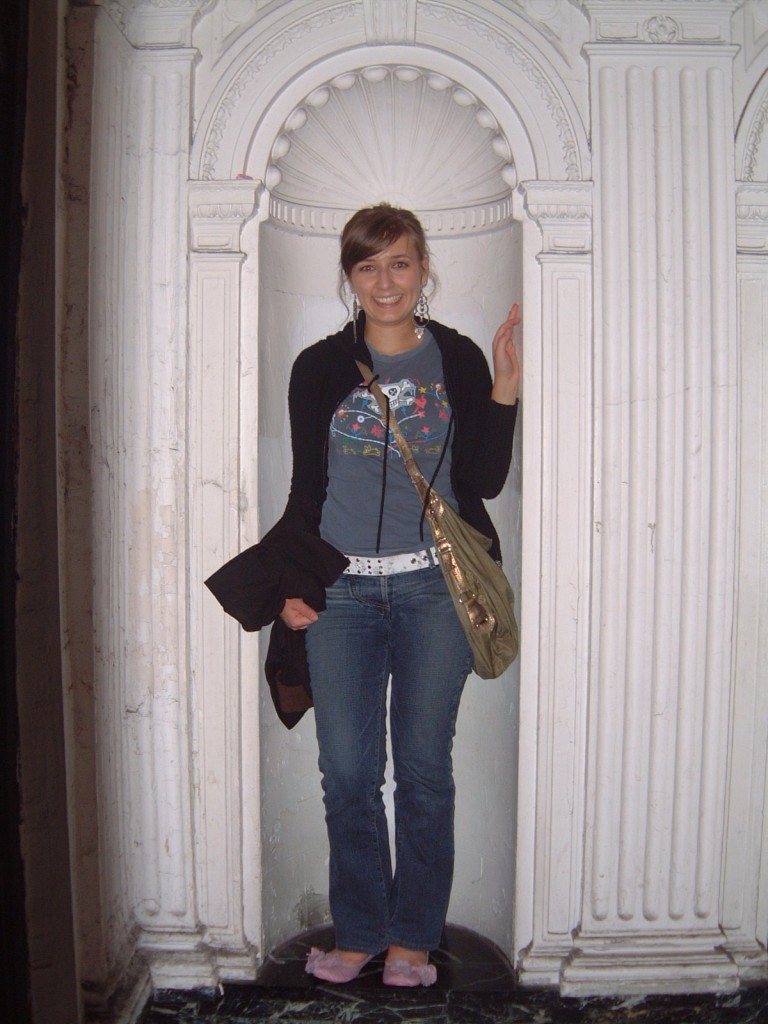 2005: Every element of this outfit should be burned (except for that purse, which I still have. And that jacket, which I WISH I still had.) 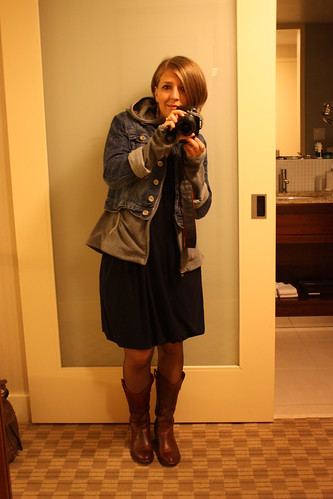 2010: I prove myself to be a repeat offender. Seriously. WHAT IS GOING ON HERE?

And then there’s Rand. Rand, who five years ago was working in a tiny office above a movie theater and next door to a Planned Parenthood. The hallways smelled of popcorn. Every time there was a bomb scare at the clinic (which were often, even though they don’t actually perform abortions at that location), Rand and his co-workers would have to evacuate the building. 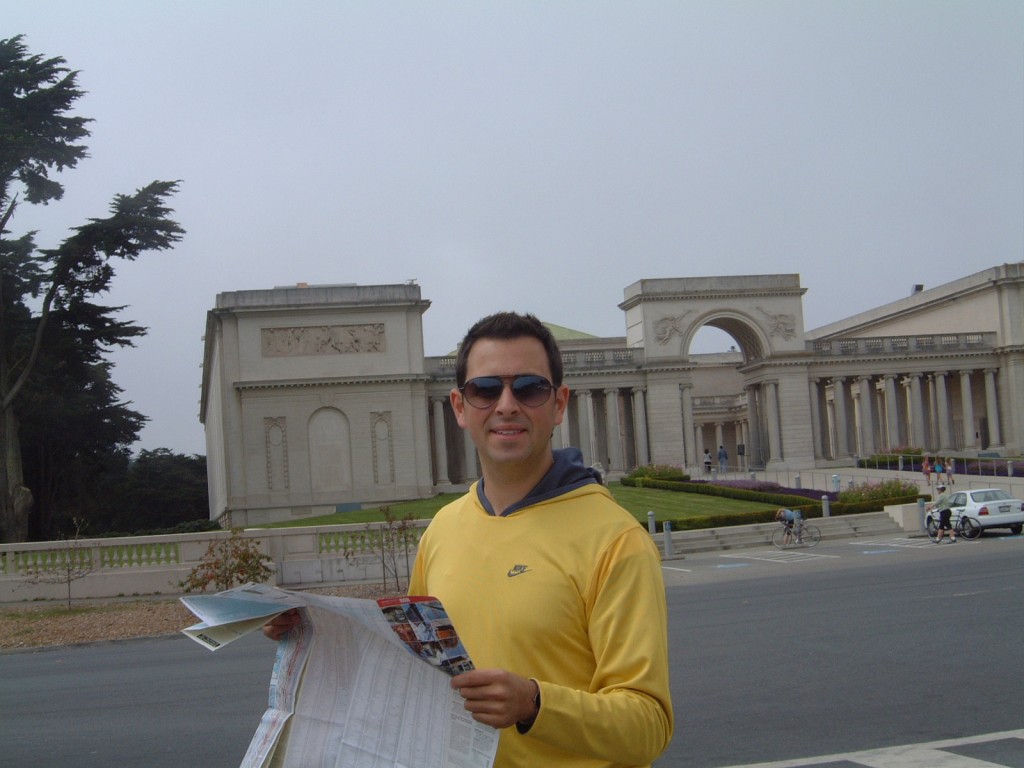 2005: Rand tries to figure out where we are going. 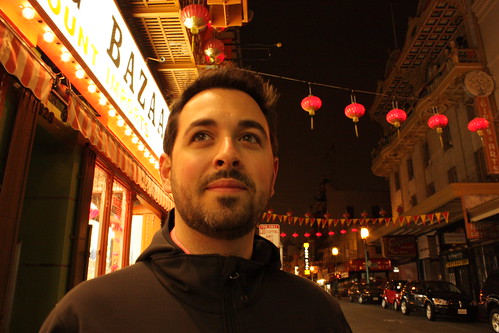 I remember he wasn’t sure of things, or where he was headed. He was worried about the future of his company, and he doubted his abilities. He wondered if he had made the right choices. I remember telling him, over and over, it would be fine. And then, slowly, it was. Last week, this happened:

For those of you unable to make out the grainy image above, that’s Inc. Magazine’s 500 list. My husband’s company ranked 334th (and 24th in software). Of course, it’s just one in a long line of accolades he’s wracked up, but I feel justified in gushing about him, especially when it proves how right I had been. Just like everything else, it happened so slowly, we barely noticed it. And then, one day, he had confirmation of what I knew all along: he was a success.

And now it’s him, telling me to be more confident. Telling me that in five years, or ten, everything will have fallen into place and I will simply look back on all this insecurity and confusion and laugh. I hope he’s as right about me as I was about him.

Looking at his photos, I try to figure out how he’s changed, and when, but it’s happened too gradually for me to notice. To me, he’s always Rand. I don’t hang on to hairstyles. Or clothes. Or careers. But he’s been the one constant in my life. 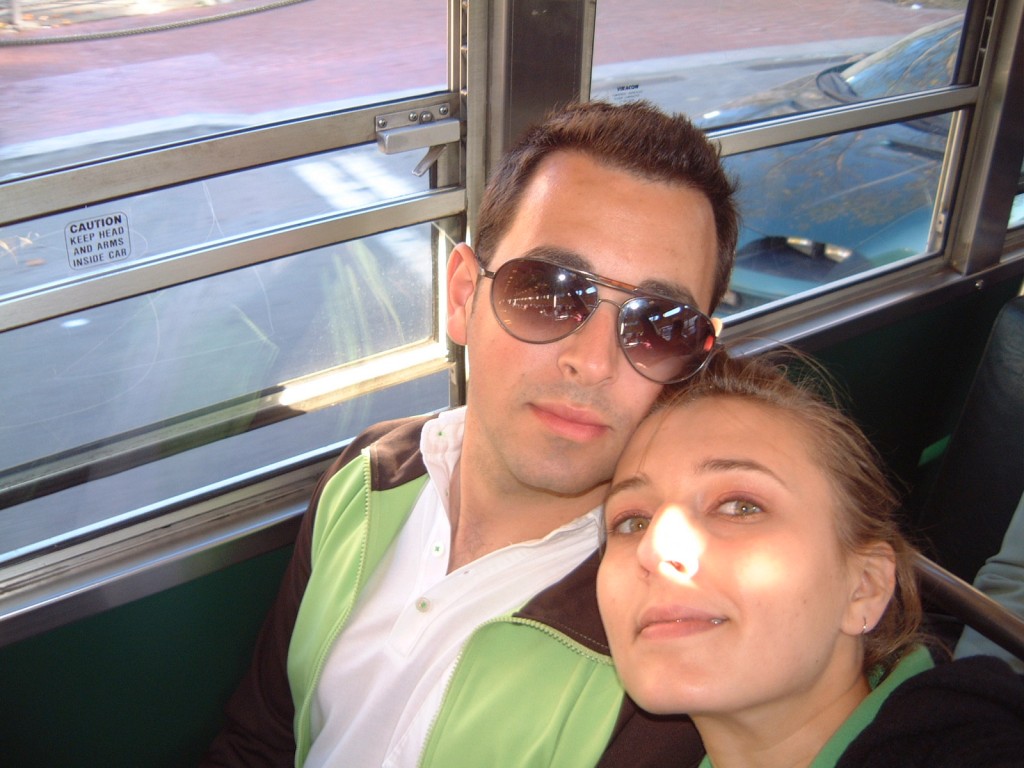 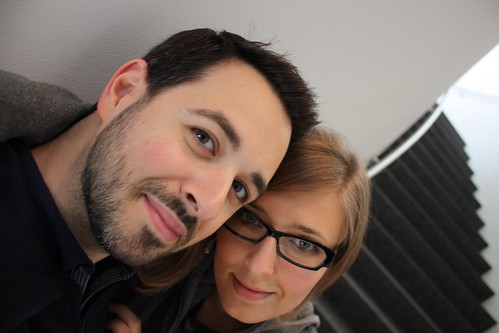 I suppose it’s pointless to question your decisions, when you’ve made the right one all along.