“The coldest winter I’ve ever spent was a summer in San Francisco.” – Mark Twain

Last week, we were waiting in line at a huge, popular ice cream shop with a group of our friends. We all wore jackets. A few of us had scarves. We clustered together for warmth, joking that perhaps ice cream was not the best choice on such a chilly night.

This is August in San Francisco.

Rand and I have learned, thankfully without too much discomfort on our own parts, to check the weather report before leaving for any trip. In the case of San Francisco, we check it two or three times before our flight. 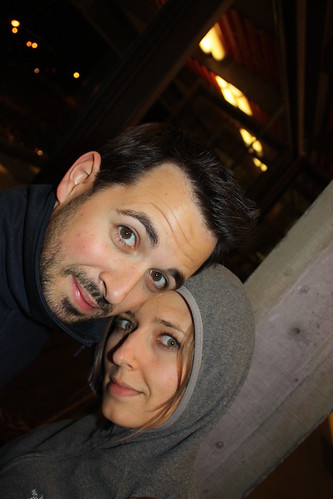 It was 95 degrees in Seattle on this same day.

Sometimes, it is out of incredulity.

When Rand and I saw the forecast for our last trip, we stared, blankly, at the screen.

But 50 degrees it was. At night, anyway. And with the strong wind coming off the bay, it felt even colder. Of course, it may simply have been the street we were on. In addition to shockingly cold summers (apparently October is when it really starts to get warm there, and I remember a few early springs that were quite toasty),  the city experiences a menagerie of microclimates: localized weather patterns that vary greatly from one another, despite being ridiculously close together.

The phenomenon isn’t unique to San Francisco, but seems to be a prime example of it.   The patchwork weather patterns are a result of the city’s rumpled landscape. Fog and cold winds from the bay beat against the hills, but never reach the valleys on the other side, which remain warm and sun-drenched (this is a huge over-simplification, but considering how terrible I am at geography, let’s call this a “win” for me, okay?). 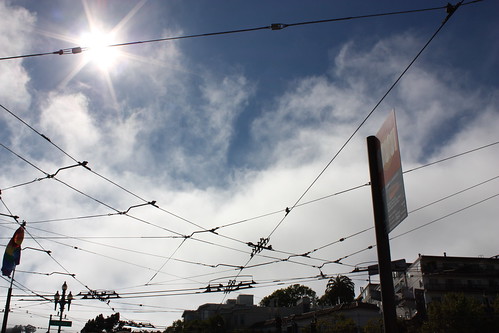 Fog dissipates before our eyes in the Castro district.

The result? Dressing for San Francisco is an exercise in layering, a constant dance of removing sweaters and unzipping jackets. Sometimes, you wonder if it’s worth it, since the next block will bring something new all together. I’ve been known to freeze or roast through a few streets, because I can’t be bothered.

What’s worse is my resistance to believe that it’s actually going to be as cold as meteorologist and empirical evidence suggest. In the end, I find myself pulling together random layers. It is the logic behind this photo, which I initially posted yesterday: 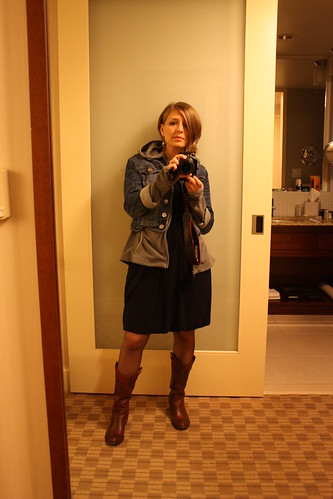 Sigh. And I look so CONFIDENT, too, in my craziness.

When I realized that neither my fleece or my cropped jean jacket would be enough, I had to layer them. The result is … well, whatever. I was warm enough, thankfully, to go for a stroll with my husband through the city. And based on how many freezing tourists I see, wearing newly acquired San Francisco sweatshirts (purchased out of desperation, I’m sure), no one is going to judge.

So if you’re going to go, check the weather report. And bring layers. Many of them. Don’t be fooled by your preconceived notions of the city. The greatest trick San Francisco ever pulled was convincing the world it was part of California. 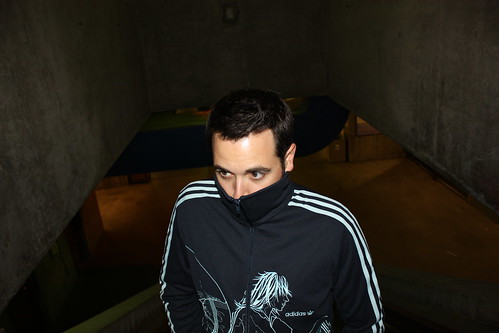 I hear you, babe.