Today’s post is the “exciting” continuation of my attempts to get to the Presidio, which I first wrote about yesterday. Enjoy!

After the complete and colossal meltdown of that morning, and a realistic assessment of the poor parenting I provided for my imaginary children, I was able to pull it together a bit.

A sushi roll, a handful of blueberries, and a quick pep talk from my utterly confused but well-meaning husband (“Um, why don’t you just take a cab?”), and I was ready to give it another go. I was once again determined to take public transportation for a multitude of reasons:

This was the basis of my haphazard, somewhat illogical reasoning, but in the moment, it made sense. For the second time that day, I marched out of my hotel room, determined to get to the Presidio (note: my outfit was now significantly less cute). But first, I stopped at the concierge’s desk and asked her for some directions. She first tried to tell me about the PresidiGo Shuttle, and I violently slapped her in reply. Pressing her hand firmly against her now-red cheek, she meekly advised me to take the number 30 bus towards Stockton. I’d transfer at the stop at Chestnut, catch the 28, and that would take me straight to the Presidio!

I could have kissed her, but given the violence I had just inflicted upon her, it seemed inappropriate. So I politely thanked her and headed out to catch the 30.

And I caught it. And it was heading in the direction that I needed it to! I was going the right way! For a few brief moments, anything was possible. I sat, staring out my window, incredulous that I was headed in the correct direction. But we passed Chinatown, just as we were supposed to! 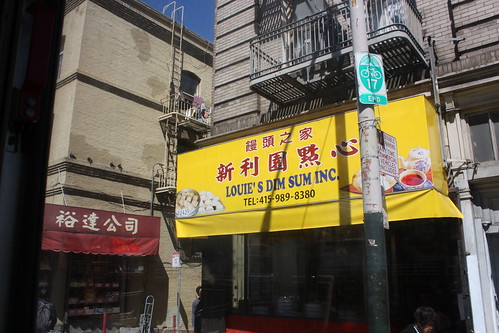 Look! Things are right where the map said they would be. I'm not an idiot after all!

And then Washington Square. There was no way I could mess up now. 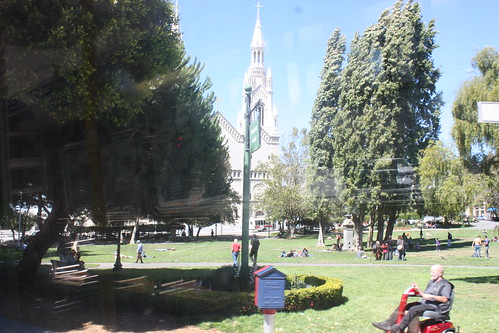 In retrospect, I should have asked the guy on the red little zippy cart for a ride.

I sat back, happily. It was still quite a ways to my connection, but I had finally managed to do something right. The entire fiasco of the morning had started to dissipate. Then, the bus driver’s voice cut through my haze of happiness.

“I said, last stop! Everyone out!”

We were not at my stop. But this was the 30 Stockton. It had to be the right bus. Before I could process what was going on, I stepped off the bus, and the driver sped away. I watched him disappear into the distance. 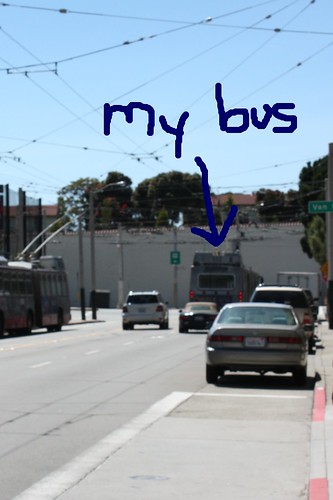 I stood, unsure of what to do, and completely clueless as to where I was. I started to roam around a bit, frustrated. Where the hell was I? I wandered through a park near the beach. It was beautiful, but I was grumbling. Could there be at least one frigging sign explaining where I was? 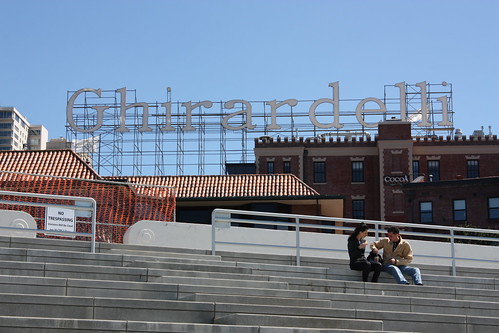 I suppose I could have gone back to the bus stop and hoped that the next #30 that stopped there didn’t dump everyone off at Ghirardelli Square. And in that same fantasy, the 30 would have taken me to the 28. And the 28 would have then taking me to the Presidio, which was every bit as awesome as I had imagined (in addition to caramel apples and panoramic views, my vision of the place had expanded to include sample shoe sale kiosks stacked in only size 6.5). But now? My nerves were shot, as was my faith. I trusted no one and nothing.

As I kicked a few toddlers out of my way and resolutely stomped on a puppy, I wondered if perhaps I should try to enjoy my surroundings. It was, after all, kind of lovely … 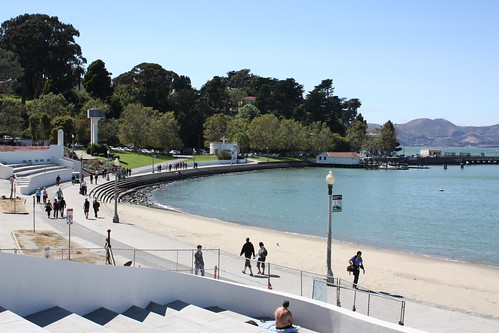 And since it was well into the middle of the afternoon, and I had to meet Rand in a few hours, I had accepted I wasn’t getting to the Presidio that day. In the end, I made the best of it. I didn’t get where I had planned, but I did end up exploring San Francisco’s Maritime National Park, which turned out to be pretty damn cool (more on that next week). 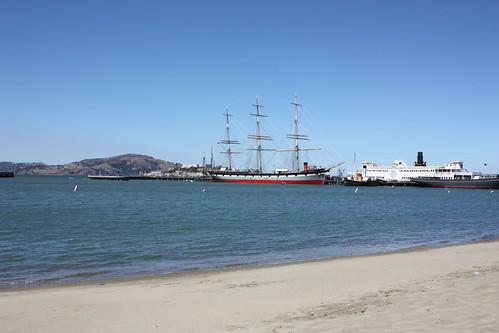 Was I disappointed? Yeah, perhaps a smidge. But I’m starting to accept that things don’t turn out the way you plan – especially with travel. Sometimes you end up getting miserably lost. Sometimes you let down your imaginary children. Sometimes, an ornery travel writer kicks your puppy because she can’t find the Presidio. And sometimes, you just have to go with it. You don’t end up where you expected, but you occasionally find some place new and interesting. And you’ve got to appreciate it for what it is. In my case, there were no caramel apples. But there was chocolate.

As for the Presidio, I probably just should have accepted that I was never going to get there, right? 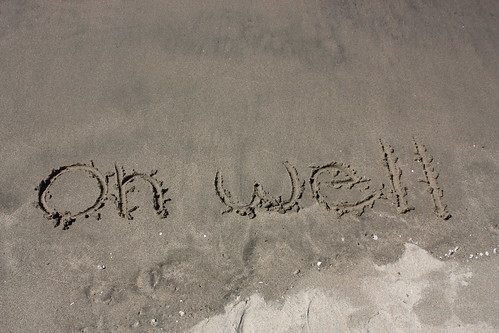 But, as indicated by my tendency to include U2 songs in the Duran Duran canon, I am a stubborn girl. So, believe it or not, I tried one last time to get to the Presidio. I know you’re absolutely dying to find out whether I made it or not, but you’ll have to wait until tomorrow for that one. Because if it took me forever and a day to get there, just imagine how long it will take me to tell you about it.