The exciting conclusion of my seemingly never-ending quest to get to The Presidio. Don’t forget to read Part 1 and Part 2!

After my many attempts to find Presidio, certain historical accounts, both fictional and non, started to make sense to me.

I understood, for example, a bit of how Moses felt, wandering the desert for 40 years.

I have a better inclination of what drove Dorothy down the yellow brick road in the company of three gay mutants.

And perhaps the greatest fictional work of young souls leaving home in search of themselves, (I speak, of course, of Britney Spears’ Crossroads), was now more achingly beautiful that it had ever been.

After a day spent pulling out my hair and kicking the innocent, I met up with my husband and we had dinner with some friends who lived outside of the city. I told them about my mishaps.

“Why the fuck would you want to go to the Presidio?” they eloquently inquired.

I told them about the views. I might have omitted all the stuff about Duran Duran and caramel apples. One of our friends shook his head, explaining that most of the Presidio wasn’t that great. I should just go to Golden Gate Bridge. And when I asked him about the bridge and surrounding park in further detail, he explained something to me that might have made my head explode. All the positive attributes I had accredited to the Presidio? They applied to Golden Gate Park.

So, naturally, I decided to go there.

The next day, I embarked on my third attempt. I may have the innate sense of direction of a lame duck with an inner ear condition, but I wasn’t going to let that stop me. Once more, I stopped by the concierge. I asked her how to get to Golden Gate Bridge. And again, she told me to take the 30 to the 28.

If you remember yesterday’s post, you’ll recall that taking the 30 didn’t actually go that well. It dumped me (and the rest of its passengers) off at Ghirardelli Square. But I decided to do the exact same thing I did before, and hoped for a different outcome. Which was Einstein’s definition of insanity, for those of you following along at home.

And so I hopped on the 30. And guess, darlings, GUESS WHERE IT DROPPED ME OFF? 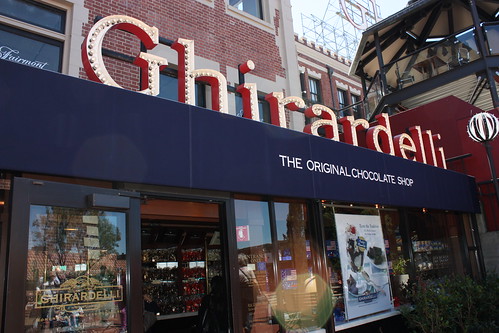 Don’t lie: you totally saw that one coming, didn’t you? To be honest, so did I. Which is why I promptly walked over to the concierge at Ghirardelli Square (yes, they have one, and yes, she’s awesome) to figure out what I had done wrong.

She explained that there were two 30 buses. Not only that, there are two 30 – Stockton buses. And considering that was all the concierge at the hotel had told me, there was little chance I’d get on the right one. I had hopped on the 30 – Stockton / Van Ness, when I needed the 30 – Stockton / Brockton to Beach (or something). She kindly told me where I could catch the right one, and told me to get off at Chestnut. As you can see, the handout from the InterContinental doesn’t specify which of the 30s to catch. 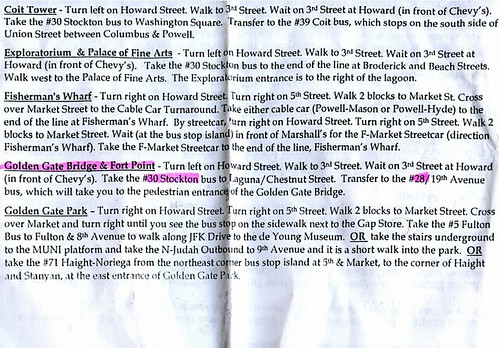 I maintain that this little sheet of paper confirms I’m not crazy.

I wandered out of the square, ridiculously hopeful, and somewhat curious as to how I would fuck this up. In the end, I’ll just tell you: I missed the Chestnut stop.

Yeah. I’m an idiot. And the bus driver wasn’t calling out the stops. But mostly, the idiocy.

When I realized I had missed Chestnut, I frantically pulled on the cord, and stepped out into an area that was equal parts adorable and foreign. I had no idea where I was, and I was starving. Seriously, that could be the theme of this blog. “The Everywhereist: Lost, and probably hungry.” Honestly, it’s a miracle I didn’t get permanently lost. 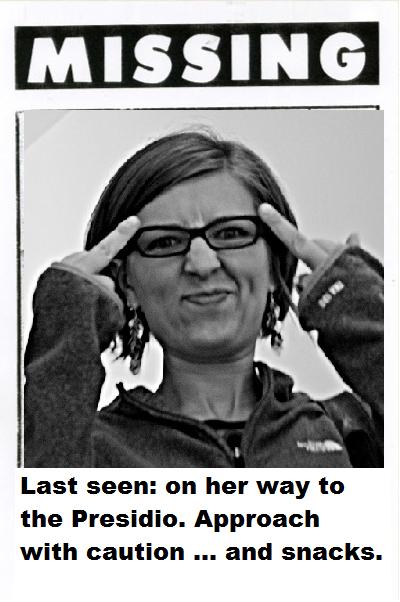 There is no reward, folks.

I needed to find the 28 bus. But more importantly, I needed food. And it was at that moment that I saw this: 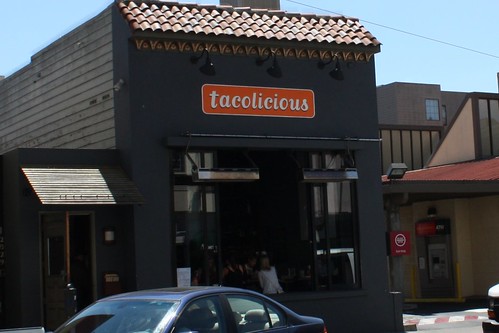 I want to go to there, but I have no idea where “there” is.

Now, it might have been the starvation and complete and utter exhaustion talking, but Tacolicious was friggin awesome. The staff was friendly. The food was delightful. It was my oasis in the desert. And, hello? IT WAS CALLED TACOLICIOUS. I considered staying there forever and building a new life. I mean, I love Rand and all, but this place had TACOS. Besides, Rand was, by my estimation, several thousand miles away in our hotel room. 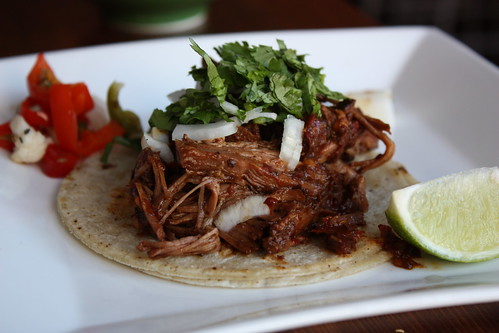 New rule: all meat should be braised. Always.

But, alas, the 28 was still out there, calling to me. And while I highly doubted I would find it (and if I did, I am sure it would take me instead to someplace in rural Nevada), I still had to try. I asked the waiter for directions, and he kindly informed me where to go. I followed his instructions to the letter, and the craziest thing happened: 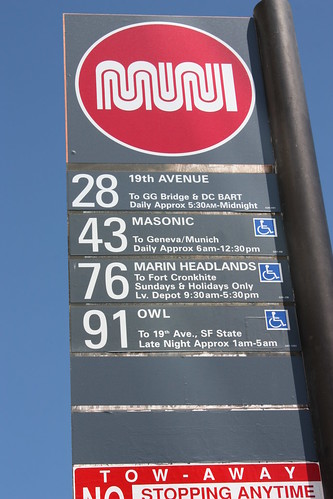 I … I had found it. And unless the entire city of San Francisco was messing with me (which could have very likely been possible at this point) it was headed towards the “GG Bridge.” This was it. THIS WAS THE BUS I HAD BEEN SEARCHING FOR. Still, I took no chances. Even though the marquee at the front of it said it was headed towards the bridge, I asked the driver for clarification. And he confirmed that yes, it was, after looking at me like a lunatic (Really? You’re a bus driver in SF and that was the craziest question you’ve been asked today?)

And then folks, then the real craziness happened: 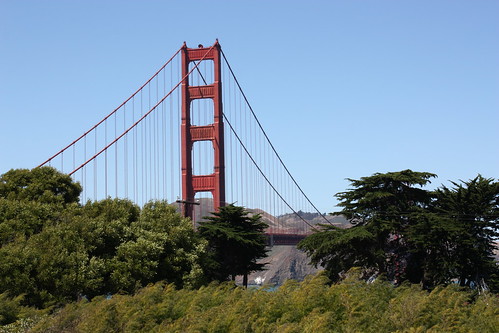 I repeat, NO WAY.

After a day and a half of trying, and three attempts, I had found spectacular views of Golden Gate Bridge. Sadly, there were no caramel apples, or piles of shoes in size 6.5. Sigh.

And if you want to know what happened after I finally arrived, stay tuned next week. I’d have posted about it earlier, but, in the blog as in reality, I didn’t think it would take me so long to actually get to the bridge.