Dear lord, Portland is a strange place. It’s somewhat reminiscent of Seattle, but smaller and stranger. My cousin describes it as what Seattle was in the eighties – a Pacific Northwest town full of artists and slackers and dreamers and lots and lots of rain. It reminds me so much of my home, but varies in ways both slight and profound. It isn’t nearly as pretty as Seattle, but there’s more of an art scene, and better restaurants. The people are more hippie and less stodgy, clad in flannel more than fleece.

These difference might make little sense to someone unfamiliar with each of these cities, but if you live in one, you understand me perfectly. And if not? Well, these photos might give you an idea of what Portland is like …

1. Magnets? An internet search provided me with no answers as to what this storefront was getting at. It looked virtually empty inside. Is it really a warehouse full of magnets? The world may never know. 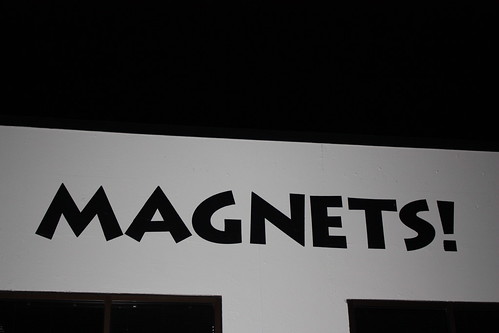 2. Psychic vending machine. The message on the screen reads as follows: “SPECIAL THIS MONTH: THE WORLD’S CHEAPEST PSYCHIC!! NO APPOINTMENT NECESSARY!! WE KNOW WHEN YOU’RE COMING!! DEPOSIT 25 CENTS!! IN COIN SLOT AT YOUR RIGHT!! COIN SLOT AHAHAHAHAHAHAHA!” Profound, really, if you think about it. 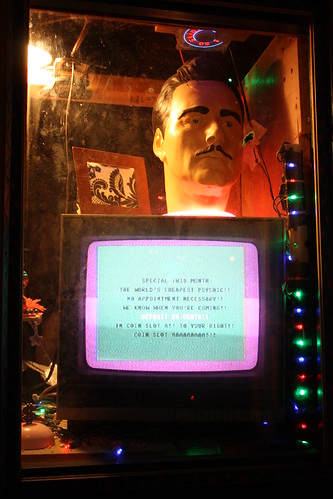 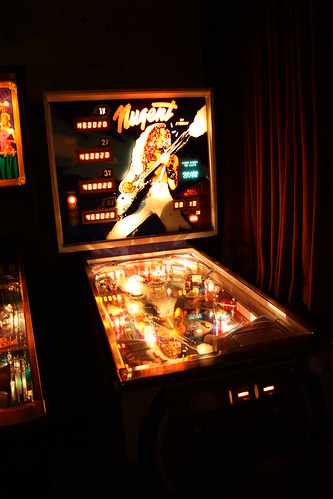 4. Political notes in restaurant window. Fact: Trashing Obama in Portland as stupid as trashing Bush in Crawford. The waitstaff doesn’t care, and you end up sounding like a douche. 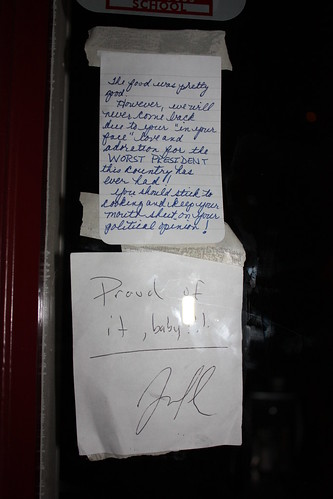 5. Goth building. Across the street from the Kimpton hotel in which we stayed, we saw this building. I assume the folks who run it listen to The Cure. A LOT. 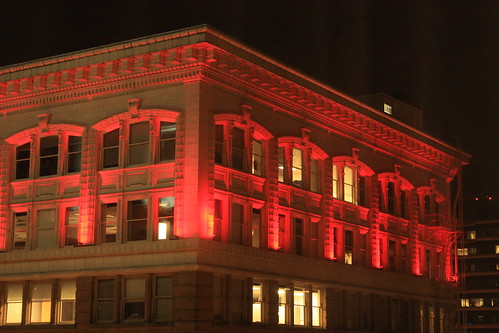 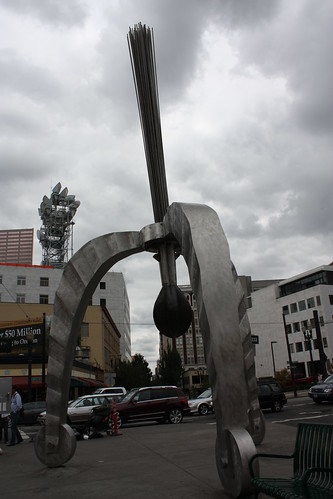 I think my gyno has one of these in her office.

7.  Diner that didn’t even realize how cool it was. Notice the guy at left, wearing sunglasses on the back of his head, over his baseball cap. He looks like a muppet in disguise, right? 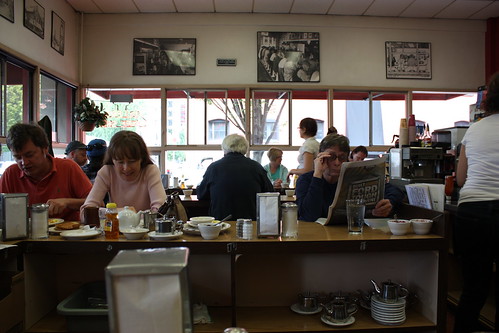 Also, they had good bacon.

8. Self-portrait, me and Rand. I like this photo, because it’s our relationship in microcosm: I’ve just bought something at Anthropologie and am taking photos. I’m wearing a wool coat because I’m freezing, while Rand has on a linen summer shirt BECAUSE HE IS AN INFERNO. Also, he’s kissing my eye. Which he tends to do. 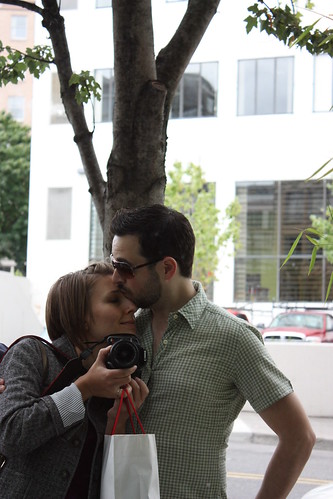 I guess this in no way communicates Portland's weirdness.

9. Dirty magnets we probably should have bought. 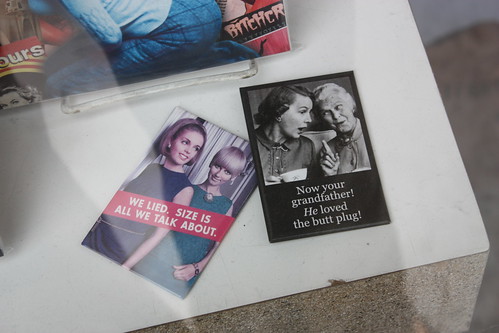 Do you think these were previously stored in the MAGNETS! warehouse? I wonder ... 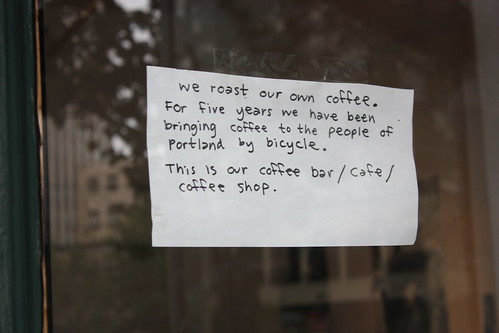