I’ve been off the radar, somewhat unintentionally, for the last week and a half. My apologies about that. During that time, I visited every state in the tri-state area (which I’m going to pretend is an accomplishment), got lost in London and robbed in Bulgaria (okay, fine – we weren’t robbed. We were simply ripped off – I am Italian, therefore I exaggerate. I can’t wait to tell you all about it, actually). But before we get to all of that? I need to tell you about Boston.

And specifically, why you should not visit the great city of Boston while sedated.

Seriously. Write it down. It’s an important lesson, and I want you to learn from my mistakes.

As usual, I am getting ahead of myself. First, allow me to explain why I was sedated in the first place. The answer is simple: I am an idiot. I cannot do math, even in the best of times. Compounded with the stress of travel, even simple addition eludes me. And so, when a particularly bumpy flight to Boston left me feeling nauseated and pukey, and I found I hadn’t packed any anti-nausea pills, I had to go out and buy some. They were not my usual brand nor dosage. And here is where things went slightly awry.

I tend to take about 25mg of meclizine when I am feeling motion sick – two 12.5 tablets. But somewhere along the way, I thought that I actually took 125mg (I remember the digits 1,2, and 5, but that was about it). So when I bought the new pack in Boston – in 25 mg tablets, I took two – thinking I was actually taking less than half of my usual dose.

Instead, I was taking twice the amount that I usually take.

The next day, as Rand was getting ready for a conference at which he was speaking, I was unable to get out of bed. Usually I sleep on my side, curled up in a ball, but that morning I lay on my back, my limbs pointing in every direction, unable to lift them up. I finally managed to crawl out of bed after nearly 10 hours, and after some arduous math, realized the mistake of the night before.

I had drugged myself.

Given the recreational output of my early 20s, this perhaps shouldn’t have seemed like that big a deal, but considering the sober and responsible life I now live (one that might include a half glass of wine on a Saturday night, if I’m feeling frisky), being absolutely stoned out of my gourd on over-the-counter meds in an unfamiliar city was a bad thing.

I eventually pulled myself together, and, in a daze, headed out to explore the city.

I got dressed first, obviously. It’s not like I wandered out into the city of Boston half-naked, without any idea of where I was going. No. Most certainly not. Regardless of what the evening news and that stupid city prosecutor said, I was fully dressed. Sigh. Assholes.

I had no agenda, so I wandered aimlessly. My first stop – near our hotel – ended up being the Holocaust Memorial. It’s located near Faneuil Hall, just off the Freedom Trail. The memorial itself, while lovely, won’t take up too much of your time, unless you’re so zonked that you have to wander around it trying to figure out what it is. When it finally hits you, you may find yourself rather emotionally distraught and (due to the loss of muscle control in your face) – drooling at the same time. This is not ideal for many reasons. 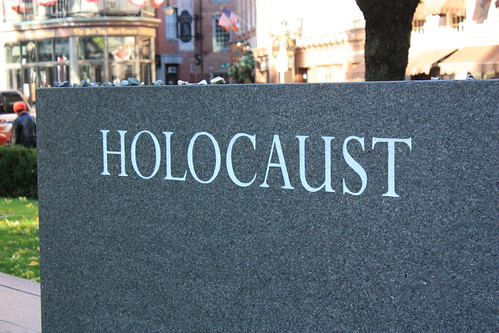 You'd figure this sign would have helped clue me in. But NO. 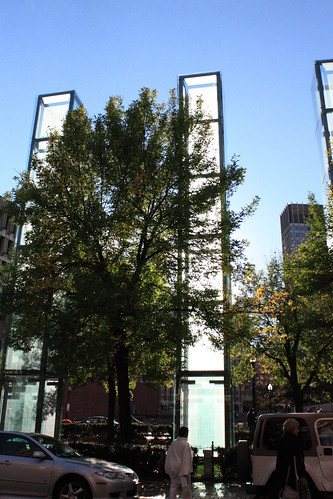 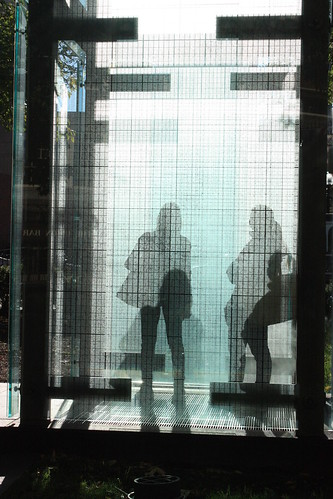 At this point, I was drugged and sad. It was clearly time for a snack. I have vague recollections of finding one near Faneuil Hall, but not before I encountered this scene: groups of people about to be sworn in as U.S. citizens. In other words? Another tear-jerker. And drool-jerker, too. 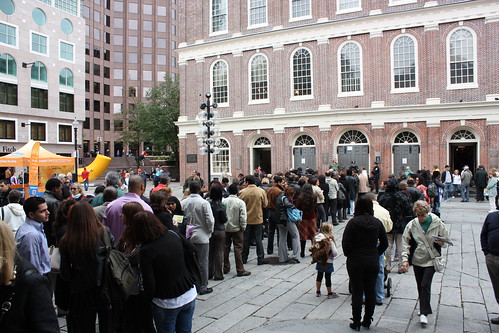 From there, I wandered towards what I think is Boston’s North End. Maybe. There were lots of Italians everywhere. I apparently found some fountains. 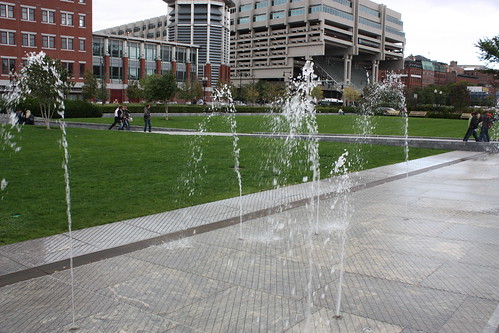 No clue where this is. Aren't I a great travel writer? 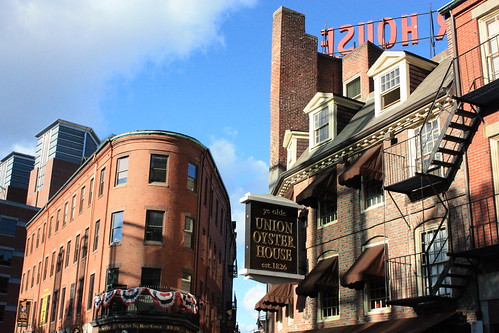 All I remember is that there were a lot of screaming kids running around and having fun, making it very difficult for me and the rest of the hobos to sleep. Damn kids. From there, I went to Paul Revere Mall. There was disappointingly little shopping to be done there. 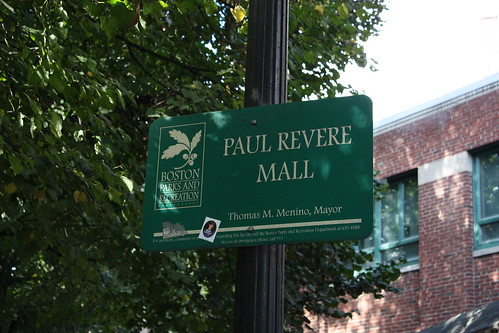 It seems I visited Paul Revere’s house, too. There’s no photos allowed inside, but the admission price is only $3.50, so I still found it worth it. It’s one of the oldest houses in Boston, and upon hearing the building’s history, it’s actually a near-miracle that it wasn’t demolished. 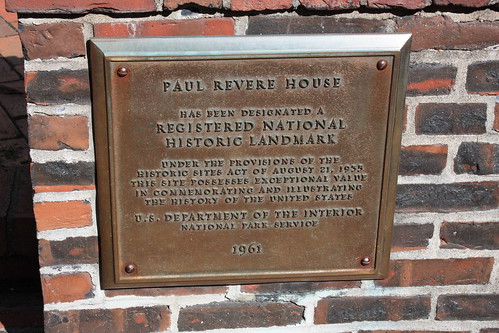 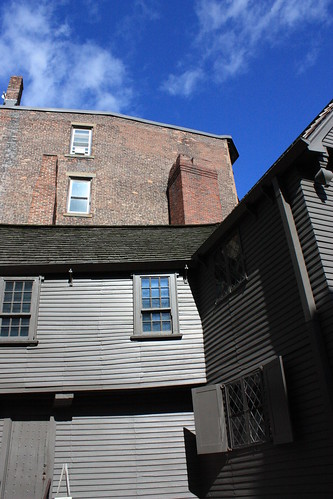 There's not much to see from the outside, unfortunately.

But none of this is very helpful, is it? Because sedation makes for bad travel stories. And bad travel in general. That’s not to say I didn’t enjoy Boston. After I finally woke up out of my haze (about 18 hours later) I found that I was having a great time. But I didn’t see nearly everything I wanted to, in part because I could barely remember my own name or where I was.

Which brings me to a sincere apology – after all, what profession of drug abuse (intentional or otherwise) would be complete without apologizing to those who we harm? A few days before heading to Boston, I contacted the lovely Alison Clancy, and we arranged to get cake during my trip to her city (I do not get coffee, folks. I get dessert). Unfortunately, in my meclizine-induced walking coma, I did not call Alison. I flat-out spaced, denying myself not only Boston Cream Pie, but the opportunity to meet someone very cool.

So, Alison, forgive me for that one. If you email me your address, I promise to send you something ridiculously cool from Seattle, and to call you next time I’m in Boston so we can actually hang out.

And I promise, for my sake, and the withering integrity of this blog, to do so while sober.