This should surprise no one, myself included. There was the time I attempted to make it to Greenwich (and subsequently learned that Greenwich and North Greenwich are two distinct places). Or the time I thought that this outfit was a good idea. The point is? I do dumb things. But at the time, they seem totally reasonable. In fact, I’m actually surprised that my decisions turn out to be bad ones.

I mean, hopping on a train going to god-kn0ws-where in foreign country? Great idea! Where can I purchase a ticket?

I’m sure it’s the same mental glitch that causes Nick Cage to choose movie roles. I mean, he must have thought that Season of the Witch was going to be good idea, right? Otherwise, why on earth would he have taken it? The money couldn’t have been that good.

Likewise, a few weeks back, I thought it would be perfectly reasonable to head to the San Francisco Botanical Garden. In the late afternoon. In the middle of December.

I’m not really sure what possessed me, but at the time, the decision seemed like a totally reasonable one. I didn’t for a second think that the garden might be half-dead and dismal this time of year. I mean, it’s California. Aren’t all plants perennials in the Golden State?

Apparently not. As I took the tram over to the gardens, I  noticed the sun hanging low in the sky. Right. Another thing I had neglected to think about – just because the weather is similar to spring in Seattle, doesn’t mean the sun hangs out until 8pm.

I was going to an outdoor garden. On a chilly day in the middle of winter. With maybe an hour of daylight left. But I was committed. So I thought of Nick Cage, reading through the script of Season of the Witch, and realizing it was utter crap but already contractually obligated to do it. He pressed on.

It didn’t help that I got off the tram and found that I was starving. Fortunately, I stumbled across a taqueria. That seems to be par for the course when I’m in San Francisco: I get lost trying to find some random attraction that I’ve convinced myself is worth it, and just when I’m about to give up, turn tail and head back my hotel, defeated, I find a taco stand.

My fairy godmother comes to me in the form of guacamole. I’m okay with that. 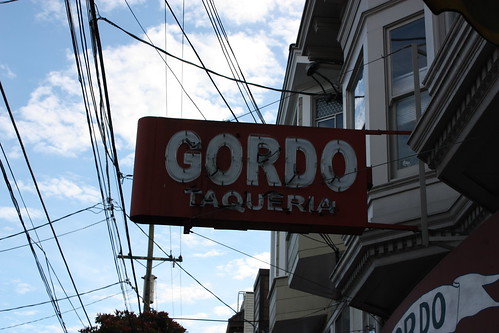 Speaking of bad decisions, do not name your taco shop "Gordo." 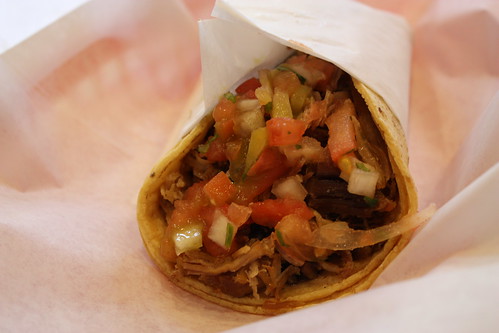 Carnitas taco: my smartest move of the day.

Happily full after a trip to Gordo Taqueria (you Spanish speakers just bite your tongues) and now completely confident in my stupid decision, I began to explore the gardens. They were … desolate. 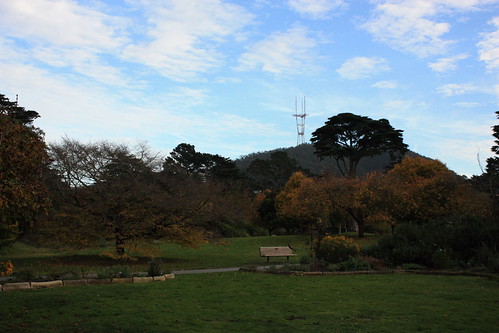 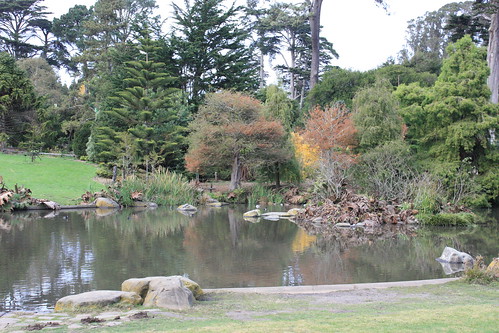 At first, I started to mentally chastise the city – why did they care so little about their plants? How could they let everything die? 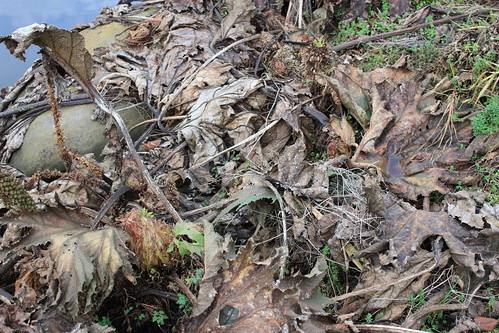 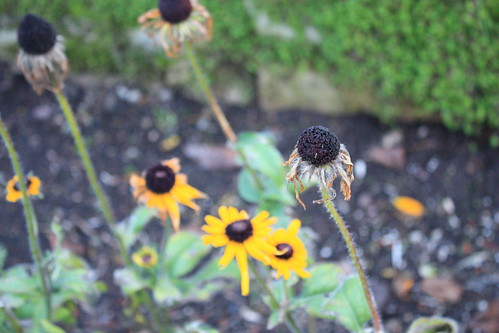 "Do NOT go towards the light. Do you hear me? DO NOT LEAVE ME."

And after a few moments folks, the dim lightbulb in the empty cavern of my brain flickered on, illuminating my stupidity. It was not lack of love that had caused the plants around me to wither and die. It was the season.

But I couldn’t turn back. I had come a long way, and I was full of tacos. Besides, it was kind of tranquil. Except for one other photographer who evidently also lacked good judgment, I had the entire place to myself. 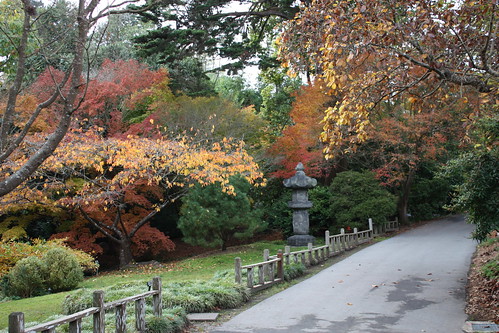 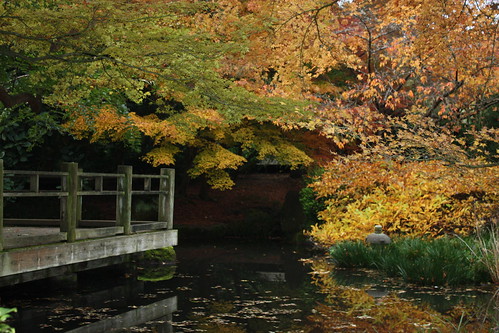 The downside of this was that I had no one around to appreciate my stupid jokes, which I will share with you now: 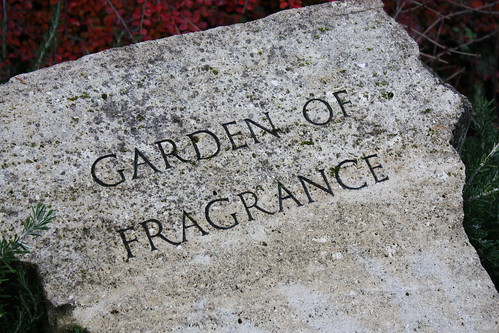 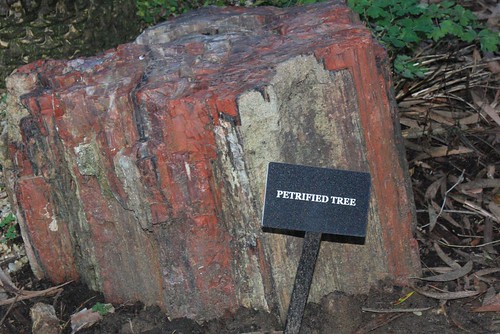 Err, sorry. This is why I try not to spend too much time alone … Anyhow, I even found a few survivors amidst the zombified plants. 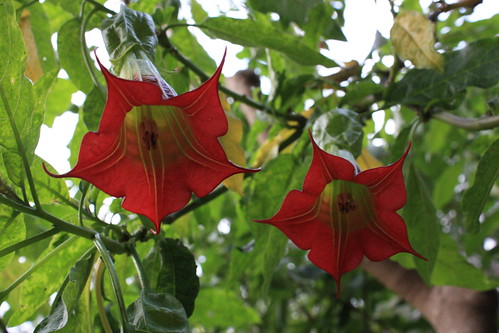 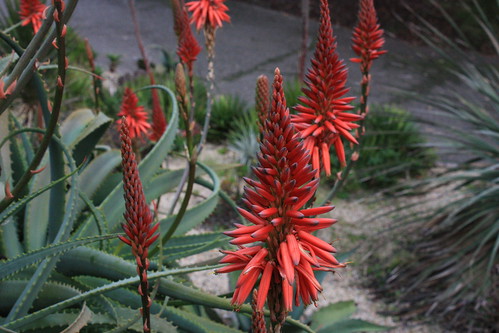 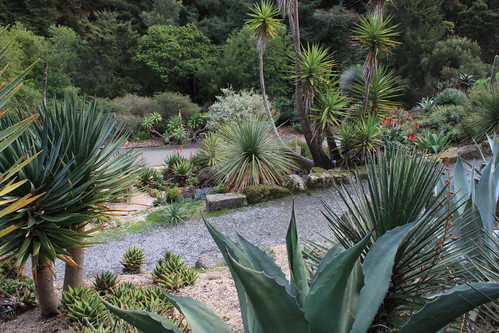 Cactuses are like the male lead of this horror story: they usually survive till the end.

I maneuvered my way through the botanical graveyard until it became too dark to take photos. Heading to the gardens in mid-December might not have been my best decision, but it wasn’t my worst one, either. I was freezing, but I got to spend the day outside, and I ended up having a pretty nice time. 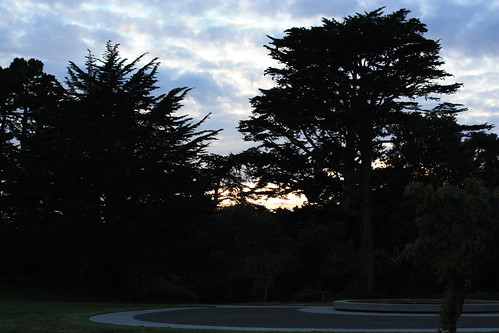 Plus, it made me realize that even my less-than-brilliant ideas usually lead to something interesting. I might have to continue listening to my gut, doing illogical things that seem, at the time, to be perfectly reasonable – if only for the stories that emerge.

Which reminds me: anyone know if Season of the Witch is still in theaters? Or should I just buy it on Laserdisc?