“You know what they say … if you don’t like the weather, shut up.” – text of an email I received from Groupon today.

Spring is coming. I know technically it’s already here, should have started roughly a month ago, but in Seattle all bets are off. In this town,  you see things that will shake your meteorological understanding of our planet. I’ve experienced thundersnow. Seen highs of 70 degrees and lows of 20 in the same month (November, 2010). I’ve seen it hail on a sunny day. Weather in Seattle is a fickle mistress. It promises nothing, it lures you along, it abuses you and crushes your dreams.

But today? Today there is a promise of spring in the air. And unlike all the times I swore to my mother that I’d keep my room clean and stop kicking my brother in gonads (he deserved it), this promise seems to be real. So as I stare out my window at a view that we won’t have for much longer, I’m reflecting on the months passed, and the winter that finally, finally seems to be over. I feel like I’ve weathered a storm. And miraculously, I’ve come through it unscathed.

It reminds me of our drive back from Portland a few months back (admit it: you were wondering where the hell I was going with all this wordy nonsense, weren’t you?).

Perhaps inadvisedly, during our last trip to PDX, I drove us home. Rand had some calls to make, so I found myself behind the wheel. There had been reports (numerous ones) about a snowstorm that was scheduled to hit Portland the day before, and we knew it had snowed in Seattle, but when we woke up in the morning, there was nary a snowflake on the ground. In fact, the skies were relatively clear, so we decided to drive home. 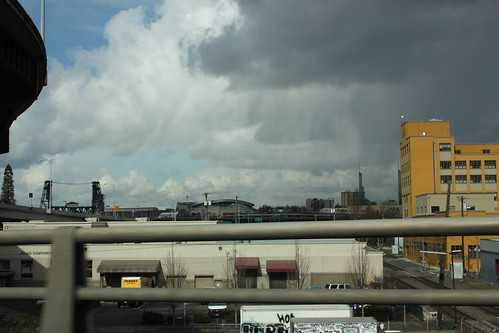 There were some clouds on the horizon. Nothing major.

As we left the city, we found evidence it had snowed on the mountains and foothills on the horizon, but the skies were still blue. 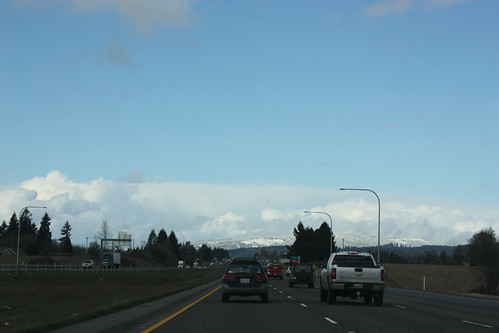 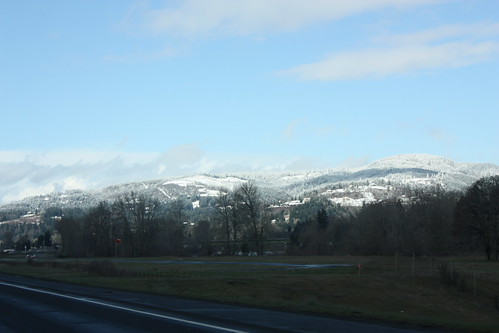 And as we traveled north, we found more and more snow on the sides of the road (thankfully none was falling on us yet). It gave everything a warm and homey feel. And I mean everything. Even places that it probably shouldn’t have: 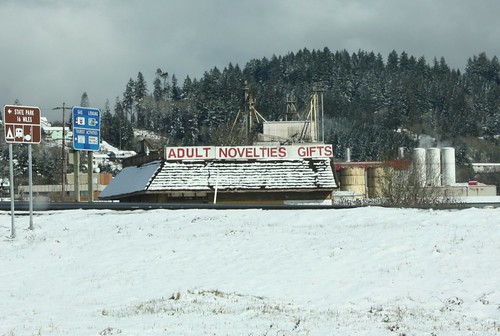 There's a joke here. I wrote it and deleted it, because I'm a classy dame.

Then, slowly, things started to change … 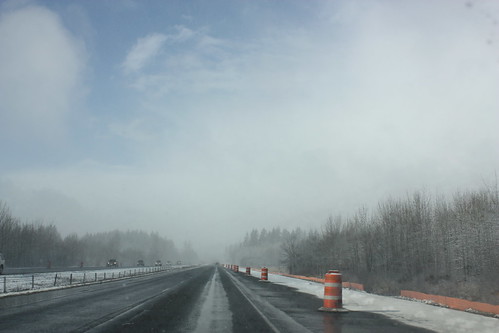 It was the sort of thing that happened so gradually, I didn’t notice it until we were in a snowy mess. I know, I know – you northeasterners are rolling your eyes again, but we’re not used to that sort of weather up here in the Pacific Northwest. We get a lot of rain, but not a lot of snow. The roads usually aren’t salted or sanded. They just turn to sheets of ice in bad weather. 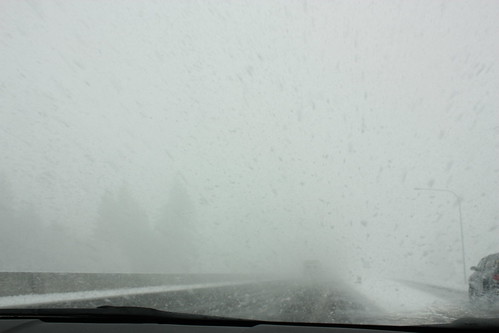 The less-than-ideal driving conditions did not put me in a good mood: 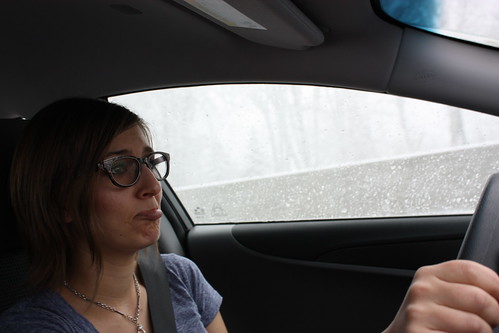 I'm so not cute here. It's cool. I'm good at other things.

It was hard to see, after all … 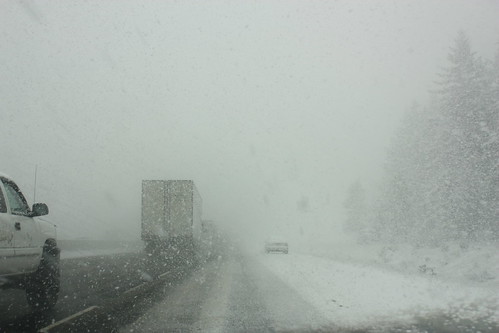 There were even cars stalled on the side of the road. 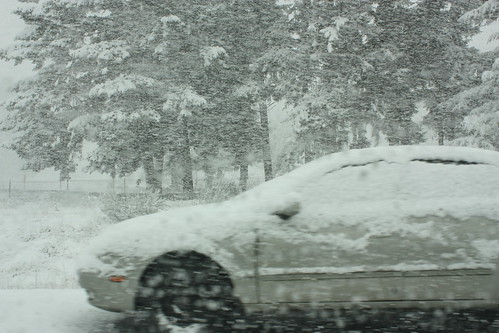 Still, we didn’t have much choice than to keep driving, and so we did. Eventually, things started looking better … 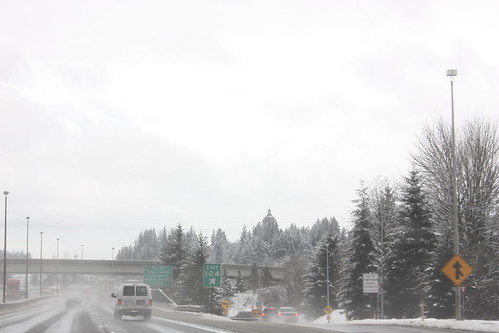 And by the time we got home, you could even see patches of blue in the sky. 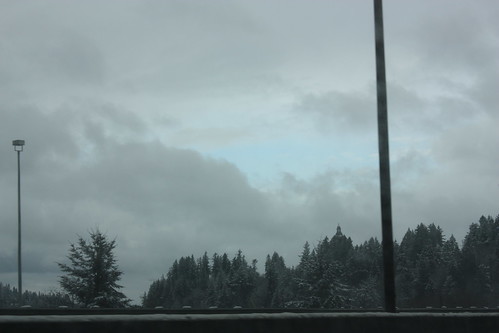 As I looked up at the sky, now calm, and thought about all we had been through, I realized there was lesson to be learned here. An important one.

And that lesson is this: if Rand makes me drive in weather conditions like that again, I will put his favorite shirts in the paper shredder. (Oh, and some bullshit about how there’s always blue sky after a storm or something. Whatever).