… but never asked (mostly because you had never heard of it before). 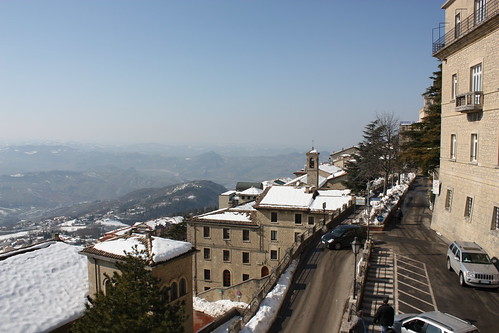 During our last trip to Italy, Rand and I spent a few days in San Marino, which is not far from Bologna. Prior to arriving, my knowledge of the place could be summed up thusly:

So, with the same ambitiousness with which I research most of my trips (that it to say, none) I went on the all-knowing Google to learn a little more about the Italian city of San Marino. Here is what I was able to gather. Facts are not guaranteed accurate and subject to change (thanks, internet!):

So, there you have it: a crash-course in San Marino. It’s tiny, it’s feisty, it declares war (without a military) and promptly forgets about it. And, despite being smaller than Manhattan, it has its own military. It other words? My kind of country.