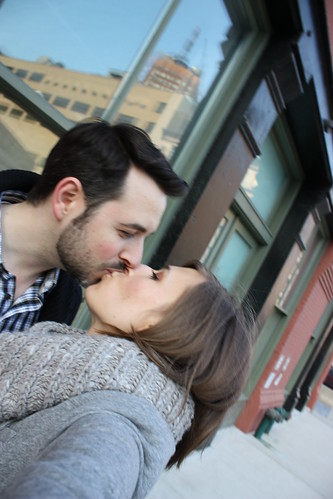 You save me from myself, babe.

I owe my husband a thank you. Without him, I might have gotten cholera, or bed bugs, or lord knows what else.

This is largely due to my tendency to get a little bit too excited by what people throw out – particularly in a large city like New York. The piles of garbage heaped up on the sides of street never fail to amaze me. While other folks take photos in front of landmarks, I take them in front of trash piles. 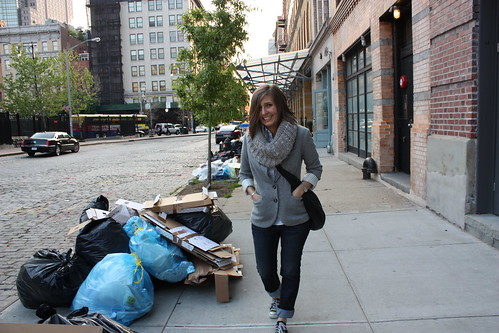 "Oh, and later we saw the dumpster that Justin Timberlake uses!"

Rand usually tries to dissuade me from full-on dumpster diving, as he regards it as a bit unseemly, and cuddling with someone who’s spent time in a trash can isn’t nearly as lovely as Sesame Street would have you come to believe. 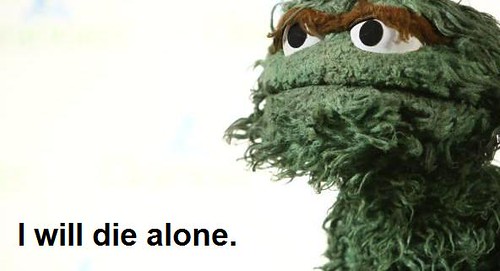 And I decide to listen to him, because I so rarely do, and “Please don’t pick things up off the street” seems like the sort of advice you should heed, even if you don’t agree with it (let no one say I do not compromise in this relationship. Sacrifices, we both have made). Instead of stockpiling the discarded treasures of New York in my home, I collect them in my memory, remembering with delight the time we found a trove of dismembered mannequins near the financial district, or the countless number of soiled mattress we spotted in Chelsea, like so many flattened, dirty marshmallows (I am horrible at analogies. Just go with it).

This past trip was no different. I resisted. I didn’t dive into the pile. I didn’t pose with discarded items, perfect props for the absurdist play that is my life. I wanted to, of course, but I did not. Instead, I merely snapped a few photos and giggled. 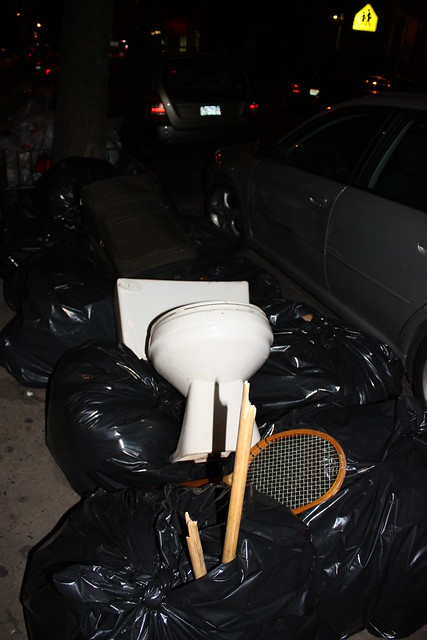 "Roger awoke with a bruised jaw and little recollection of what had happened the night before. He only knew that his favorite tennis racket was missing, and the toilet was not where he left it." 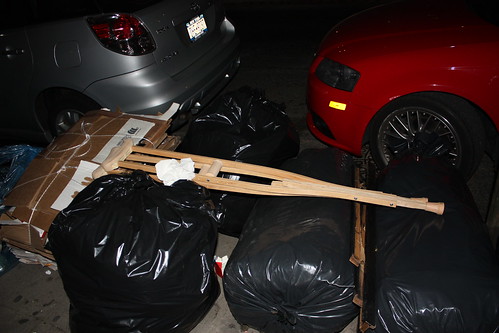 There were crutches and suitcases, cracked picture frames, and a broken mid-century chair.

Glancing at some of the items, I began to wonder why anyone would throw out something that seemed, to my uninformed eyes, to be perfectly good. But I’m sure each discarded item carried with it a brilliant story about how it had ended up on the curb, and why it should remain there. And by the time we left New York, I added my own bit of trash to the mix: a pair of Converse shoes which traveled with me halfway around the world, shoes that I absolutely had to throw out after an incident which shall only be described as “A-pooh-calypse.” Trust me when I say this: you do not want to know. Let’s simply say the shoes didn’t merely need to be thrown away. They needed to be incinerated, with lye poured over the ashes. 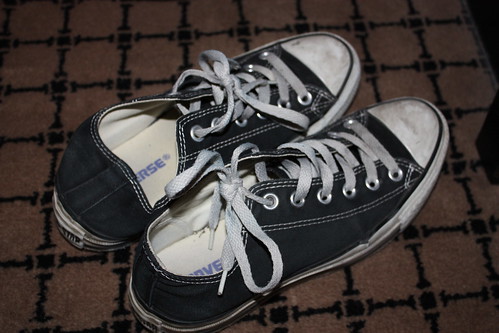 Farewell, old friends. You deserved a better end than this.

But I can imagine that if someone like me saw them, innocently lying on the curb, they’d be tempted to pick them up. After all, they look perfectly good. But knowing the sad tale of these shoes, I’d take a page from my husband, and stop them.

“You don’t want those,” I’d say. And like Rand has been so many times, I’d be right.