I love playing the part of the Ugly American.

The way I figure it, if people are going to judge and hate me without knowing me, the least I can do is have a little fun at their expense. The best part is the look on their faces when they realize I’ve been messing with them.

“Wait, wait, wait … you voted for Obama? Then why did you say America needs to blast all non-Aryan people off the planet? Oh, god … were you being facetious the whole time?”

Deeeelightful, I tell you. And so, in that spirit, let me tell you why the shops at Covent Garden are totally like the Pike Place Market, and how they obviously copied the idea from us here in the States.

Now, those of you who like to toss around facts when attempting to prove a point will note that Covent Garden was around a few centuries before the Pike Place Market, to which I will cleverly respond, “U.S.A! U.S.A! U.S.A!” And to that display of awesomeness, there is no response.

I wandered through the market on a rainy Friday morning, trying to kill time until the London Transport Museum opened (which, ruthlessly, was not until 11am. In my jet-lagged state, I had been up FOR 7 HOURS by then). It was pouring, despite the forecast predicting only intermittent showers. Seriously, we in Seattle invented that. 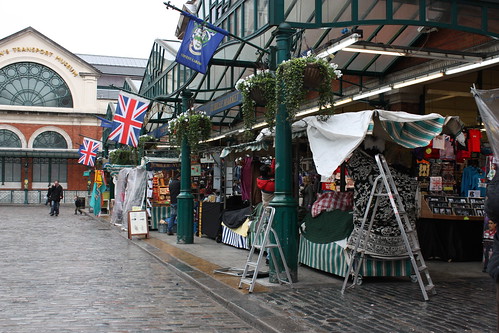 Also, notice the colors on the British flag. They totally got those from us, I bet.

The shops at Covent Garden didn’t really pick up steam until 10am or so. Before then, all the vendors were putting up tarps, because apparently Londoners, like Seattlites, hate getting wet, and also refuse to carry umbrellas with them (such copycats). 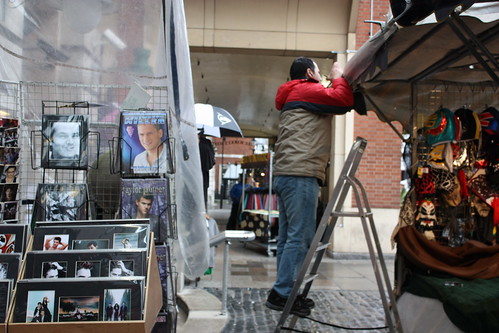 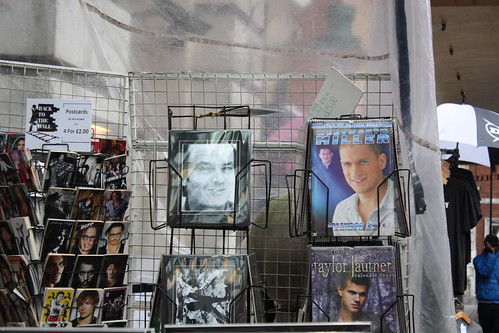 At this point, I started to get a little bummed. Regional markets all around the world seem to sell the same mass-produced, likely-assembled-in-a-sweatshop crap. A few short minutes after I took these photos, a horde of teenagers from Essex or wherever (I don’t know a single British suburban town. Ugly American, FTW!) was freaking out over this stuff. It kind of broke my heart. 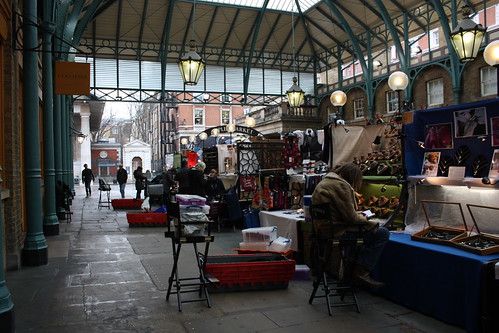 Putting the sarcasm aside for a minute (yes, seriously), there were some cool wares for sale. One guy had an entire stand full of photos he had taken of Banksy’s work around the city, printed onto stretch canvas (I’d have taken a photo of his stuff, except it was expressly forbidden. Which is weird, when you consider that his body of work consists entirely of  photographs of someone else’s work. But whatever). Another shop had pipes inspired by the Sherlock Holmes series. I kind of wanted to get one for Rand, despite the fact that he doesn’t smoke. 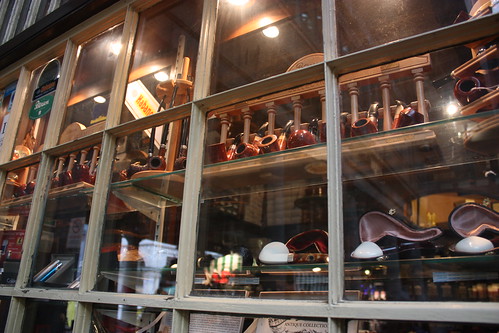 The Watson was my favorite as it was portly and round and reminded me of the good doctor.

There were still a good number of tchotckes, but they were a little more British in nature. 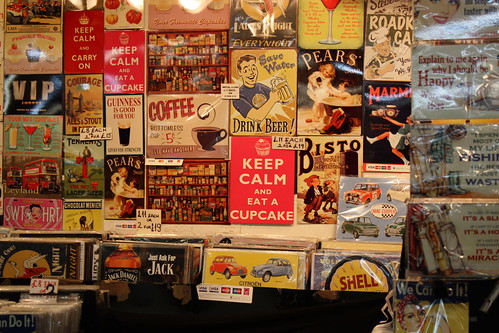 Guess which of these signs I regret not buying.GUESS.

And the street musicians in Covent Garden were nothing less than fantastic. Really, “street musician” doesn’t do them justice, as they were from a classical music performance group and orchestra, and they just happened to be playing in the courtyard. They were all kinds of magical. I wish Rand had been there, as he might have been able to tell me what pieces they were playing (he has a knack for that sort of thing). 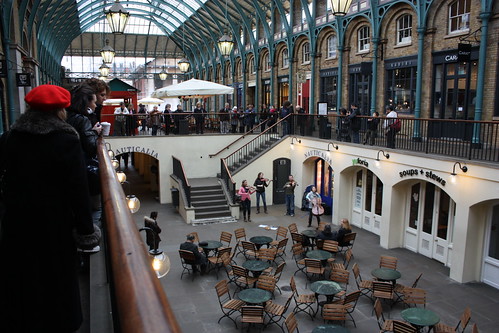 It ended up being a really delightful way to kill time and stay dry until the Transport Museum opened (of course, I did cave in and bought an umbrella emblazoned with a Union Jack). Except for one truly disappointing cupcake (do not go to Ella’s), it was a really enjoyable morning. Is the centuries-old Covent Garden just a rip-off of the Pike Place Market? Probably not. But even if it were, it’d still be worth a visit.