While my blog doesn’t have an official launch date, I’ve declared its birthday sometime in the first week of July. Like an irresponsible parent, I don’t remember when my creation first came into the world, and I was only marginally interested in those early months. Since the beginning of July was when I started to truly care, that’s the date I’ve stuck with.

And that means that this week, my blog turns 2.

Two years. Two years of traveling and writing. Twenty-four months of getting lost on public transportation and fighting with locals. A hundred and four weeks of eating lots and lots and lots of cakes (assuming I started eating them when I started my blog, which is incorrect). Seven-hundred-thirty days of following my heart, which belongs to this fool: 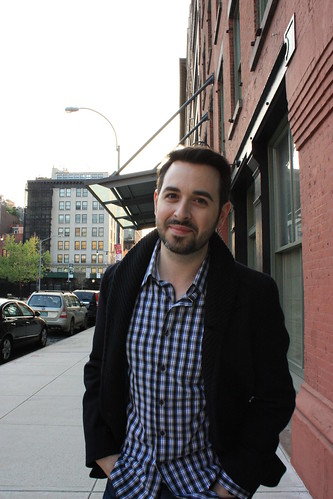 Fact: seconds after this photo was taken, he attacked my face with his. Look closely, and you can see madness in his eyes.

When I started this blog, I didn’t really plan on it going anywhere, nor did I anticipate anyone but my husband (and a few of my friends) would read it. I simply wrote it for the same reason that people climb mountains or build buildings: I was unemployed and had nothing better to do (also, I may have been drunk).

But since then – and at the risk of sounding like a sentimental fool – I’ve found this blog has become an incredibly important part of my life. I wanted to do something to commemorate these two years beyond just doing shots of straight frosting. I thought about extrapolating on all the things I’ve learned while traveling, but decided against it. Gary Arndt just recently did a post like that, and mine would pale in comparison because, frankly, I’ve learned far less than he (seriously, I travel the world like I studied calculus. Half asleep, and clueless).

Besides, I was traveling for a solid year before I actually started blogging (yes, it’s true. I roamed around foreign cities, shopped, ate cake, and didn’t even write about it. It is as close to being royalty that I will ever be).

So instead, I’d like to tell you about the life lessons I’ve learned from blogging. Because sitting down every morning and churning out a post has taught me a thing or two – not just about travel and cakes, but also about shopping. I mean myself. YES. It’s taught me about myself.

So Happy Birthday, you imperfect, misspelled, often snarky, and occasionally beautiful blog. You’ve made me realize that being a cynical romantic with a debilitating sweet-tooth and no sense of direction isn’t the crime I once thought it was.

Now who’s up for frosting shots? –