Yesterday afternoon, and in the wee hours of the morning today, a group of Occupy protesters headed down to the Port of Seattle. There they blocked traffic, attempted to shut down operations at the port, and clashed with police. Eleven people were arrested.

I, unaware of where the action actually was, walked along what was left of the Occupy encampment at Seattle Central Community College (the protesters were evicted last week, but there are a few errant tents and scragglers left over). I’d been too timid to go when there were actually people there – I’d visited the Occupy Protests in London and New York, and felt like an interloper. Now that most of the Seattle outpost was gone, and there was little to see, and few people milling about, I felt braver.

But still, I was an outsider, and the one man who I spoke to made that clear to me.

He responded to my questions in clipped answers. At the time, I didn’t think I was being terribly invasive. I asked where everyone had gone and what was going to happen now. He was clearly bothered – either by how little I knew about the movement or by the suspicion that I was, in fact, part of a bigger media outlet. The truth, had he known it, would likely have gone over far worse: that despite my unemployment and money woes, despite my Converse and old wool coat, I’m married to a CEO. And my life is pretty damn good.

Or perhaps I’m being vain in thinking that his demeanor was at all impacted by my presence. It may very well have been that this was a man who, after weeks spent huddled a tent against the cold and rain and wind, was wondering what he was going to do next. Many folks who were at the Occupy protest are homeless; eviction meant they weren’t sure where they’d spend the next night. And there I was, snapping photos and asking banal questions. In that respect, I suppose it’s gracious of him to have talked to me at all.

Here are some of the pictures I took yesterday, as the sun was setting at an alarmingly-early hour. 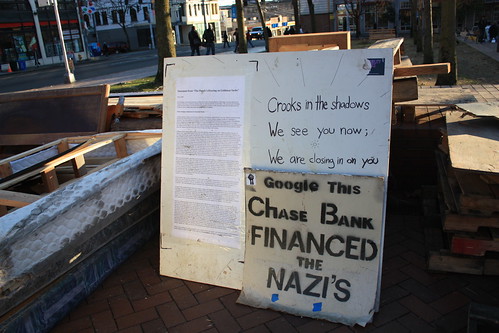 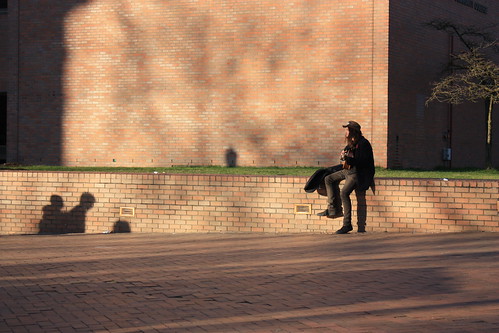 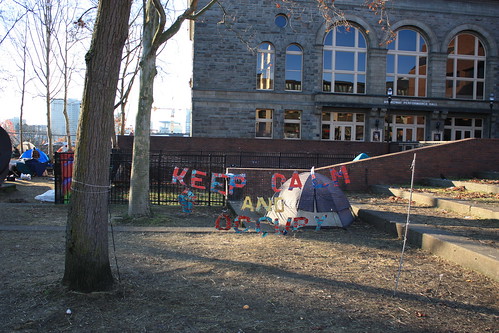 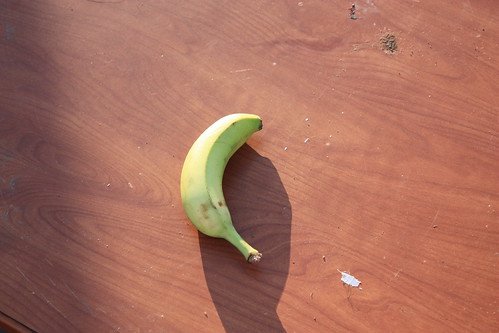 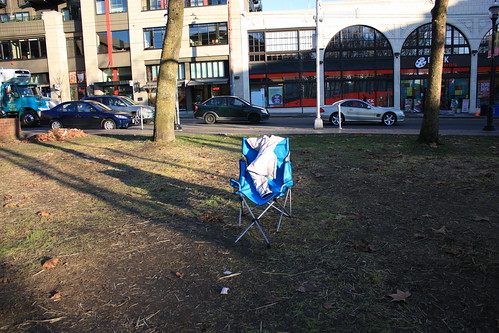 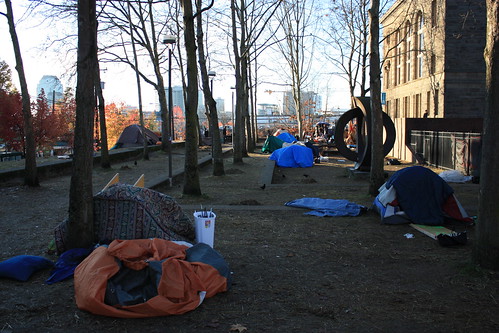 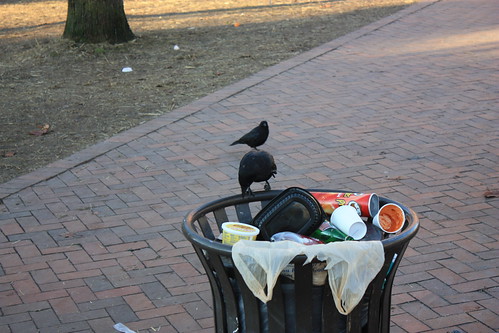 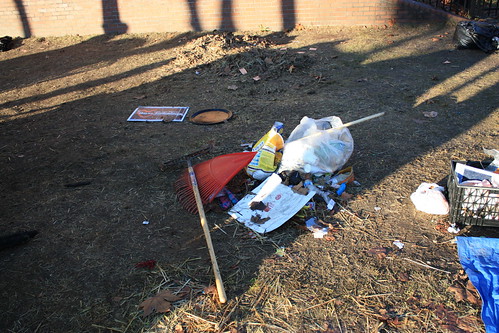 When I left, my hands were cold from holding my camera. I swung by the grocery store, picked up a few things for dinner, and headed home. It’s a luxury that wasn’t lost on me.