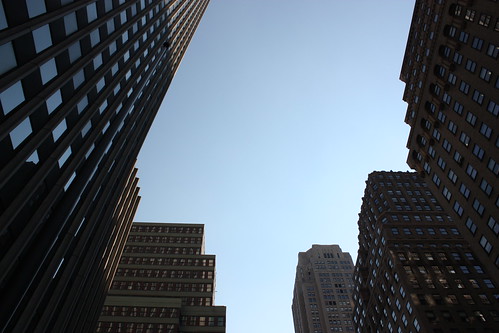 Midsummer in New York, the heat bounced off the buildings and the pavement, straight onto us.

It’s mid-January, and I find myself thinking about ice cream.

Outside, it’s freezing – the remnants of three days’ worth of snow have yet to melt. It’s a far cry from that day last summer that we found ourselves in Manhattan, when it was so hot that Fifth avenue appeared distorted by heat.

On that sweltering August day, we found a small ice cream shop – sparse, empty, and blasting air conditioning – and ducked inside. The flavors offered were complex (a stark contrast to the simplicity of the store’s decor) and many were spiked with alcohol. 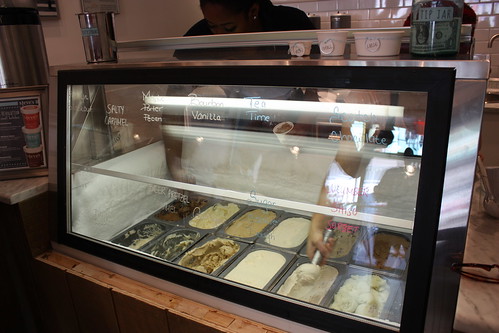 We had no problem with this.

There was no place to sit inside the shop, and so we took our scoops back outside, hoping the frosty confections would stand up against the heat, would somehow to cool us down before turning into a milky soup. They almost did, but summer in New York is a scorcher, and doesn’t care how much you paid for your gourmet ice cream. It will melt as fast as the cheap stuff, and it did. 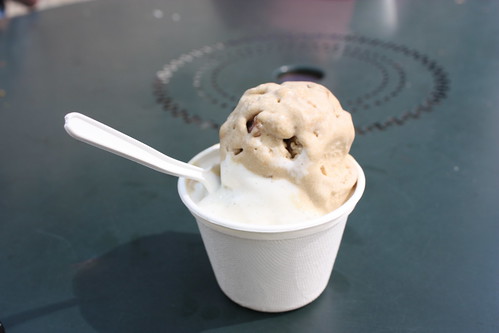 We found a table near the New York Public Library. It was in the shade, but it hardly made a difference. There was no escaping the heat. We finished our rapidly melting ice creams – they were (not unlike the scotches and beers that sired them) cold and complex and delicious. Mine left me lightheaded from the embarrassingly small about of liquor ingested. A a gal who doesn’t really drink – the only way to get me tipsy is to sneak it inside a dessert. A spoonful of sugar helps the single malt go down. 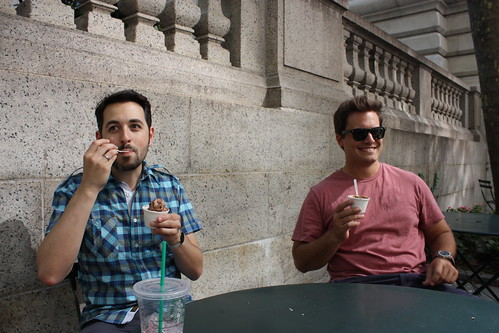 My darling husband hanging out with Peter (who has seen Risky Business more than once, I suspect).

Later, as I followed three handsome gentleman into the heat of an NYC afternoon (fear not: one of them was mine), I thought to myself, “Man. I could go for another round.”

It seems I will have to wait a while. The stand – Steve’s Ice Cream, closed shortly after. Fear not – they’ll be back again in Brooklyn this summer, but for now their confections will hold near-mythical status next to other seasonal greats, like the Cadbury cream egg and those Valentine conversation hearts. (You can buy pints in the store as well, it seems, if you are fortunate enough to live in the New York area. But if you ask me, the feeling is never quite the same.)

I suppose it makes good economic sense to wait until the weather warms up before opening a new location. After all, what fool would want ice cream in the middle of January? Besides me, I mean.