Skip to content
Posted in: Life at Home, Nothing to Do With Travel, WTF

It’s been snowing for days here in Seattle, effectively shutting the town down. Buses are stranded on hills, schools are closed, and Rand and I have done our best not to go all “Shining” on each other while stuck indoors together (except for a brief bit of hatchet chopping which he really had coming, it’s all been rather pleasant).

Snow rarely happens in Seattle. We might get a few inches over a few days, but it’s been ages since we’ve seen this much snowfall, and actually had it stick around. The first night, the streets were filled with people. The park near our home was a snowball battlefield, and at least a dozen snowmen had been erected.

And … um, speaking of things being erected … (Note: if you work in a particularly conservative environment, you might not want to keep reading) let me tell you about the snow sculpture we encountered in the park.

At first, I had trouble discerning it was … 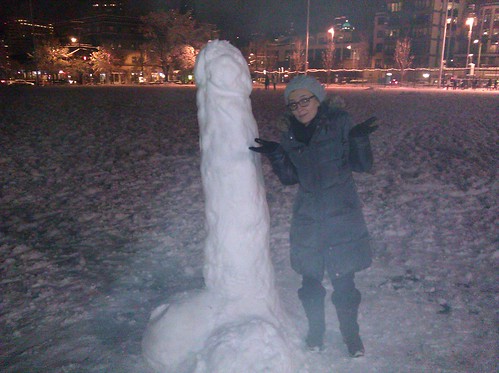 I don't get it. Clearly it's some sort of armless man with giant feet and a bowl haircut ... BUT WHY?

Then, after a bit of contemplation, I began to understand. 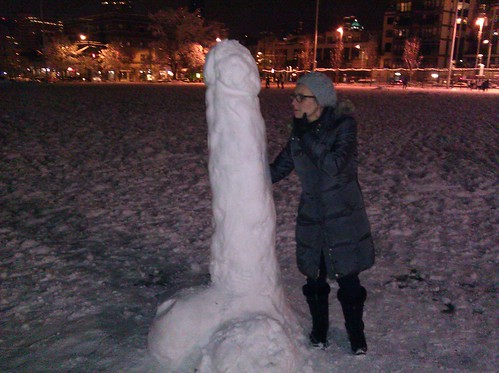 And I gave it an enthusiastic thumbs up! 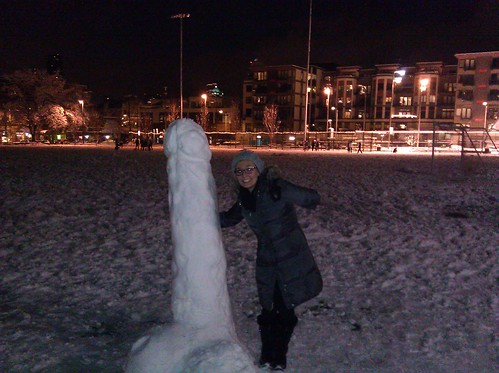 I'm sincerely bummed that it's too late to send this out as our Christmas card.

Since taking these photos, we’ve gotten another solid six inches of snow, so the sculpture you see has probably toppled over, or is now a weird amorphous sibling to what it once was.

I will let you make your own jokes about that. I know we did.