I can, at times, be a little opinionated (I know, I know. Shocking, right?). I’ve found myself at odds with all sorts of people – local politicians, NFL referees, the judges of American Idol – due to our differing viewpoints. I can’t help it. I’m Italian. We’re a passionate bunch.

Recently, a disagreement with someone had my blood pressure spiking in a way I had not felt since last year’s winner of Idol was announced (SCOTTY McCREERY? REALLY? Okay, fine. Whatever). I found myself stuck on the whole situation for literally hours – wondering how someone could see things so differently than I did.

I calmed down though, after reminding myself that our different ways of looking at the world are part of what makes it wonderful place. (Also, I ate a half-dozen M&M sugar cookies. That may have helped).

And so, in honor of trying to see things from someone else’s point-of-view, I’d like to present another installment of Multiple Perspectives in Photos. This time the lovely Joanna was snapping pictures in Barcelona at the same time I was. Here are some of our shots, from her vantage point, and from mine.

It was raining for much of our time in Barcelona, including when we visited La Pedrera – one of Antonio Gaudi’s famed buildings in the heart of the city. While on the roof, I popped into an alcove and snapped this picture of Rand and the poor coworkers (Joanna and Kenny) who were stuck with us. 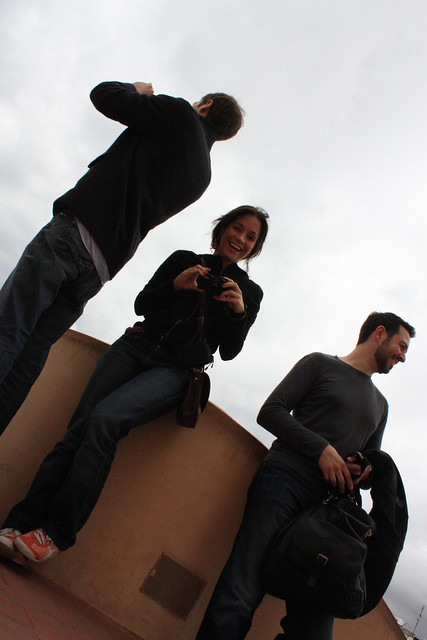 Yes, my husband holds my handbag while I act like an idiot. He is a gem.

Joanna, in turn, took a photo of me:

This basically sums up what it's like to travel with me: screaming and cameras. (Not pictured: cupcakes)

While we explored the top of La Pedrera, determined to get our money’s worth (admission is PRICEY), I snapped a shot of myself and Rand. He, as usual, is adorable, while my face, as usual, is kind of wonky … 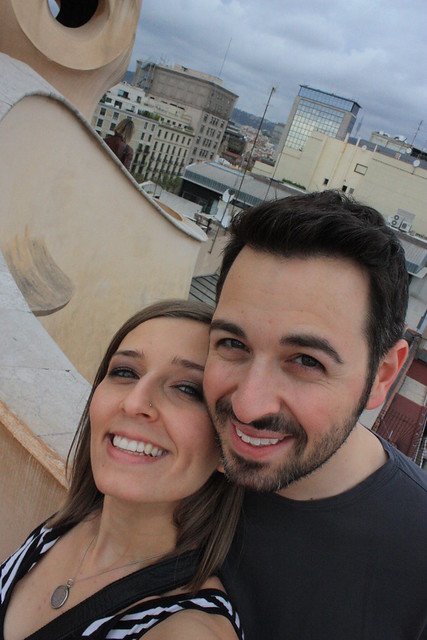 Unbeknownst to me, Joanna was capturing the same scene on her camera: and I kind of love her take on the whole thing. Not only does it look like I have long limbs, but my face looks nearly symmetrical (lies, all lies!):

Of course, I had to return the favor. While Joanna was snapping this photo of some of the internal architecture at Casa Batllo (another of Gaudi’s brilliant creations) …

… I took this one of her, which I rather like. 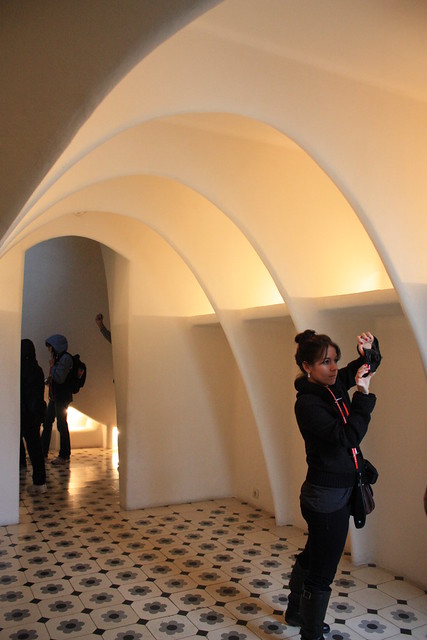 Note: she always looks this fabulous, even when she doesn't know her photo is being taken. It's cool to hate her a little.

It was raining yet again on that day. Perhaps it was getting to us: in the photo I took of Rand and myself on the rooftop of Casa Batllo, he looks sad. 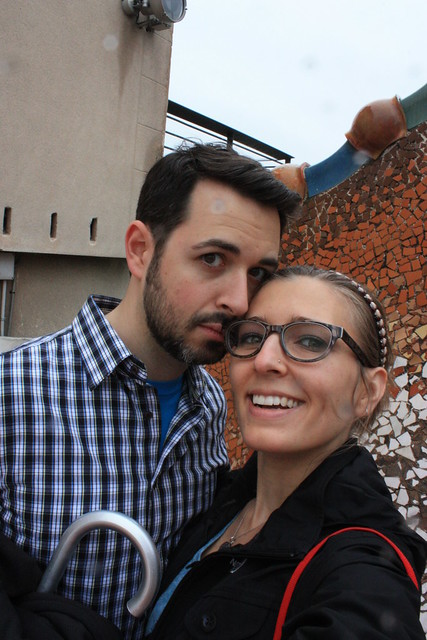 He appears no less bummed in Joanna’s version of the picture. I suppose that some things, no matter what angle from which you look at them, will always seem sad.

Fear not: I did manage to catch Rand smiling on that rainy rooftop, even though no one else saw it. 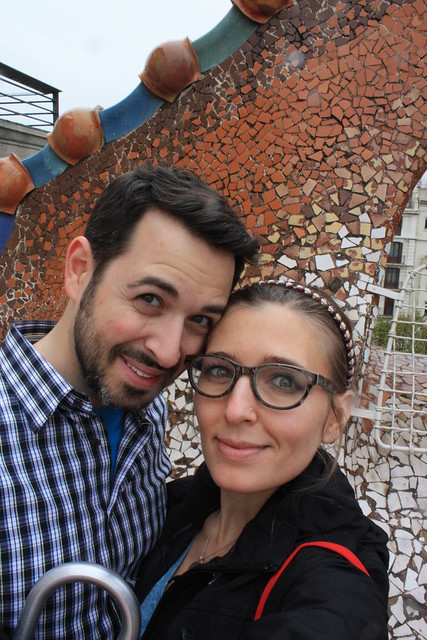 Which I guess just goes to show you: if you like what you see, sometimes you don’t need anyone’s viewpoint but your own.