Skip to content
Posted in: Life at Home, Nothing to Do With Travel, WTF

Rand and I have been home for twenty-three days. Twenty-three. This is the longest stretch of time we’ve both been home together for nearly a year. It’s also the gestation period for a female human (Edit: No, no it’s not. I’m just seeing if you were paying attention.) And it’s roughly the amount of time I need to spend in one place before I start going absolutely bat-shit insane.

Even on a good day, I tend to lean pretty far towards the crazy end of the sanity spectrum. But leave me at home for three weeks, and I start to go a little bonkers. I’ve plotted it all on this chart. 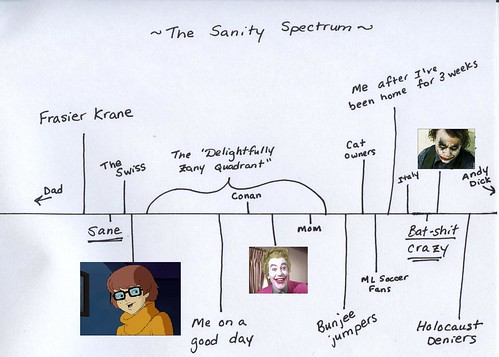 It took me forever to find a picture of Velma from Scooby-Doo that wasn't all porny. I severely am bothered by this.

In lieu of traveling, I’ve started doing things. Weird things. Like working out (I’m actually unable to walk down the stairs of my home right now because yesterday I paid a trainer to put me through hell. I literally paid her to do things which, had we lived in Medieval times, would have been fit punishment for the crime of, I don’t know, being able to read. Don’t fool yourselves, kids: THERE WAS NO RENAISSANCE. The Dark Ages are alive and well, in the weight room at Gold’s Gym). I’ve fixed clothing that’s needed to be mended since 2006 and is consequently no longer in style. I even started tackling that huge pile of bills that keeps accumulating on my desk (I was waiting until it grew so big that it became sentient and learned to pay itself. I was going to name it “Final Notice.” But I grew impatient.)

And then last night, in anticipation of a friend coming over for dinner, I made namecards for the table. Nevermind that there would only be the three of us. And that we all knew each other very well. And we all sit in the same place every time we have dinner together. And that the names were completely made up. 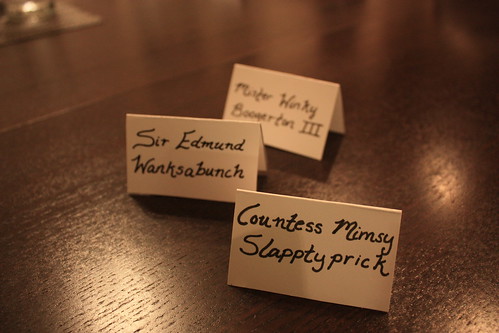 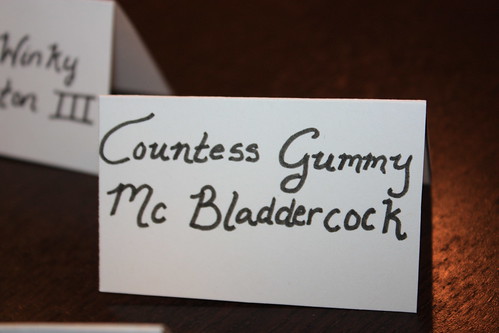 There were lots of countesses anticipated at dinner.

This one was the crowd favorite: 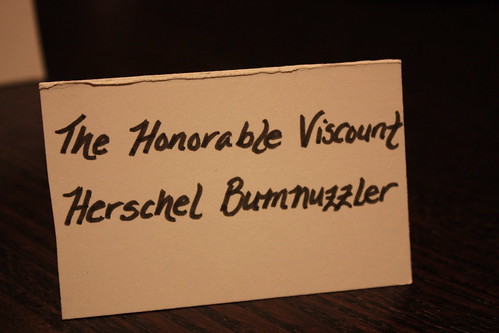 I got less and less creative the more of these I made. 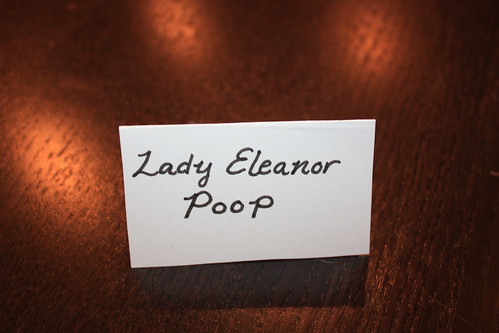 And towards the end, I sort of stopped trying. 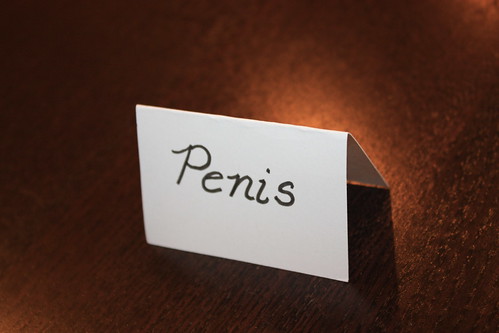 I also made a strawberry, apple, and blueberry pie for dessert. We ate half of it, and none of us – not Lady Janet Smith (nee Fartsmonger), the honorable Viscount Herschel Bumnuzzler, nor Baron Von Hugenstein – had any regrets about this. 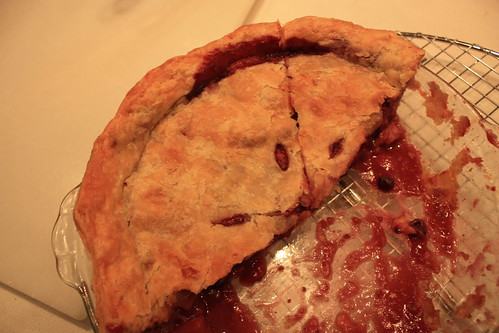 But really, I think maybe these namecards are a sign of something … 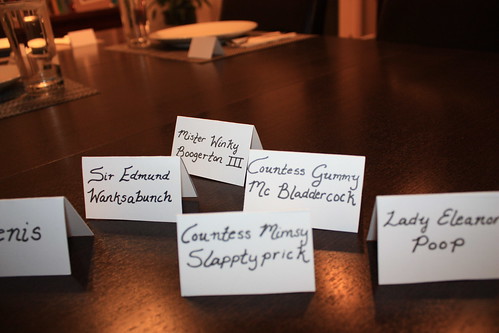 Like that I need to get on the road soon before I start organizing my sock drawer according to the feelings that each pair invokes, or writing a book of etiquette with an entire chapter dedicated to cat birthdays.

WTF, Everywhereist. KEEP IT TOGETHER. Life at home should not be crazier than the baggage claim at Newark.