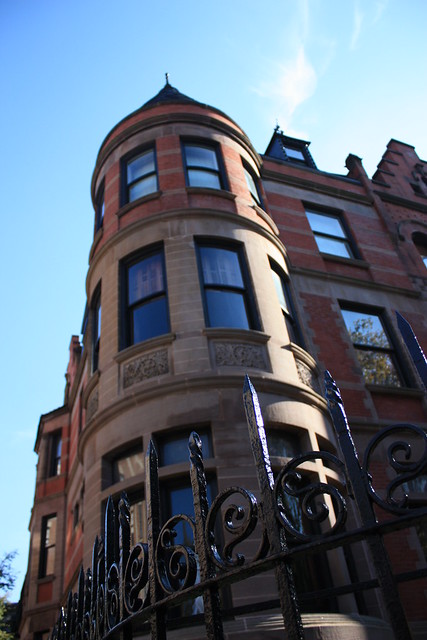 On Halloween day, I headed to the Tribeca firestation made famous in Ghostbusters. That night, I channeled Margot Tennenbaum on the streets of midtown, eating stick after stick of candy cigarettes.

The next day, I realized I wasn’t yet done paying pilgrimage to movie locations or obsessing over Wes Anderson.

And so, on the first day of November, which was bright and clear and curiously warm, I left our hotel with a specific goal in mind: I was going to see the house on Archer Ave that Royal Tenenbaum bought in the winter of his thirty-fifth year.

The Royal Tenenbaums was the first movie I even saw in the theater with the boy I later married. I don’t know if that is part of the reason I can’t watch it without my heart hurting, without sighing longingly and thinking that life is beautiful and hilarious, even when it’s sad.

It might be something more – like the fact that my father has always sort of reminded me of Gene Hackman. That in a few early scenes of the film, Anjelica Huston‘s character speaks Italian. That weeks after it came out my brother called me and the first words out of his mouth were not “Hello” or “How are you?” but, “Have you seen The Royal Tenenbaums?”

If you are unfamiliar with the film, please take a minute (or 109 minutes, to be exact) to watch it. I’ll wait. Really. (Seriously, go. This post will be waiting for you when you get back).

Though Archer Avenue itself is fictional, the house that Wes Anderson used in The Royal Tenenbaums is not (his draw to the building was so strong, it actually influenced parts of the story). It stands on the corner of West 144th and Covent Ave in Harlem.

Harlem. Prior to that November day, I’d never been further than 112th street. I knew nothing of Harlem besides its eponymous globetrotters, and the fact that my husband’s mother had grown up there.

I looked at my map. Harlem sat at the very top, threatening to fall of the edge. I decided to take the 3 train. This was a mistake. The A, B, C, or D will place you around the corner from the house. The 3 will drop you off three-quarters of a mile away. But I’ve never been one to have much direction, in travel or in life, and it was a beautiful day. I stepped off the subway, learned of my mistake, and began trekking across a portion of Manhattan that I never knew existed. 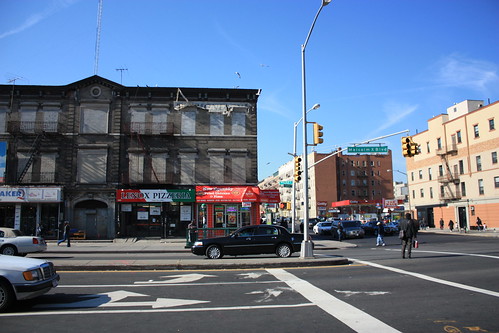 It was like time had become undone. It may have been the 70s, the 80s, the 90s or now. Or perhaps all of those things at once.

I crossed Malcolm X Avenue. I saw old churches made of stone and small, family-run restaurants with neon signs. I listed to men laughing loudly inside a barber shop, their chatter bouncing off the walls and onto the street. Everyone I saw was on their way somewhere. There were no tourists in this part of town, save for me.

And I, too, was on my way somewhere. 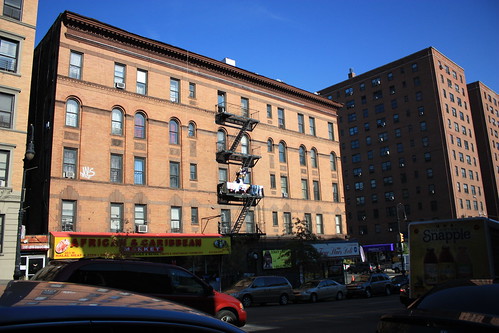 The sun lit up old, graffitied buildings, forever cementing the impression in my mind that Harlem is bright and beautiful.

The house is in a wealthy little enclave called Hamilton Heights. It’s beautiful and somewhat disorienting, not just because you feel like you stepped onto a movie set, or because you need to remind yourself that this is, in fact, still Manhattan, but also because all the houses look like they could be the one where Richie, Chas, and Margot grew up.

Like this one, which sat across the street from my destination, and also had the telltale spire: 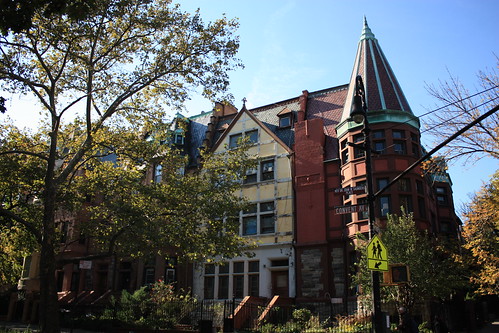 Or this one, which was just down the road. 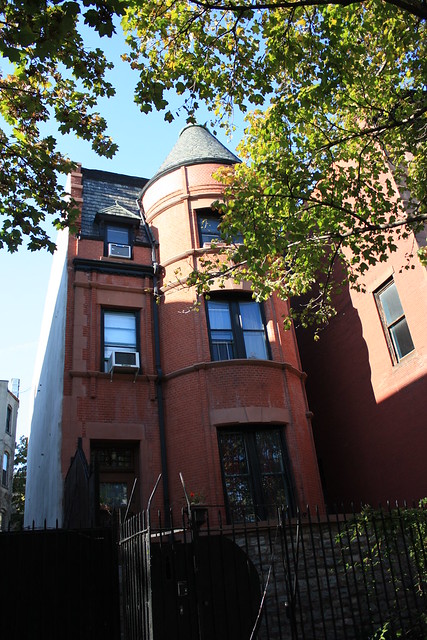 Or even the church across the street. 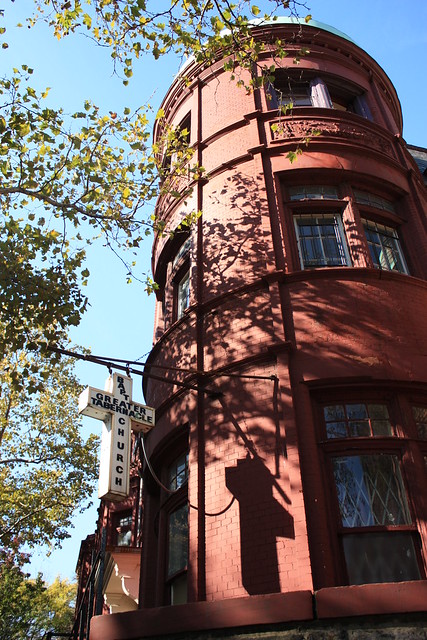 But I’d seen the movie enough times. I knew the spire I was looking for. The wrought-iron fence out front, the stairs Eli crashed into. The rooftop on which Margot and Richie shared an ancient cigarette. I knew it when I saw it, as if there had been tiny dalmatian mice hiding in the corners. 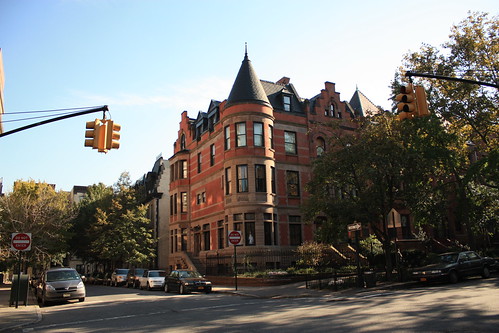 It’s a beautiful house. I only saw it from the outside, but still, it was lovely. 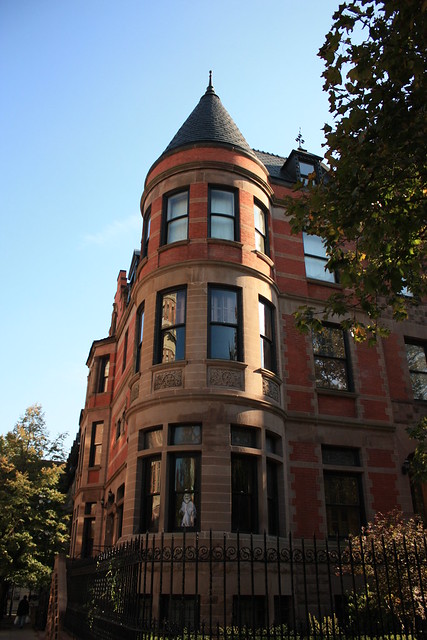 I spent far too much time capitivated by everything. 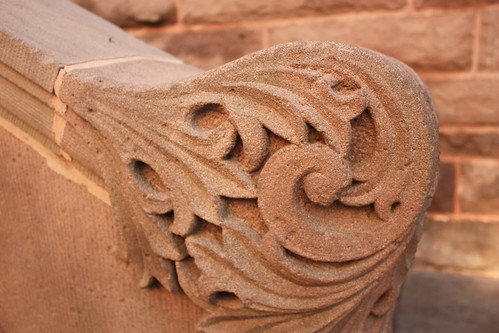 The leaves on the cement banister. 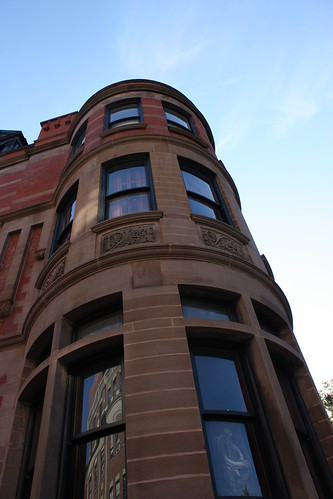 The three stories of windows, out of which each of three Tenenbaum children stared. 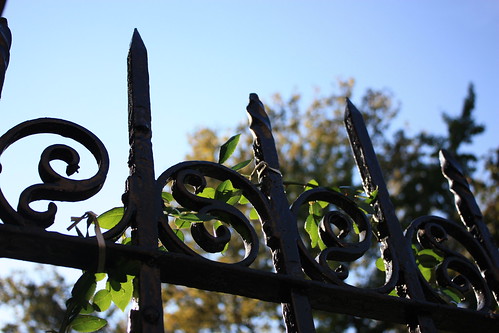 The scrolling metalwork on the fence out front.

I went knowing I couldn’t go in. The house is a private residence, a discovery which caused me the same mixture of envy and pain that I get when I pass my childhood home here in Seattle. You simply hope that the current inhabitants who live there know how truly lucky they are. That they wake up every morning and think, “This is the greatest house in the world.”

And then you dream, quietly, of the day when your writing career will take off (because it is your dream, after all) and you are able to buy it. And every morning after, you’d open your eyes and sigh wistfully and think, “This is the greatest house in the world.”

But back in this reality, you have to say goodbye to the house and return to midtown.

As I walked through Harlem again, this time to a nearer subway stop, I began to wax poetic (the way one only can when they are wandering through uncharted parts of New York alone). I thought about how life isn’t a straight comedy or tragedy – how it’s all those things in one, and it leaves you wanting to laugh and cry at more or less the same time. It’s not unlike how I feel after watching a Wes Anderson movie. And perhaps that’s why he resonates so well with me.

And why I trekked all the way to Harlem. Just to look at a house, and only from the outside.

The Essentials on the Tenenbaums House (West 144th and Covent Ave, Harlem):