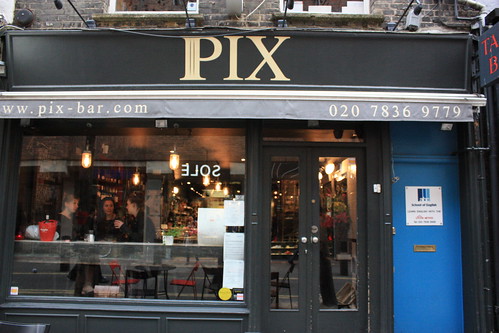 I have given up trying to get to Patisserie Valerie, which everyone and their brother tells me is the best bakery/dessert chain in London. Maybe it is. I wouldn’t know. Every time I’ve tried to grab a seat at their shops, I’ve been treated like one of the following:

I’m sort of guessing. I’ve never encountered any of these folks in real life, so I don’t know how they are treated, but I assume it’s not very good.

On our most rescent ill-fated visit to the chain, we tried to grab a seat at their location in Covent Garden. The staff told us we could sit down as soon as they cleared our table. So we waited. And waited. This sums up the speed of how things were going: 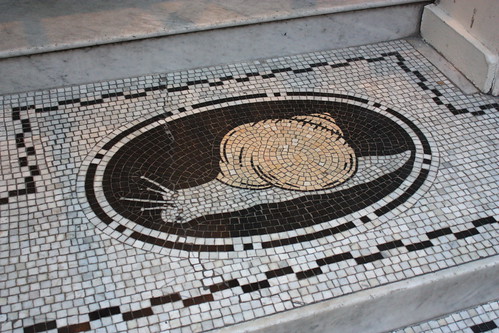 I don't know WHY there was a tiled mosaic of a snail in a doorway, and I don't really need to know: it's just one of those things that makes London magical.

Finally, the table was cleared, and we moved towards it, only to be promptly yelled at. Apparently our table was not quite ready. So we headed back to the front of the store and waited some more.

After ten minutes of staring at our empty table, I asked someone if we could sit. They looked at me impatiently, and explained that they would let us know, and promptly went back to ignoring us. So we continued to wait. Two women walked in, loaded with expensive shopping bags, pushed past us and headed towards our table.

No problem, I figured. They’d be told it was being prepared for us, and that they’d have to wait. Instead, they were handed menus and served water almost immediately.

I turned to Rand, my blood boiling. This happens to me with shocking regularity. I get it: I often run around in old jeans and beat-up Converse. I look like a poor, rapidly-aging grad student. But believe me when I tell you I’m willing to spend a small fortune on baked goods, so it would be financially advantageous for these places to seat me, regardless of my attire.

We walked out of the cafe and I did my best Godzilla impression on the pavement, stopping around clumsily and breathing fire. It did little to make me feel better. I was hungry and enraged.

Rand steered me towards an unassuming cafe we’d seen earlier. “PIX” said the sign across the front – and upon seeing the “x” in the name, I thought, “THE USE OF SUCH AN OFT-NEGLECTED CONSONANT CAN ONLY MEAN TAPAS.” And it did.

We walked in and were seated instantly (THANK THE HEAVENS). There was a large bar along one side of the restaurant, and it was covered in beautiful, meticulously arranged snacks. 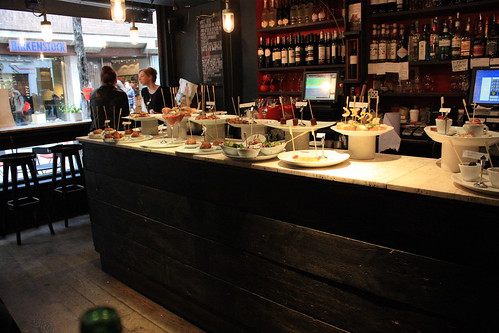 “Just help yourself,” the young man behind the bar said. Though I realize I might have been swayed by the fact that I was starving and he was offering me food, I remember him as being absurdly handsome and kind and smelling of roses and cupcakes.

Rand thinks that this claim might be slightly exaggerated. Whatever.

Pix’s system is pretty simple: tapas are laid out, buffet style. Each item has a skewer in it – either a long one or a short one – corresponding to the item’s price (in fact, pixtos, the Spanish word from which the restaurant gets its name, means “spike” or “thorn”). After your meal, a server comes and quickly tallies up the skewers and hands you a bill. It’s incredibly simple, easy, and doesn’t even require you to read a menu.

And did I mention you get to eat instantly? 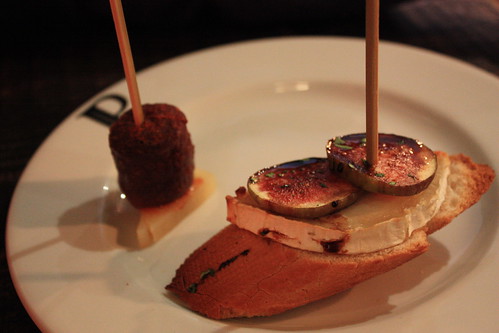 Chorizo and machego at left, and toast with goat's cheese and balsamic figs at right.

The turnover in the place was so fast that no dish seemed to be sitting out for very long. Everything was fresh and delicious. 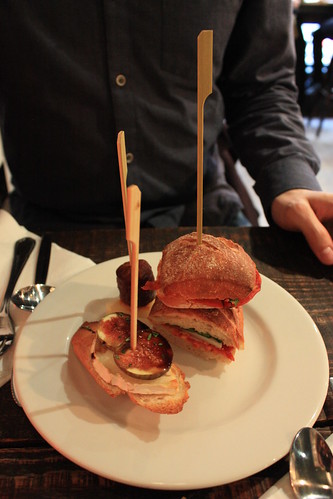 Same as above, alongside a little bocadillo we demolished. 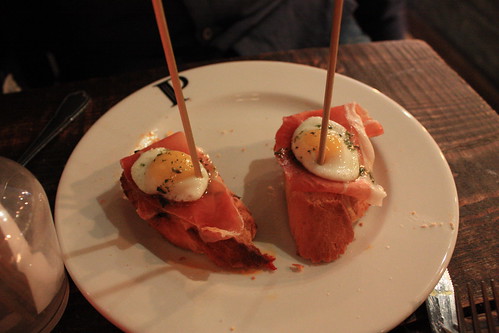 Full and happy, we left an obscenely large tip, even by American standards, and then wandered back out into the chilly afternoon with renewed vigor. So much vigor, in fact, that I might have uttered few nasty words under my breath as we passed Pastisserie Valerie. Don’t worry: like before, I doubt they noticed me.