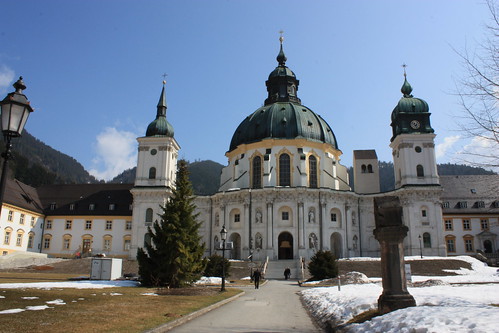 Rand and I did not realize what the building was when we first came across it.

We were heading to Linderhof castle in Bavaria, and when we saw the giant green dome emerge between the mountains, lovely and imposing, we figured that was it.

It was only once we were inside that we realized it wasn’t the castle, and even then, we weren’t clear on where we were.

And it is this ignorance that will be my defense should anyone critique me for making out with my husband in front of what turned out to be Ettal Abbey. 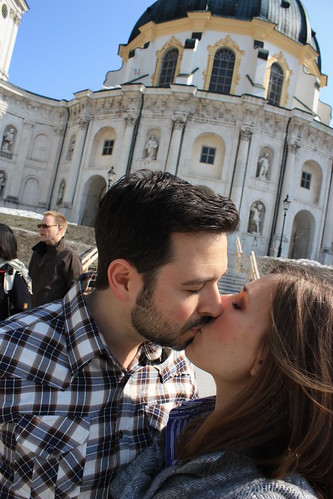 Ettal Abbey is located, appropriately enough, in the small town of Ettal, about an hour or so outside of Munich. Even when we were there in March there was still snow on the ground, but the day was warm and bright. 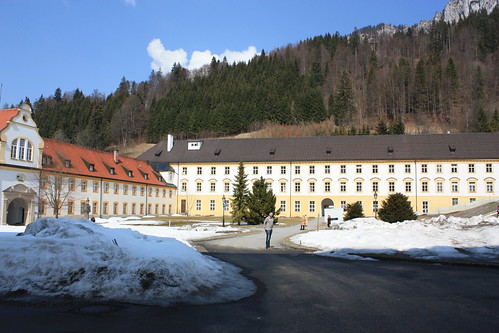 The green-domed cathedral was built after the original building – which had been on that site since the 1300s – burned down in 1744. Over the decades, more buildings and towers were added on, in the same Baroque style of the dome. 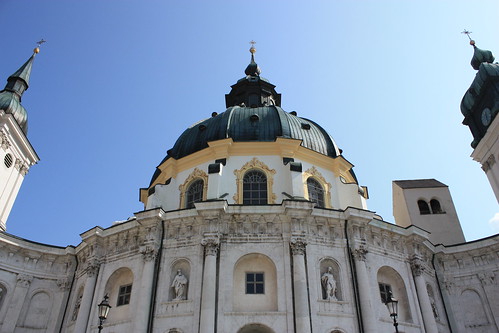 The inside of the Basilica is lovely. Covered in frescoes and gilded statues. 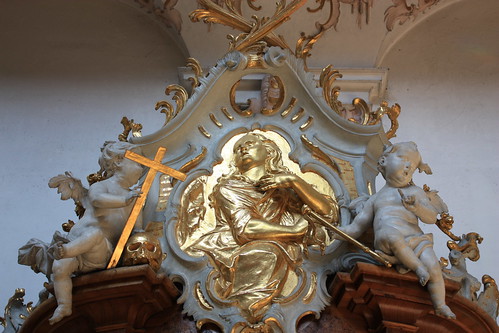 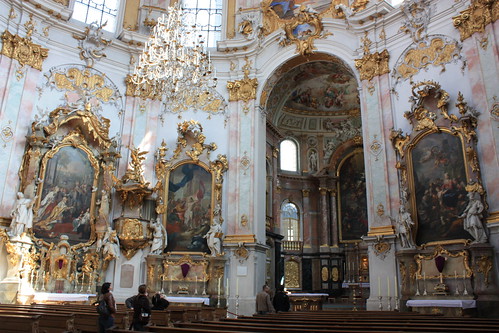 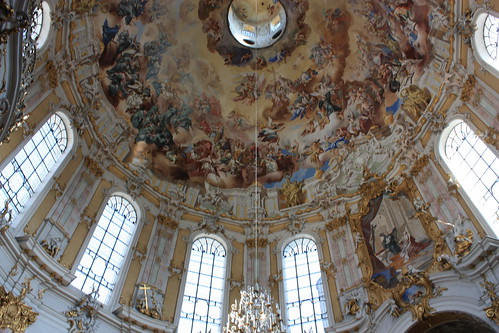 I would later learn that during WWII, a number of folks in Ettal were in on the conspiracy against Hitler. One priest was forced to remain there so he wouldn’t go around spreading anti-Nazi rhetoric. And theologian Dietrich Bonhoeffer – who would later be killed for his role in the resistance against Hitler – spent a good deal of time at the Abbey as a guest of the Abbot.

So just so we’re clear, Rand and I were smooching in front of a building that housed many great minds and activists back in the day. 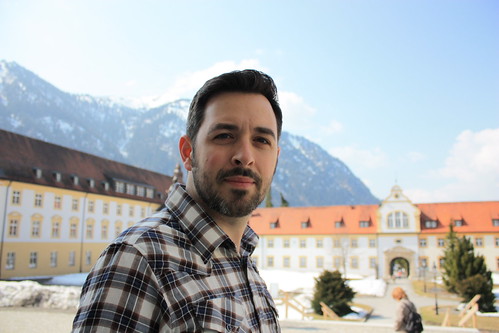 Yeah. That’s bad. But wait: it gets worse.

After returning home, I discovered that the Abbey has been the site of some serious violent crimes. In 2010, ten priests were arrested for sexually abusing and “sadistically tormenting” children at the Abbey.

It is heinous and cringe-worthy and awful.

And we were kissing precisely where it happened.

Ugh. I realize precisely how ignorant and shameful this is. Feel free to leave some rabid comments. Or send me hate mail (if you do, I ask you not to skew too hyperbolic, as it weakens your argument. Telling me that I am “the worse human who ever lived” doesn’t work. Telling me I should have known better does).

Ettal Abbey, I’m sure, is not the only site we’ve visited where crimes occurred that we knew nothing about. That’s the thing about travel – even when you do inform yourself about a place, you might not know the full story. Every history book ever written is abridged. After enough time, the sites of massacres become tourist destinations, and no one is the wiser.

Later, we walked through the town, and had lunch at the restaurant just across the street from the Abbey. 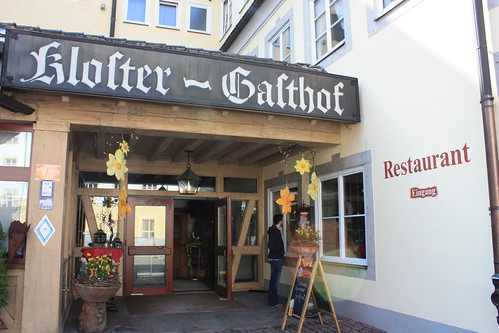 It served ginormous portions of German food, and it was all rather tasty and reasonably priced. The waitress, a spritely woman with short, spikey pink hair, and wearing a dirndl, was incredibly sweet and spoke excellent English.

We ate in the same state of happy oblivion that characterized our visit to the monastery. Rand ordered tomato cream soup, we both got schnitzel, and we shared a strawberry sundae. 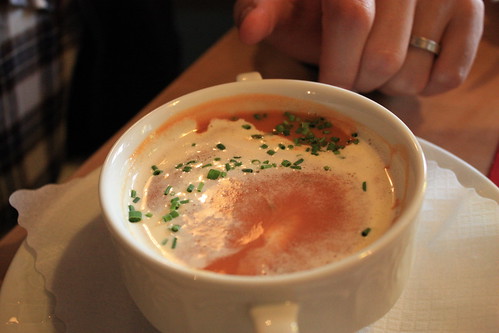 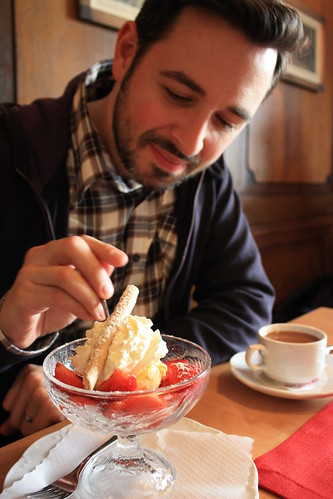 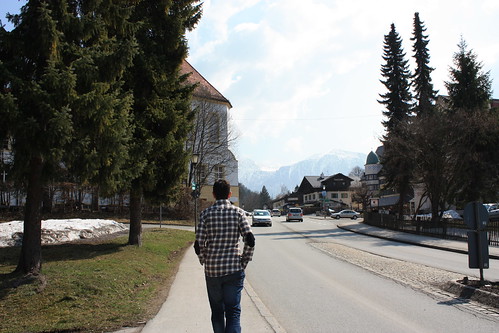 I’m not writing up an “Everywhereist Essentials” summary for this destination, because I’m not sure what to say. Should you visit? I don’t really know. It’s a beautiful site full of rich history, but look closely, and you’ll see the scars.

Whatever you decide, at least you’ll be more informed than we were. I went to Ettal not knowing a thing … 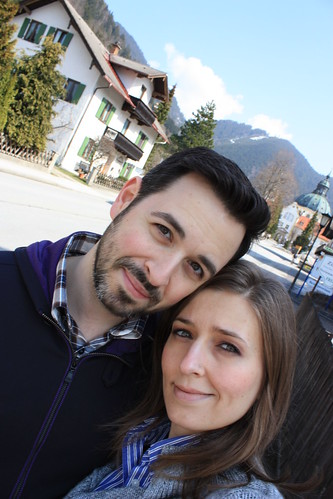 Which is probably why I had such a nice time.