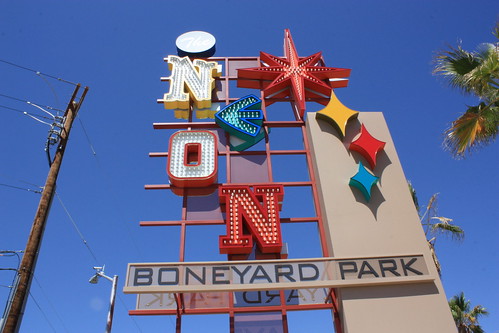 I hope Bill and I become friends.

He looks sort of like a grown-up version of the kid from Up. He has the raspy, mumbling accent of a lifelong west coaster. Where every word lazily drips out of his mouth and spreads itself out on a sunny patch of grass.

“You are never going to look at signs the same way,” Bill says to us, and I want to shout out my disagreement, just so that the two of us can have a moment.

But “YOU ARE FULL OF SHIT, BILL.” never gets past my throat. I can’t disagree with him. I am never going to look at signs the same way. We’ve only been in his company for five minutes, but already, I know this is true. 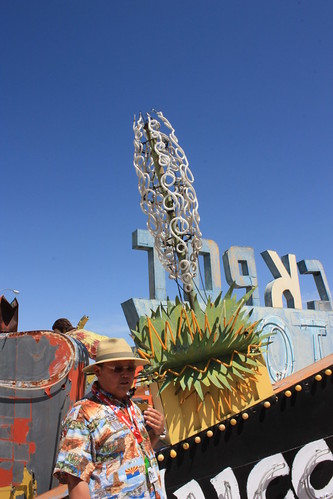 It is a scorching May day in Las Vegas. At 2pm, the sun is directly overhead. We are at the Neon Boneyard – a sort of retirement home for old casino and hotel signs. This is where they go to spend their final years.

I’m here at the suggestion of Gray Cargill, a fellow travel-blogger who has been my cultural attache to the foreign land that is Vegas. She is the Cheshire Cat to my Alice, the Rufus to my Bill and Ted.

Gray warned me that I might not be able to get tickets to the Boneyard – they book up weeks in advance, and she herself had never managed to book a visit. But Rand and I went online a few days before our trip and – miraculously – were able to get in. We now stood with a group of folks in the searing heat, hanging on to everything that our tour guide Bill was saying. 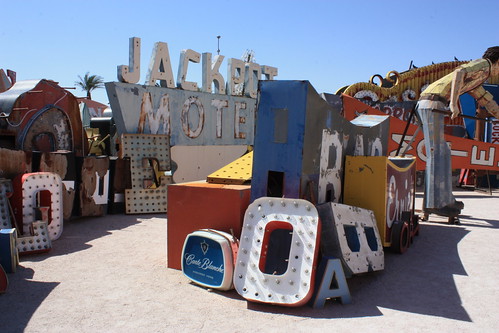 A resting place for the relics of Vegas’ past. 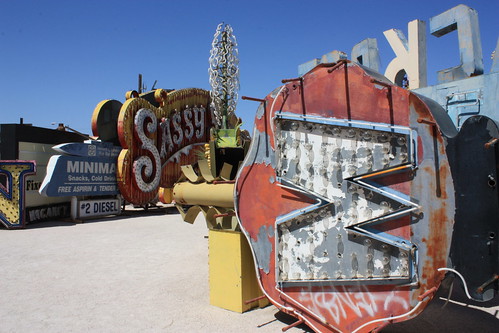 There are hundreds of signs here – some donated, some rescued (while the museum receives many of the signs free of charge, disassembling and moving them costs a small fortune). They span from the 1930s to present day. In the Boneyard, they are not electrified, but dismantled and strewn about (it is but one of several locations and attractions make up the Neon Museum; restored, functional signs can be seen at the Fremont Street Gallery).

It feels like we are walking through a deconstructed carnival. I half expect a terrifying clown to pop out from between two giant metal letters, but thankfully, one never does. 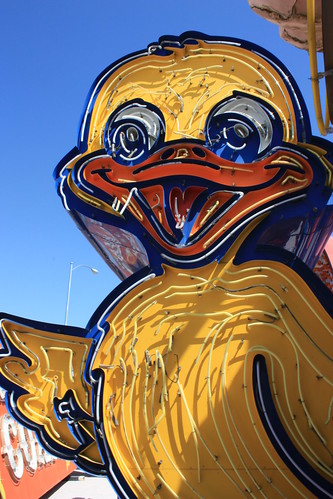 There is, however, a somewhat creepy giant Duck.

Despite his laid-back demeanor, Bill speaks quickly and passionately. He herds us through the Boneyard, snapping us to attention when someone starts to fall behind. 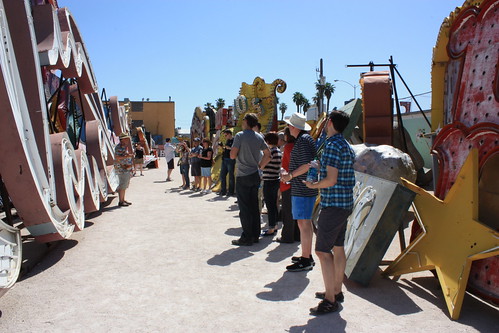 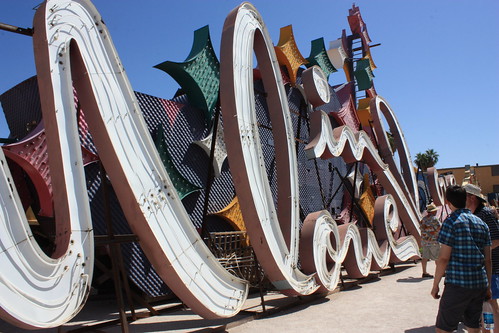 He explains that every neon glass tube we see has been bent by hand. The sign makers are unappreciated Chihulys. Their incandescent masterpieces sit in this dusty lot, illuminated only by the Nevada sun. Bulbs break. Paint fades.

The signs are aging showgirls. Look closely, and you can see what they once were. 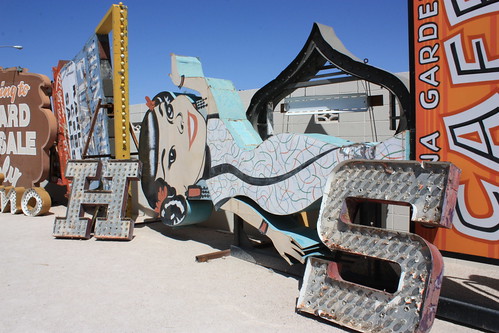 And now she makes her living on her back, poor thing.

Bill points out that not all the pieces here are neon. He describes the work that went into one, the thousands of bulbs that line another. He talks about the casinos and hotels on which they hung. We get an abbreviated history of Vegas, told in metal and glass. 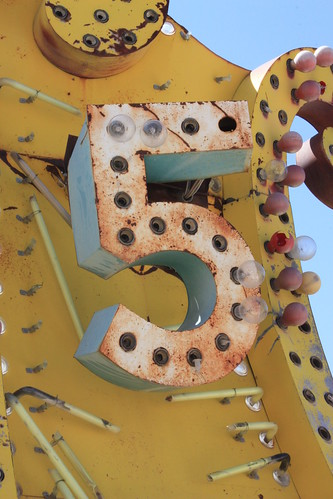 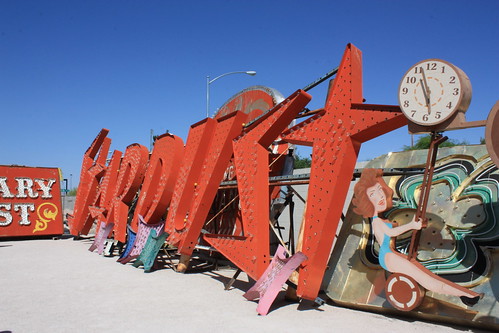 We hear about the grit, the glamour, and the crime. It seems more fitting to learn about it here, in this distant and dirty lot. The strip feels worlds away.

We try to take shelter from the sun by hiding in the shadows of some of the larger signs. It doesn’t quite work. I regret not taking a parasol. But those are increasingly hard to come by since the end of the Victorian age. 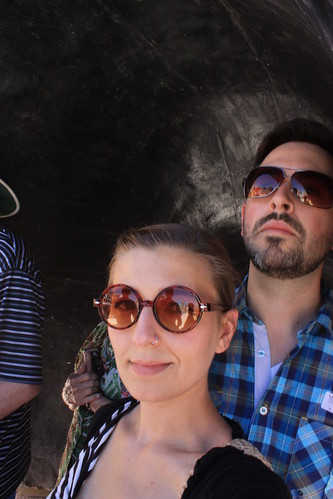 Afterwards, he offers to take photos of visitors, but I am too shy to ask him to take one with me (or to give him the friendship bracelet I’ve painstakingly weaved).

But a nice woman in our group captures this image of me and Rand: 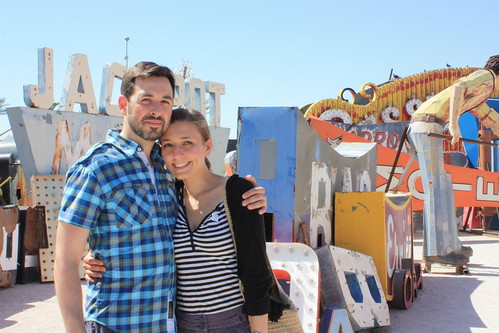 The tour now over, we walk across the asphalt to our car. Vegas feels different now. Richer, sadder, and more substantial than I ever gave it credit for. I have Gray to thank for that. And Bill. And the dusty signs that sit fading in the hot sun in the Neon Boneyard.

The Essentials on the Neon Boneyard