There are several places where Rand’s culture and mine overlap: 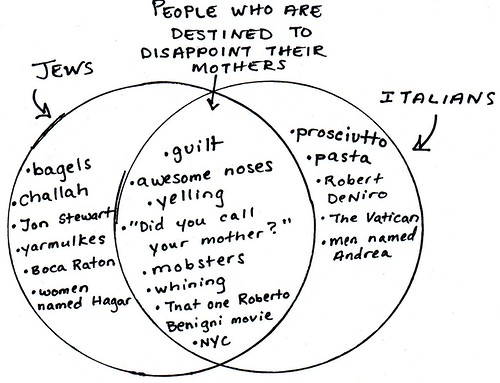 I say this not to generalize, or to further emphasize a stereotype. I say this not because I think every Jew or Italian is a criminal (the occupants of my household do not even jaywalk). Instead, I say it because there is truth to it: Look back at the history of the mob in this country, and you will find Jews and Italians.

It is a weird commonality that my husband and I have. It might also be why we both really like watching Godfather II.

Recently, we explored this shared history at the Mob Museum, which opened not long ago in downtown Vegas. The building is lovely. The museum is housed in an old courthouse – the same one that Senator Estes Kefauver used to hold the hearings which first brought organized crime to light in our country. 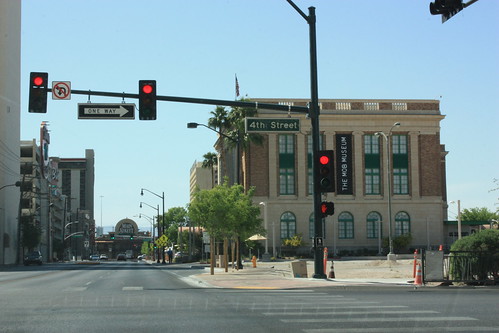 The old courthouse, which now houses the museum. 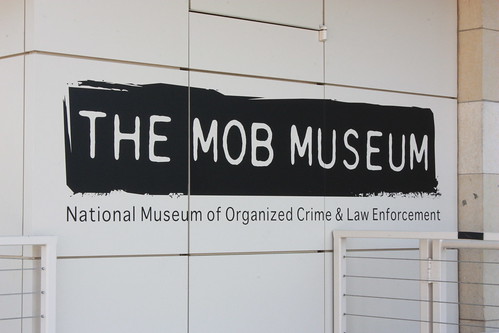 The museum does not toe-around the fact that mobsters played an integral role in making Vegas what it is today. The mafia started to arise in the U.S. during prohibition. Groups of criminals made money through bootlegging. When that source of income dried up (forgive my pun), they cast their eyes to the American Southwest, which was already growing. 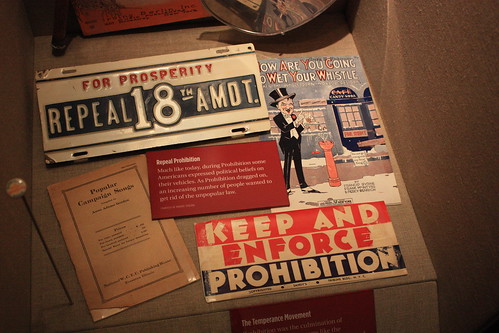 The end of Prohibition was a problem for a lot of criminals who made their money bootlegging. 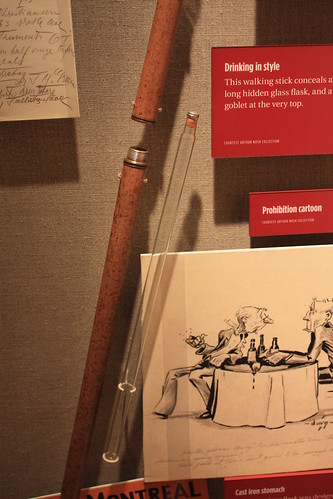 A flask hidden inside a walking stick.

Mobsters did not bring gambling to Vegas – it was already legal there. But they did capitalize on it. Most famously, Bugsy Siegel took over construction of the Flamingo from developers who were financially underwater. But he spent too much of the mob’s money in the process, and even after the casino became profitable, he was assassinated.

Remember how Moe Greene gets it in the eye? That’s pretty much how Bugsy went (Greene, it turns out, was largely based on Siegel). But Bugsy’s death was actually far gorier. The photos of the scene, which line one wall on the museum, are horrifying.

That’s the thing about the history of the mob: the truth is often more grisly than fiction.

They continued to control Vegas for years – with the exception of a brief stint in the 1960s when Howard Hughes stepped in and bought up much of their casinos and hotels. But he sold them a few decades later, once again giving the mob control of Vegas. They retained ownership until the 80s, when the FBI began cracking down and eliminating organized crime from the strip.

Now I think Disney owns most of Vegas, but I’m not quite sure. 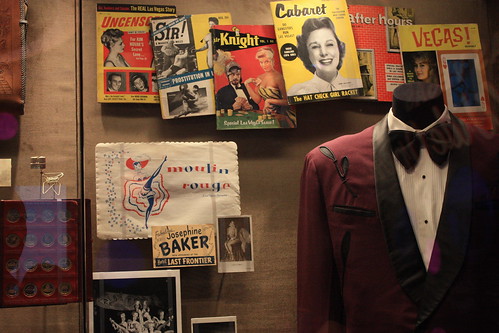 Cheerier items from Vegas’ past. 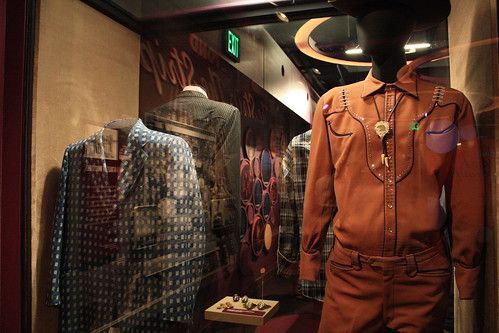 Pretty sure I saw Don Draper wearing the jacket at left on an episode of Mad Men this season.

Given the town’s sordid history, the Mob Museum has plenty of material to work with. It’s an odd place, though. Parts of it are incredibly graphic; crime scene photos line the walls, alongside highly-detailed accounts of murder and torture (there were lots of tales of eyeballs popping out. Whoever curated the place has a thing about that).

And alongside all of that violent imagery are photos of celebrities, and opportunities for kitsch and silliness. 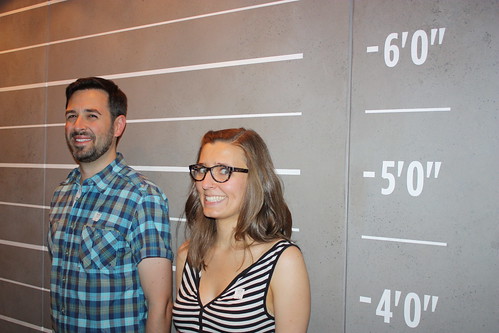 This is my “this is kind of messed up” face. 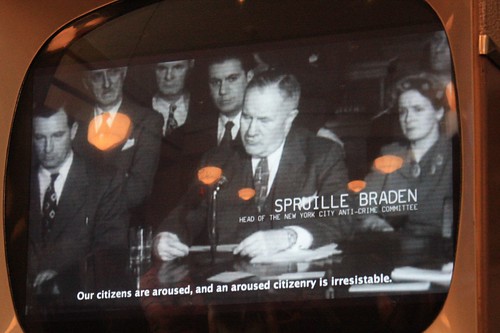 I cackled like at mad woman when this quote appeared on the screen: “An aroused citizenry is irresistible.”

At times, it feels like an attempt to make a snuff film family-friendly – and it doesn’t quite work. The bright neon lights of the strip cast a lot of shadows. The truth can’t be washed away by a few interactive displays. 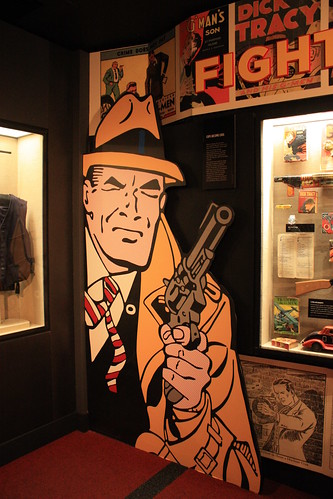 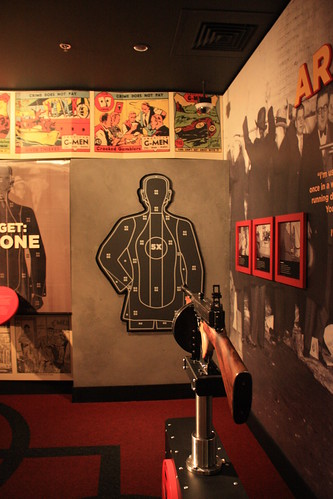 I kinda felt like this one was in particularly bad taste.

We didn’t have a bad time during our visit, but it didn’t seem worth the steep admission price. A narrative about the town’s history came out, but it was a bit clunky and confusing. Parts of it felt too bright and almost schmaltzy, other parts too dark and violent. 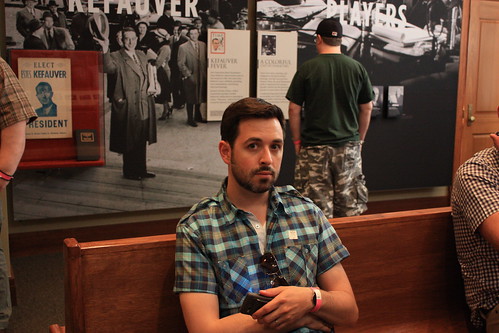 My husband was left largely nonplussed by the whole experience.

But while the execution of the museum is not perfect, it doesn’t for a second shy away from the real founding fathers of Vegas. It doesn’t ignore the fact that a group of mobsters – a criminal syndicate of Jews and Italians – were responsible for making the town what it now is. And that alone was kind of remarkable, even if the museum wasn’t.

The Essentials on The Mob Museum, Las Vegas: