Skip to content
Posted in: Nothing to Do With Travel, Top Ten 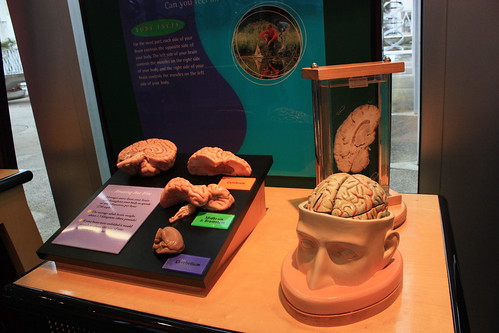 One of the nice things about brain surgery is that you can pick out all sorts of clever things to say for when you come to. I had a few quips lined up (“I have a splitting headache!”, “Who wants morphine? I do! I do!”, and “Which of you bastards tried to tip my surgeon to ‘throw in a lobotomy’ while he was in there?”) but it was my friend Natalie who gave me the winner.

“Since you will have a metal plate in your head,” she said, ” you should totally get a photo of Edward Furlong from the mid-nineties. And then when you come to, show Rand the photo and ask him, in your best Terminator voice, ‘Have you seen this boy, John Conner?'”

This was clearly far superior to any of my cracks, so I went with it.

Unfortunately, I encountered a few problems.

When I finally did get the line out properly, which was TOTALLY AWESOME, he just stared at me blankly.

I figure this is partially the fault of my husband, for not getting a single pop culture reference from prior to 2001, and partially my fault. My execution might have been a little off. Let’s be fair: people who have just undergone brain surgery shouldn’t be expected to deliver clever one-liners.

However, people who are waiting for their loved ones to come out of surgery have plenty of time to plan stuff, right? Consequently, I think that Rand missed a serious opportunity here. I was hepped up on all sorts of things (including a pain killer that was “ten times stronger than morphine” according to the nurse, and anesthesia which I would not be able to shake from my system for another week and a half or so). Just imagine the stunts he could have pulled! The unclever lines at which I would have laughed maniacally! JUST IMAGINE THE PRANKS THAT MY POOR, TRAUMATIZED BRAIN WOULD HAVE FALLEN FOR.

Oh, Mr. Fishkin: you squandered a once-in-a-lifetime chance. You decided to forgo all shots at a quick laugh, and instead just held my hand and kissed it when you saw me, occasionally muttering how much you loved me. You silly fool.

Here are just some of the ways you could have freaked me out:

Okay, fine. Toying with the heart and mind of a person who’s just undergone surgery isn’t the nicest thing you can do. I guess I can understand Rand’s reasons for simply sitting by my side and holding my hand, leaving only to bring me a ginormous chocolate cake.

But I still can’t believe he didn’t get my Terminator joke. Damn it.

Brain Tumor, Nothing to Do With Travel, Top Ten