Skip to content
Posted in: Nothing to Do With Travel, Random Musings

I wanted to talk to you a little bit about the officiating that’s gone on so far this season in the NFL.

It probably seems weird that I, a travel writer, am weighing in on this issue. I realize I’m sort of unqualified to do so. I’ve never played football, and I’ve only seen one game live, but I can scream “HOW IS THAT NOT A HOLDING VIOLATION?” at the TV with the best of them.

And besides, not having an extensive football background doesn’t seem to be stopping anyone else from being an expert this season, right? My opinion is just as valid as that of the real estate agent calling the Monday Night Game, or the menagerie of farm animals in striped shirts the league has ready to officiate the playoffs (I will give them this: that is a great way to boost ratings among toddlers. “PUPPY PUPPY PUPPY!” will be shouted across living rooms throughout the land while adult fans of the game will weep into their beers). 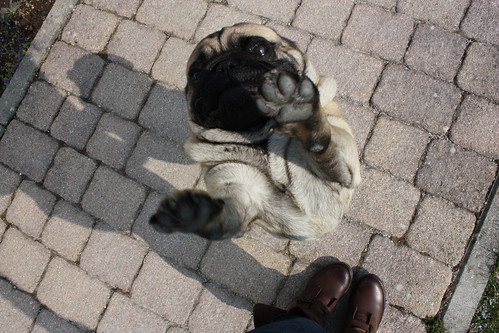 Yes, yes. Fine, Anton. You can be the line judge.

So I’m weighing in.

Here’s the thing: crap is going downhill, and it’s going downhill fast. I’m talking, like, a tidal wave of poop here, guys. People are not happy. When a friggin Vikings fan sides with Green Bay, you realize just how much of a mess the league is in. Hell, when the winning team thinks that they didn’t legitimately beat their competitors, you have problems.

Good heavens. Even the president is calling you guys out, and it’s an election year. He isn’t going to say stuff that will get him in trouble, you know?

I realize that you are totally in over your heads, and you’re doing the best that you can. I get it. Recently my husband rented a car in Ireland, and was tasked with trying to drive stick shift (something he had done approximately one time in his life, roughly a decade ago) while driving on THE OPPOSITE SIDE OF THE ROAD. And believe me when I tell you he did his darndest, but that didn’t really matter. The car kept sputtering and dying and he stalled the engine at least a dozen times or so.

Good intentions are horseshit when you don’t know what the hell you are doing. 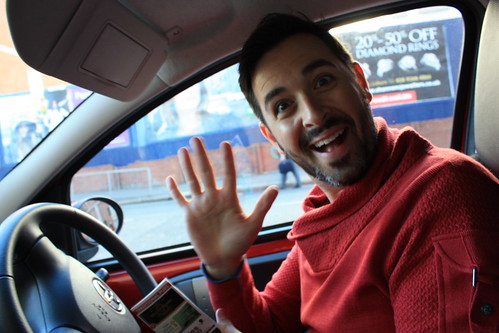 Despite his best attempts, people got really frustrated because he shouldn’t have been on the damn road in the first place. We just should have ponyed up the extra cash and had a professional take us where we needed to go.

See where I’m going with this analogy? You guys NEED TO GET OUT OF THE CAR BEFORE YOU HURT SOMEONE.

What’s that? You can’t simply abandon the vehicle in the middle of the street? Well, that’s very professional of you. I can’t imagine why the Lingerie Football League let you go. But you can’t continue officiating like you have been, either.

So I’ve pulled together a list of suggestions and guidelines for you guys that might improve your calls of the game. Feel free to print them out and tuck them into the dust jacket of your copy of NFL Officiating for Dummies.

Sigh. That’s about all the feedback I have, gentleman. Please, please start making slightly better calls, okay? I didn’t spend all that time learning the ins and outs of the game just to end up watching baseball.

NFL, Nothing to Do With Travel