I’m pretty sure Lisa gave me the hat as a joke.

Actually, I’m certain that she did. Lisa and I, we seem to have this running gag that’s sprung up between us about hats.

It all started with this one, which I bought in Lisa’s company on a chilly but sunny day when we got miserably lost on the Lower East Side (I was the one that got us lost. Sorry about that, Leese). 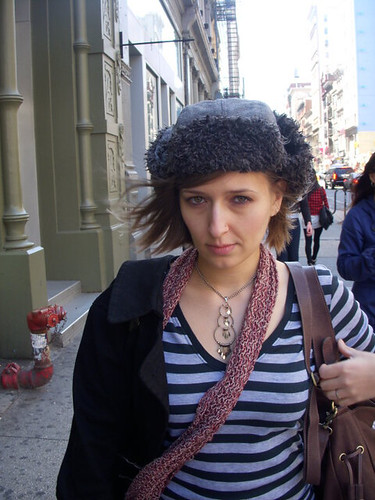 Look at this photo and consider the fact that I am legally allowed to vote. And drive a car.

“You look positively mental,” she said, using that license that only friends and family have – that ability to tell us, without any offensive given, and without any offensive taken, that we have the appearance of someone who is entirely unhinged. I promptly lost that hat that night, to my chagrin and Lisa’s bemusement (“How could you lose it? It’s enormous and furry.”). I had been wearing it with a strapless black cocktail dress, which I still maintain was a brilliant move.

A few weeks later, Lisa sent me this hat in the mail to replace the one I lost: 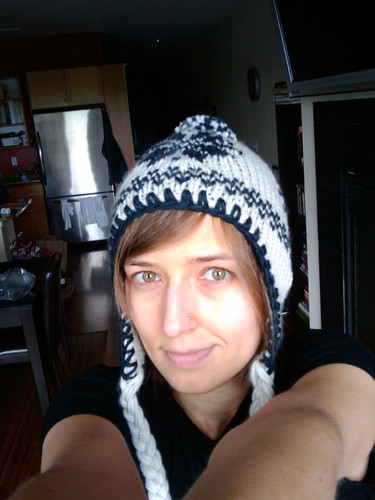 Am I crazy for thinking this is totally wearable with everything from pajamas to sundresses?

I was kind of giddy about it. I’m sure Lisa intended it as a gag, but I actually wear that hat all the damn time.

So when I saw her again just last week, and as we sat in a dark bar in Belfast, she handed me a wrapped little package, noting that it was a belated birthday gift, you can just imagine how excited I was.

“OH MY GOD,” I said, unwrapping a soft, fuzzy hat with a giant pom pom on top. “I am NEVER going to take this off.”

Lisa thought I was kidding. I was not. I wore that thing all over Dublin. One tour guide stopped mid-sentence when I whipped that sucker out, and just stared at me. And let’s be fair: the hat isn’t even that weird. 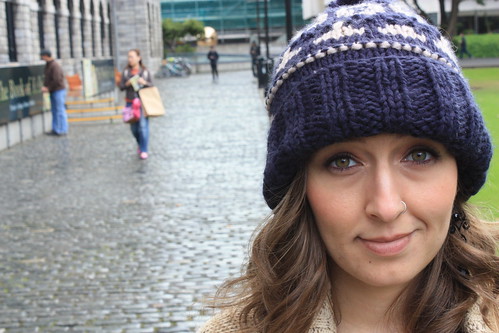 She told me that her youngest daughter reminds her of me.

“You would not believe the outfits she puts together,” Lisa says, showing me a photo of a redheaded toddler wearing what looks like a tea cozy on her head, and a pair of Lisa’s shoes.

Man, I envy that kid. I haven’t had the chutzpah to pull off a tea cozy since the 90s.

I’m thinking I might need to send Lisa this hat for her little girl. Or this. Or even this.

But first, I need to check if they make them in adult sizes.