Skip to content
Posted in: Nothing to Do With Travel, Random Musings

Sunday was a landmark of sorts, and it passed without me realizing it.

That, I suppose, was most significant at all. Sunday was the four-month anniversary of my surgery.

At some point, I’d stopped counting the days since my brain surgery, and then the weeks, and now, it seems, the months. Rand had left town the day before, so I mostly sat around, working on our Halloween costumes, and yelling at the football game that was playing on the T.V. in a vain attempt to pretend that he was still home.

It almost worked. Turns out, I’m nearly as adept at taunting Tony Romo as my husband is.

I only realized my surgery-versary had passed when I saw that I had an MRI scheduled a few days later. Yesterday morning, I drove to the hospital, and the news was nothing new, and therefore all good: what is left of my tumor, Steve, is hardly worth mentioning. He’s a wee little nub. This coincided with official report that we received a few weeks after my surgery, which we found somewhat amusing:

Never have I been so happy to be labeled “unremarkable”. Just as delightful is the realization that I’ve got me a burr hole.

My neurosurgeon asked me how I felt, and I replied that besides my headaches (which were and are unrelated to Steve), I’m doing great. I noted that the fogginess that had followed my surgery was now pretty much gone. And until I had put that thought to words, the significance of it hadn’t quite hit me.

That was the most difficult thing to deal with after removing Steve. My internal monologue had remained the same as it always was. I knew precisely what I wanted to say, but the words often came out slowly. Sometimes they refused to come out at all.

That is no longer a problem. I’m sure not everyone in my life is as excited as I am about that.

My surgeon calmly noted that if my tumor did grow back, they could cut it right back down again. We’ve known that from the start.

And so I remain wary. I realize that Steve could return (Brain Tumor Part II: Electric Boogaloo), and we might have to, at some unspecified date in the future, go through all of this again.

That will probably be okay, though. Now that I know what brain surgery is like, I think I could do it again. I’m not exactly looking forward to it, necessarily, but like a bad horror movie, it’s less scary the second time around. You know exactly what it is you’re up against.

As for now, I keep thinking about what my friend Mindy told me when I first found out that I would have to forcefully evict Steve.

“One day,” she said, “this will be just some weird story you tell people.”

So I guess that’s that. It’s four months behind me now – so far that I’ve stopped keeping track. My wonderful life is back to what it was. Traveling and writing, eating cakes and lamenting the existence of skinny jeans.

But I can’t say that things are exactly the same. I feel like I appreciate things a little bit more. I think I have a slightly better understanding of how stupidly lucky and charmed my life is.

That the good decisions I’ve made have far outweighed the bad. 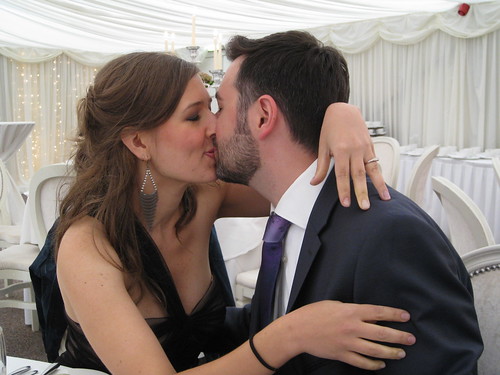 I give you Exhibit A: one of the better choices I’ve made.

And let’s not forget that I now have one more weird story to tell – about the time I had brain surgery.

Brain Tumor, Nothing to Do With Travel, Random Musings