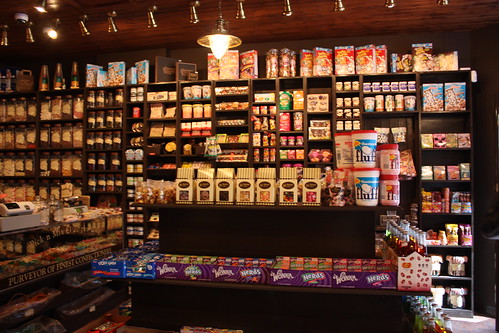 I was going to write about The Troubles today, but just thinking about doing so after yesterday’s tome on Irish history made my brain hurt.

So instead I’m going to write about candy.

I know. I know. I’m awful. But tomorrow is Halloween, and I figured I’d better get a jump on a sugar high that should last, if I time it right, until well after New Year’s.

The thing I found about Ireland is that they understand their sweets. They really get them. And then came the inevitable follow-up realization: I could live here.

I’m not saying everything was great. There were a few hiccups in the road. The Irish have apparently not realized that banana is a completely unacceptable candy flavor. I’ve found this problem stateside, too, sadly. My attempts to have banana-flavored candies abolished have been unsuccessful.

Still, I keep trying to collect those signatures, no matter how many times the governor’s office has made it clear that “Anti-Bananaism is not a legitimate political cause.”

Besides a few banana-flavored gummi mishaps, the path to tooth decay in Ireland was as smooth as my rapidly deteriorating enamel. Speaking of … 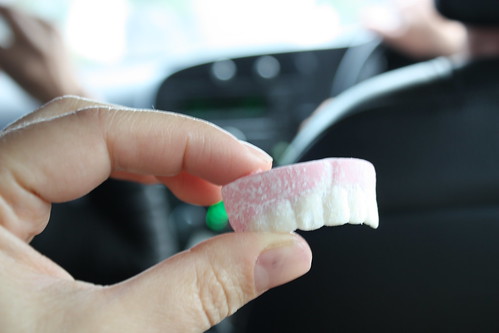 Candy. IN THE SHAPE OF FALSE TEETH. Kind of scarily prophetic, if you think about it.

We made some wonderful new friends at the wedding who introduced us to these denture-shaped candies, and explained that you had to try them on. And so we did. 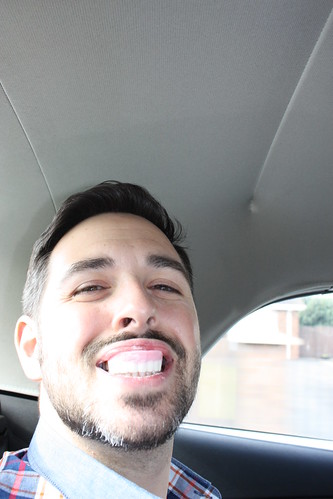 Forgive the blurriness of these photos. My hands were shaking from my sugar high. 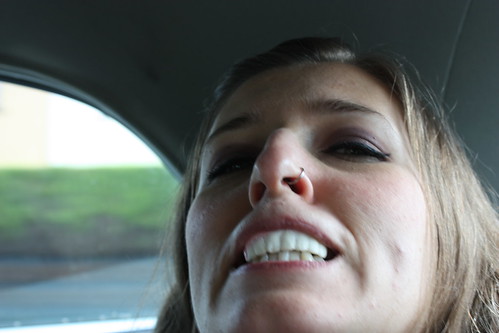 Yikes. This might be the most terrifyingly ugly photo of me ever taken.

The gummi false teeth were just a few of many sweets consumed during our trip. Indeed, our entire visit was seen through a sugary haze. Still, there was one shop in Dublin that stands out in my mind. 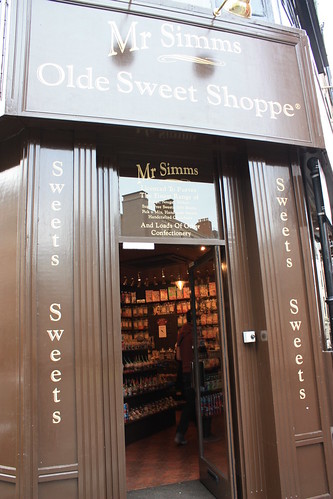 And then I found out it was a chain, which broke my heart a little. But hey – I’m not above chains. I’ve eaten my fair share of Dairy Queen dipped cones, you know? (That sounded weird. But you get what I mean.) Besides, chains that are unique to the part of the world I’m visiting are okay.

Mr. Simms Olde Sweet Shoppe is, as the extraneous letters suggest, an old-fashioned little place that looked like something out of Charlie and The Chocolate Factory, or Harry Potter, or some other movie where adorable children eat lots of candy and nearly get themselves killed. 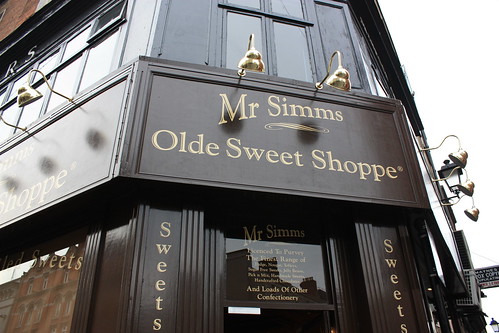 There is one right in downtown Dublin, not far from Temple Bar. There are plenty of restaurants nearby, for those wishing to make more responsible dietary decisions, but I would have none of that.

NONE OF THAT, you hear?

There was the slight problem that every time I walked in, my eyes would glaze over at the sheer embarrassment of options.

It was an absolute wonderland. 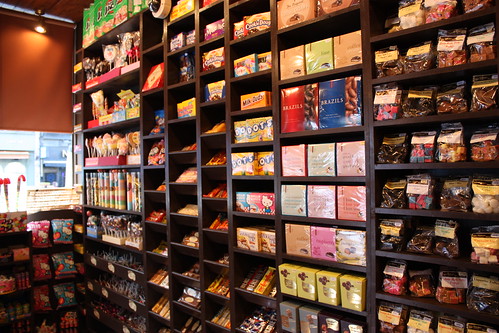 I stopped by two or three times during our stay, before I started to worry that the employees might recognize me. I ended up going with sour gummi candies on one visit (distant cousins of Sour Patch Kids, they managed to be even tarter than their American counterparts), and the absolutely-abhorrent-and-yet-I-keep-eating-them licorice all-sorts during another.

And just as I started lamenting that we don’t have Mr. Simms over here in the states, I noticed something. 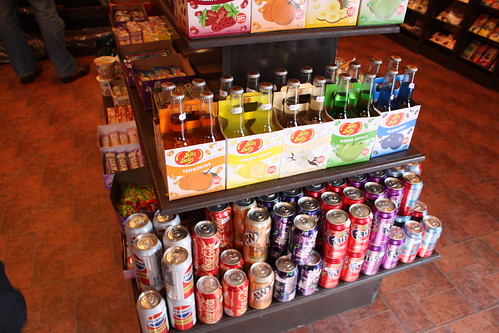 With the exception of Fanta, I believe we can take credit/blame for all of these sugary concoctions.

And American cereals. Breakfast cereal. AT A CANDY SHOP. 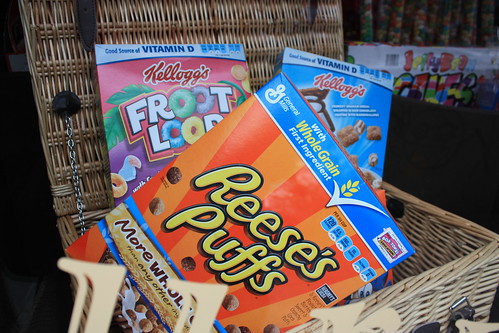 If this is not a commentary on our nation’s eating habits, I don’t know what is.

Of course we don’t have candy shops like Mr. Simms here in the states. We don’t need them. We have all that stuff in our grocery stores. As I contemplated that, I became so alarmed that I threw the rest of my all-sorts in the trash.

But the very next day, when Rand asked me if I wanted a snack, I stared him in the eye and said, “Yes. Bring me some sour gummis.”

Huh. Apparently all those years of eating candy really did rot my brain.