Last month, we popped down to Portland for the weekend, with our pal Chrissy in tow. We’d been meaning to head down to PDX together for a while – our friend Skye had moved back out west after living in Baltimore for the last two years. I couldn’t remember the last time we’d all been in the same place at the same time. I think it was a few years ago, at least.

It was a brief but fun trip. We wandered around, without any destinations or plans. I didn’t even bring my camera.

That’s right: I didn’t take a single photo. Not a one. But Chrissy did. She was only armed with her phone, but the results are pretty damn great. She snapped this one of her and Skye, which I adore: 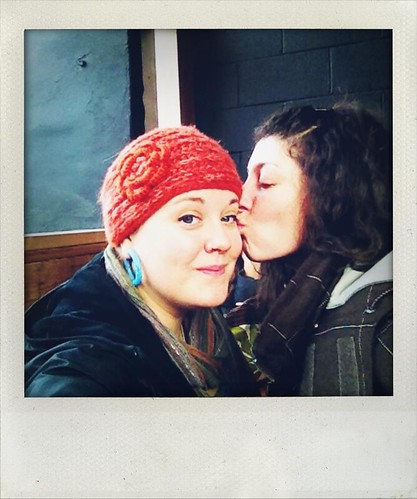 And then later, Skye took this one in the lobby of our hotel: 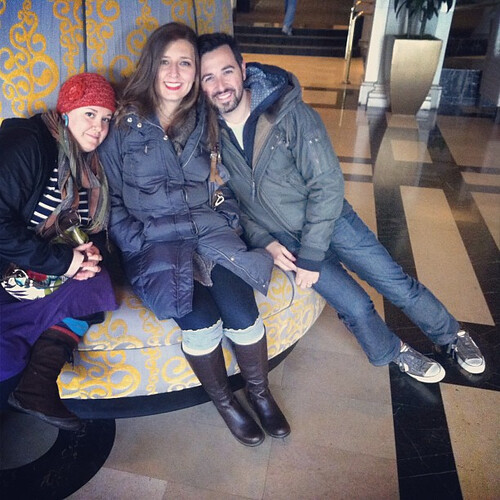 It makes me feel all squishy and warm inside. But as I stared at it, I couldn’t shake the feeling that it felt familiar. Then I realized why – it’s because of this actual Polaroid, taken five or so years ago, which also made me feel warm and squishy: 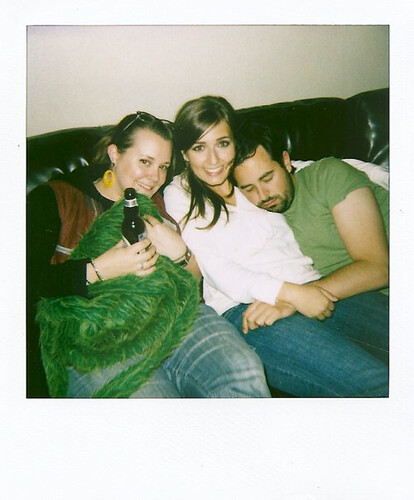 He was out cold (and sober). AT A PARTY.

At the time, Rand was still struggling with his startup (which was proving exhausting, as you can see), and Chrissy, Skye, and I all still worked together.

I’m very, very tempted to point out how damn young and skinny we look in that last photo. How Rand’s beard doesn’t have a trace of grey in it, how my eyes look bright and happy and how Chrissy … well, she pretty much looks the same. Damn her.

But more than anything, I can’t help but look at that last photo and realize how friggin lucky I am to have had these people in my life for the last half decade.

Warm. Squishy. Not bad for some camera photos and an old Polaroid.