As hard as it was to leave the resort, Rand made it bearable by planning a few more days in Cape Town before we had to go home (you guys, he’s SO smart. There are days when I think I should marry him twice. Is that a thing? Because it should be).

We stayed near the water in Mouille Point, and waking up every morning to this view helped take the edge off of not being in Bushman’s Kloof: 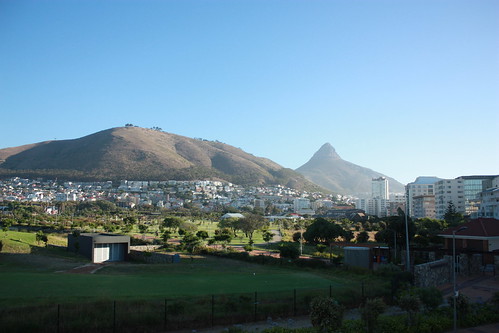 –
I’m sure you’ll agree that while is it painfully free of Cape Mountain zebra and springbok, it’s still a pretty nice panorama. And there was lots more to love about Cape Town. Here are ten of my favorite photos from the third largest city in South Africa.