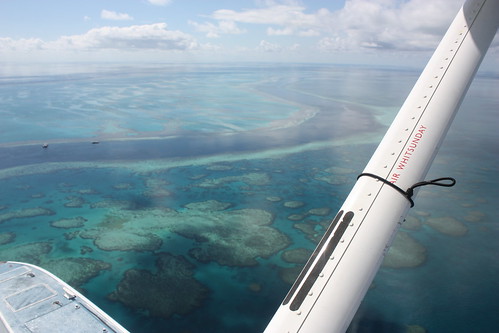 The view from our seaplane as we flew over the Great Barrier Reef.

The other day, I botched a batch of homemade cookies that I had been making for get-together with friends (or maybe my intent was just to sit in front of the TV and eat all of them by myself. Whatever.)

This shook me to my core. A large portion of my life is devoted to the creation and consumption of baked goods. It is, as a friend of mine noted, “one of my core competencies.”

I won’t lie: I’ve had baking mishaps before (if you have a copy of The Geraldine Handbook, please see pie, peach for more examples. Also, smoke alarms and tearful fits). But this failed batch was particularly upsetting because I had such high hopes. These cookies were going to be PERFECT. I’d made the recipe before, and had finally figured out the right tweaks I’d wanted to make. I halved the recipe (because even I have my limits, which are heeded only due to the threat of diabetes), but forgot to halve the quantity of butter I was using.

Rand found me in the kitchen, having a sort of sputtering tantrum over a dozen oily disks of baked failure and what was left of the dough. I’d realized my mistake too late – there was no way of fixing it.

In what was not my proudest moment, I crammed two cookies in my mouth, chewing ruefully.

“What are you doing?” Rand asked.

“Eating my shame. Wanna taste?” I handed him a cookie. He took a tentative bite.

“Babe, I know all the guys probably tell you this, but your shame tastes great.”

I managed to smile and pout all at once, with my mouth full of cookies. In Hollywood, this is known as being a “triple threat.”

“Seriously, honey,” he continued, “if this is failure, I’d say things are looking pretty good for you.”

We ended up bringing the cookies to our friends’ house, imploring them all to “taste my shame.”

In the end, I guess, they weren’t all that bad. But it was a good reminder that high expectations will inevitably lead you to disappointment.

Which is why the day we went snorkeling on the outer reef was so damn perfect – because I had no expectations whatsoever.

Hell, up until a few days prior, I didn’t even know we were going. Rand had booked the tour as a surprise, but had then forgotten what day it was, so he had to ask the tour organizer (honestly, it’s amazing that he’s able to pull off any surprises whatsoever, given his memory). That was when I found out: we were going to take a seaplane to the outer reef. We’d land on the water, dock on a small, glass-bottomed boat, and spend the late morning snorkeling.

I tried to accept all of these things as mere facts. I tried to keep my thoughts rational, my expectations low. I willed my brain not to editorialize. But, like always, my brain fought with me.

Me: We are going to go snorkeling in the outer reef.

My Brain: Are you effing kidding me? HOLY CRAP WE ARE GOING SNORKELING IN THE OUTER REEF. THIS IS GOING TO BE THE BEST THING EVER.

Me: No. No, no, no. We are not going to go into this with high hopes. Remember what happened with Iron Man 2? I cannot handle that kind of letdown again. Nope. We are going to expect nothing, and if something good happens, we will be pleasantly surprised.

Brain: I AM GOING TO EXPECT EVERYTHING. THE DAY WILL BE AWESOME AND PERFECT AND FULL OF SEA TURTLES AND KITTENS.

Me: Seriously, please be reasonable about this. We are going snorkeling. There will be no kittens.

Brain: YES THERE WILL BE. Now, do the cha-cha dance or I’ll give you a migraine.

Me: (does a half-hearted cha-cha) Is this sufficient?

And so I tried to reconcile excitement and caution, tried to keep my high hopes within the realm of reasonable. I do this often, and it’s made my life and travels so much easier. If you have no expectation for a day to be perfect, you aren’t nearly so distraught when something inevitably goes wrong.

It’s become for my rule for having a great time on any trip: set your expectations low. Don’t hope for perfection. Just hope for not a disaster.

That way, when perfection (or the nearest thing that you can get to it on this earthly plane) does come along, you will have, as Rand later described it, one of the single greatest experiences of your life.

That’s what happened to me.

We started the day with a lovely breakfast which we managed to eat while simultaneously swatting away cockatoos. We then walked to a large boat ramp at one end of the island, and waited for our seaplane to arrive. 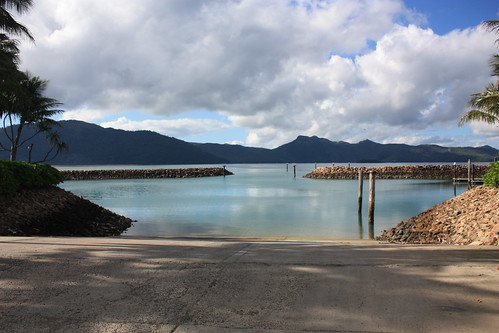 I suppose it should have been romantic, staring at the water like that, but somebody was jumping around, giddy with excitement. Like a five-year-old on his birthday. Who’d eaten waaay too much cake. And also, the cake was laced with methamphetamines. (It was not me.) 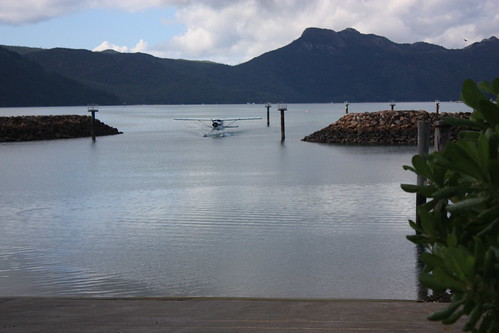 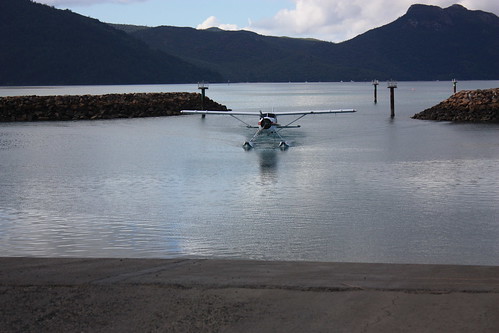 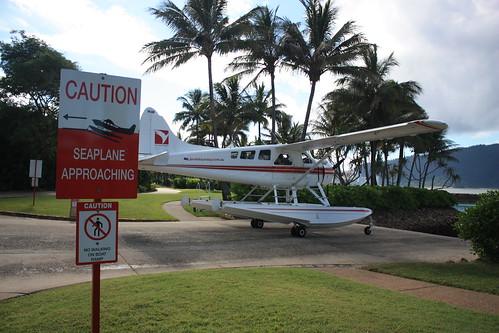 THE PROPHESY HAS BEEN FULFILLED.

It was a seven-seater. The pilot and one person sat in front, and there were two rows of seats behind them, with one seat in the very back. The plane was already full of passengers, except for the bench seat directly behind the pilot. Rand and I squeezed in. I’m generally a claustrophobe, and I wondered if the close quarters would bother me. Miraculously, they didn’t. 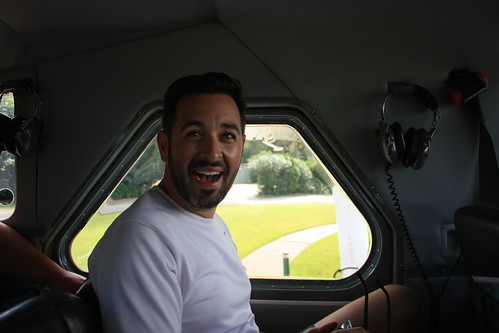 Let’s just say he was pretty excited about the whole thing.

Because the small plane was so loud, we had to wear giant headphones. They blocked out the noise, and were connected to the PA system that our pilot spoke into, so we could hear his narration of the landscape below us. The best part of the headphones is that everyone who puts them on is suddenly a total badass, thus finally breaking your lifelong streak of looking like a dorkus. 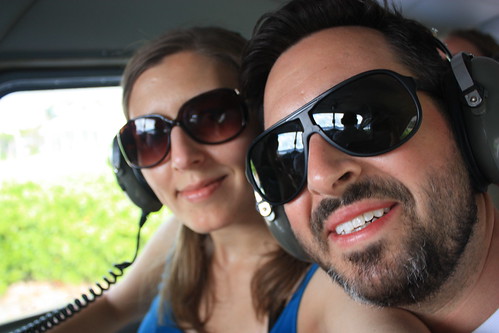 We drove out onto the water … 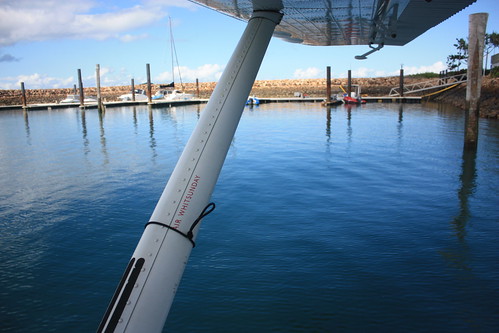 and began to pick up speed. 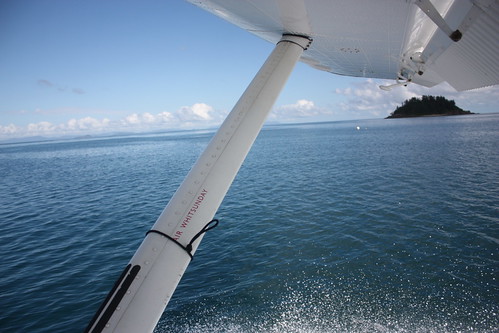 It was like being in a incredibly smooth-riding speedboat. And then, suddenly, seamlessly, we were airborne. 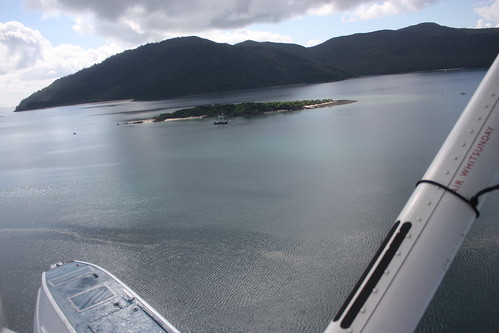 Rand accepted this reality with the same level of restraint that he had had all morning. Which is to say, none at all. 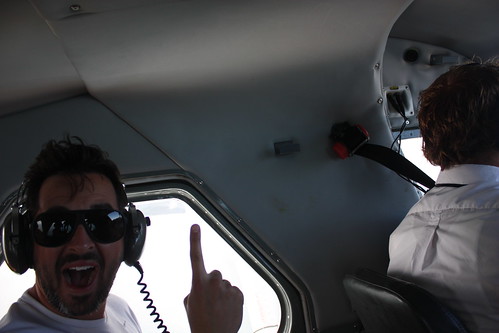 And though I could not hear him, I knew – I just knew – that he had the theme to Indiana Jones in his head. And sure enough, later, as we landed, I could hear him humming the score quietly to himself.

If there was some way that I wasn’t already head over heels for him, that moment alone would have done it.

The trip to the outer reef was forty minutes or so. I suspect it will forever remain one of the best plane flights of my life. (Even better than the Virgin America flight where I ate two bags of salted caramel popcorn and watched a movie with Martin Sheen in it, and then found out that Martin Sheen was sitting one row ahead of me in first class.)

Our pilot was a rakish blonde Australian named Lee. He, like so many other people working in the Whitsundays, decided to leave his nine-to-five job in the city, and now spent his days flying people around the reef. The view from his office was pretty great. 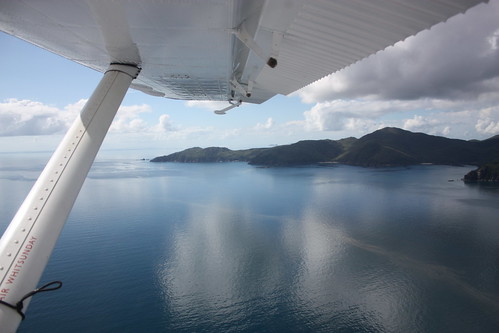 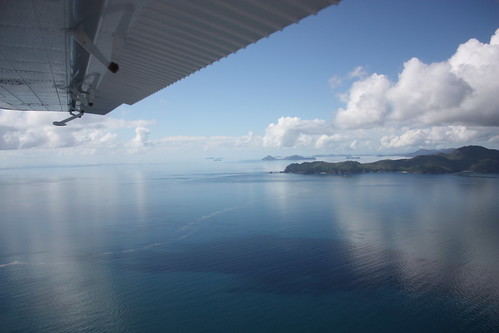 As we flew, the ocean beneath us slowly became clearer and bluer. We saw a murky white substance sitting on the top of the water. We initially thought it was pollution, but Lee explained that it was entirely natural: these were coral spores, and were how the reef regenerated. 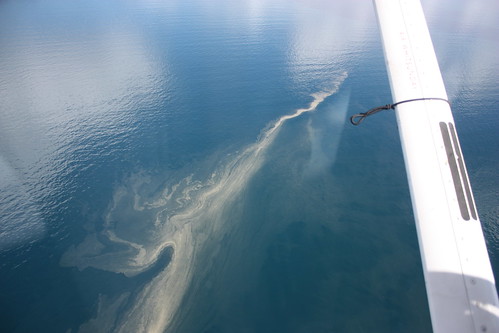 I have had the privilege (one which I don’t deserve) to see many wonderful things in my travels and in my life. Some things, understandably, prove so amazing or significant that they stick out in my memory. There’s the first time that I saw Rand, wearing designer jeans and an air of confidence, both which were a bit big on his small frame. There was the first time I saw the Manhattan skyline when I was 14, looming out in front of me as I rode the ferry from Governor’s Island.

And there’s the first time I saw the Great Barrier Reef. 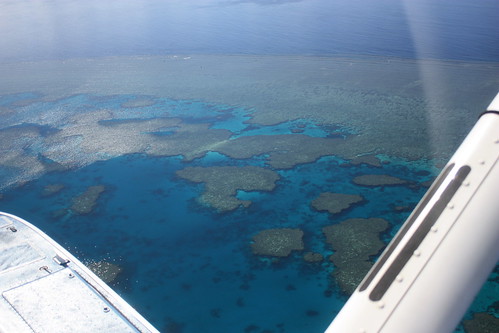 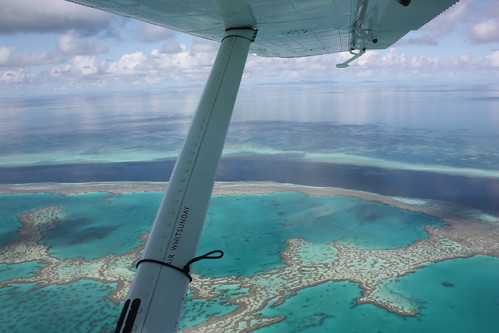 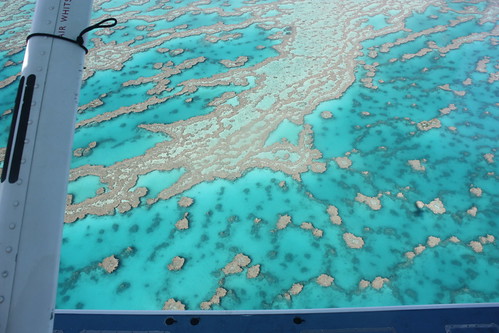 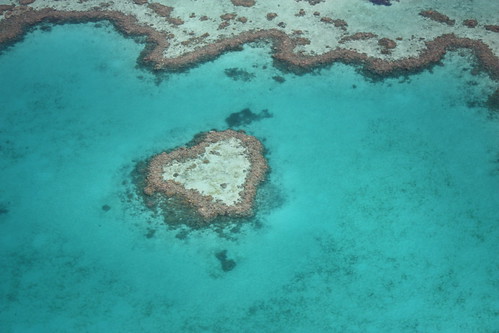 There was even a heart-shaped reef.

My husband, who has wanted to see the Reef since he was 10 years old, seemed pretty happy about the whole thing, too: 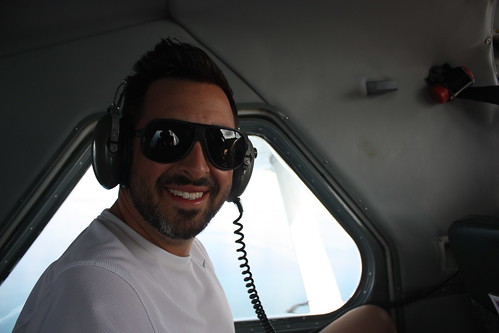 Slowly, Lee began to circle the reef, and bring the plane lower and lower for a landing … 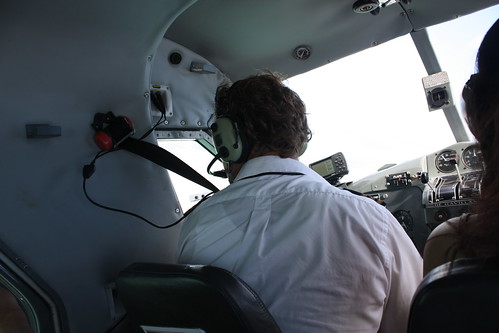 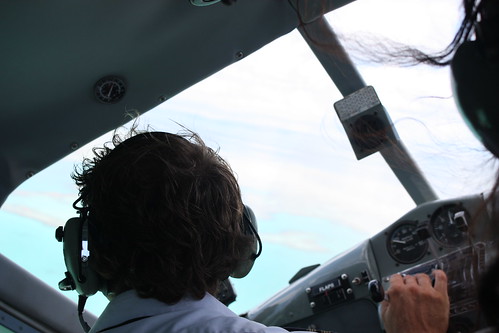 We were all transfixed, watching as the turquoise water below us grew closer and closer. 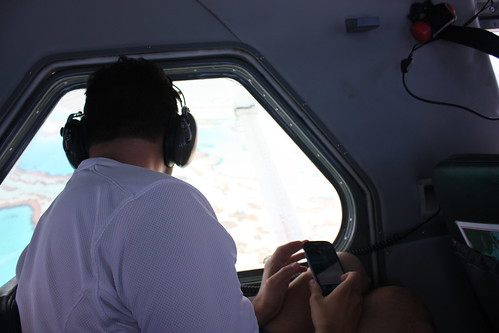 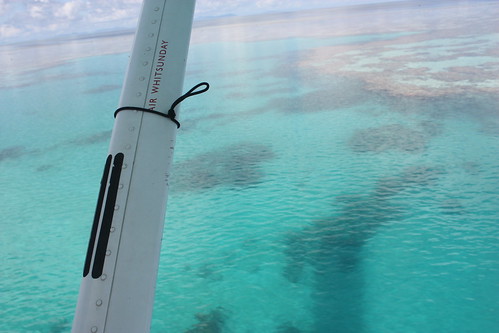 Just as seamlessly as we’d taken off, we’d landed. We were in the middle of the reef. In a few minutes, we’d be swimming in it. 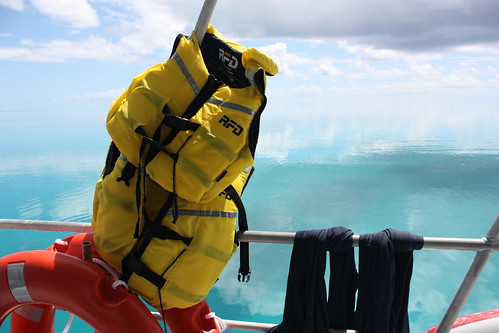 And I hope you’ll forgive me, but that’s where I’m going to stop today. I have loads more to tell you about our time in and on the reef. About the sea turtles and the schools of fish, and how sometimes you can have a marvelous day, even as you struggle with high expectations and a brain that demands to see kittens on a snorkeling trip.