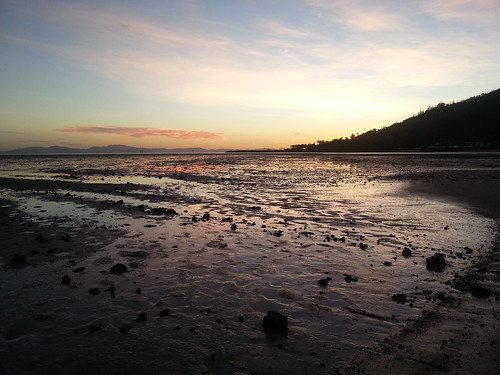 Sunsets on Hayman island were quite lovely.

I’m mostly speculating here: we missed a large number of them. We were so jet lagged that we were often in our room by dusk, impatiently watching the last bit of light disappear from the sky so we could justifiably crawl into bed.

I don’t know if two childless adults have ever cheered the arrival of 7:30pm as much as we.

On one or two nights we managed to stay awake and watch the sky turn dark. The turquoise of the water would turn a deep indigo, the blue sky slowing fading into a hazy shade of orange and periwinkle. 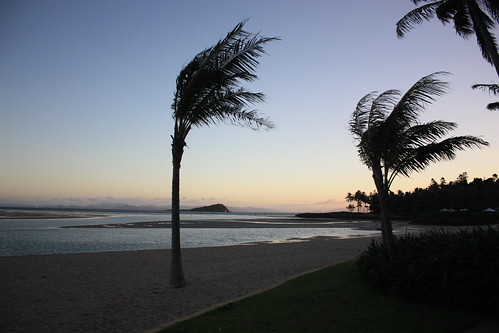 And all the shy, nocturnal animals would emerge. If you’ve seen a possum stateside, you already know that they are one of the more terrifying mammals in existence. They look like a hybrid between a Skeksis and the scary face that Alec Baldwin makes in Beetlejuice. #childofthe80s

But in Australia, they were downright adorable: 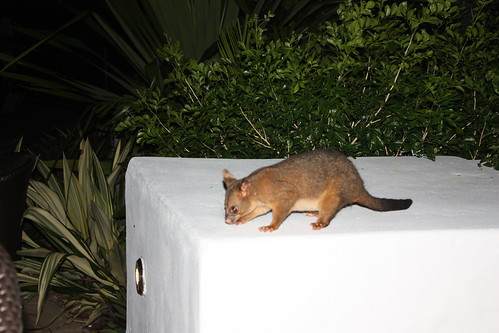 It’s like Sanrio got a friggin hold of them.

Even the bats were lovely; we’d pass underneath a tree, hear a soft rustle, and see one fly out of it, flapping its giant leathery wings in the fading light.

Wallabies, a notoriously shy creature during the daylight hours, would begin to descend from the hills looking for food at sunset. They’d freeze when they saw us. We’d stare at each other for a few tense seconds before they’d bound off, covering huge distances in a few quick jumps.

This was what we had been missing.

One evening, we managed to see all of it. We’d decided to go on a walk before dinner (in an effort not only to see the island at sunset, but also to keep ourselves awake for long enough to actually enjoy an evening meal). We headed down the beach, following the shore as it curled away from the resort.

We’d managed to catch low tide, and waded in the warm water, gesturing to little creatures with our toes. Growing up in Florida, I’ve developed a nasty habit of reaching into the water and picking up whatever I find interesting in order to show it to Rand.

Thus I was scolded for the umpteenth time to “Put that hermit crab back where you found it. Its terrified.” 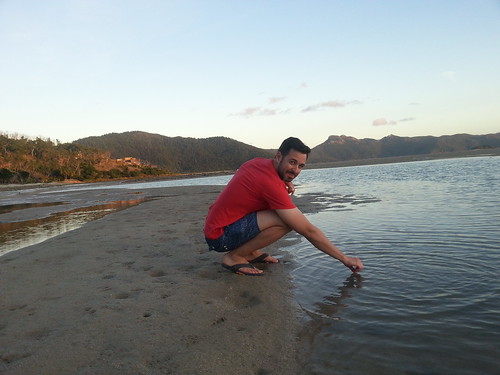 But then you went and did the EXACT SAME THING, didn’t you, Rand? DIDN’T YOU?

And Rand took photo after photo of me, which made me self-conscious, but also sort of happy. It’s nice to know that even when your hair is a mess, and your skin is breaking out from sunscreen, and you are wearing a sundress that was last laundered in your hotel room sink (ditto for your underwear), there is someone who still thinks that you are lovely. 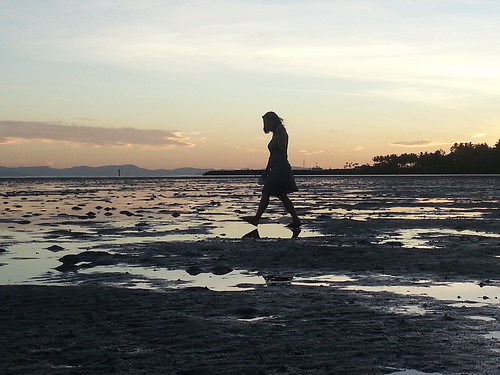 Thankfully, some of the photos were in silhouette, which makes everyone look better.

I guess the evening wasn’t incredibly eventful. We walked along the beach, looked at the water and thought deep thoughts: – 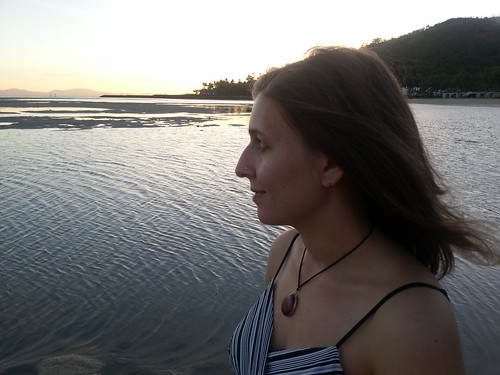 “I should start breeding miniature horses.” 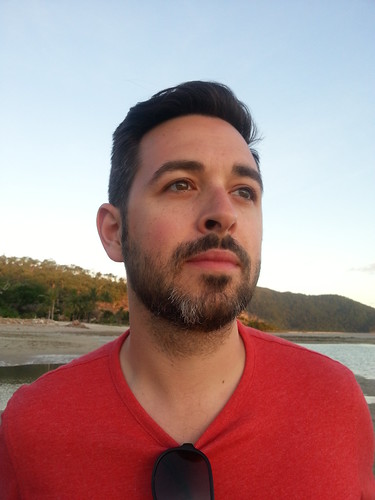 “I wonder what a marshmallow factory smells like. Good, I bet.”

We watched the sun disappear, and started heading back to the resort. It was nearly dinner time.

“I just realized … I do like holding hands and long walks on the beach at sunset.” 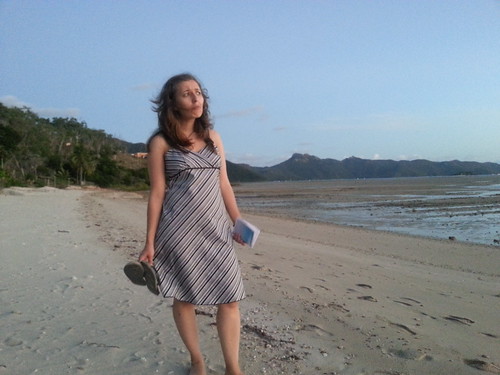 Not gonna lie: this realization caught me by surprise.

I just needed to stay awake for long enough to realize it.