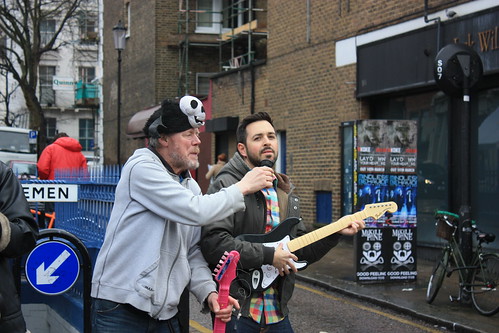 Years ago, my friend Rachel was telling me a story about her then-boyfriend (and now husband) Adam. I can’t quite remember what it was about, but she paused halfway through and said, “Do you ever have those moments where you look at someone and realize how much you love them? Well, I had one of those moments.”

I, of course, knew exactly what she meant.

I should warn you right now, that if you are in no mood to read about how lovesick I am, you should probably visit another blog and come back to this one later. Or possibly never. Sorry.

But if you do go, never to return, you will miss out a great deal of awesomeness. Behold: 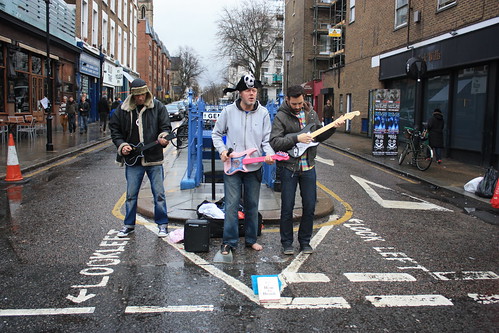 I should explain how all of this played out, and how I found myself staring at my husband at the end of Portobello Road, thinking, “Holy crap. I love this man.”

As is often the case with Rand, this outpouring of heartfelt emotion was followed shortly thereafter by, “This is really weird.”

We’d just walked through the antiques market in Portobello Road and, miraculously, the clouds began to part slightly. There were even moments where we could see blue sky overhead. 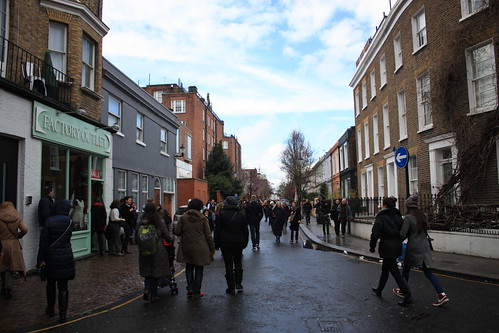 And as we strolled, we could hear music playing over a screechy speaker system. The sound quality was awful, and we couldn’t understand why it was being blared through the street, until we neared an intersection and saw them.–

There were two gentleman, emphatically lip-synching “Monday, Monday” by The Mamas & the Papas,

“Wow,” I muttered to Rand. “These might be the two worst street performers on the planet.” Rand nodded, but pointed out that it was kind of impressive. Despite a complete and utter lack of talent, and no real instruments to speak of, they had found a way to busk for money. It was somewhat ingenious.

I asked Rand to give them some money so I could take a photo. Obligingly, he walked over and plunked a coin in their bin (they’d set it on the ground in front of them, along with a book entitled How to Drink).

Enthused by my husband’s generosity, the lead singer (can I even call him that? I mean, he was wearing a napoleon style hat with a stuffed animal skull on it, and was barefoot save for one flipper, so he was obviously in charge, right?) pulled Rand over and handed him a toy guitar. And then this happened: 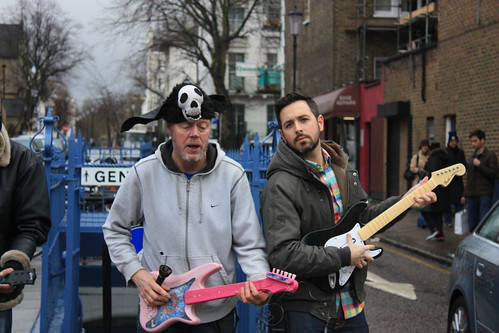 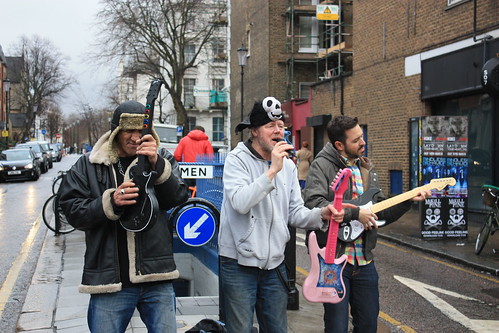 I’m sure you’ll agree, it’s one of the greatest things, ever.

I watched my husband, half in awe. Not only at his stage presence (which, as you can see, is beyond reproach) but at his ability to not take himself too seriously. I marveled at the manner is which he stood there, absent of any self-doubt, and played a toy guitar with gusto, along with two gentleman who may or may not have been drunk.

And all I could think was: Wow. I really, really love him.

And also: This is weird.

Rand stayed and performed until the end of the song. He handed the toy guitar back to the lead singer, and found me in the crowd. Wordlessly, he took my hand, and we walked on through the crowds at the edge of Portobello Road Market.

For a long time, neither of us said anything. We just walked, Rand holding me close, and looking off into the distance. Finally, he spoke.

“Holy shit. Those guys are nuts.”

We both laughed and I brushed a bit of hair from his forehead, and thought about how he is my beloved. And it wasn’t weird at all.