Make no mistake: I really, really dig you. I have for years. Behold this photo of an appallingly young looking me standing at your front steps in 2008: 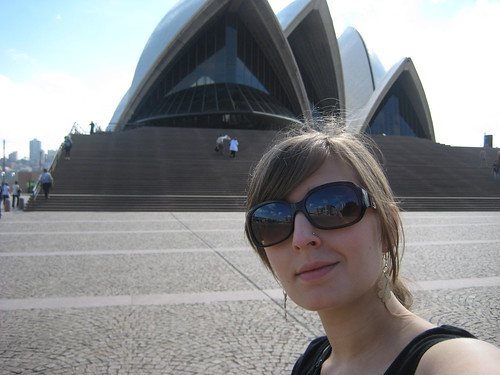 That is not a booger in my nostril, but the back of my nose ring. Also, should I try bangs again? #importantquestions

Actually, I guess I wasn’t young looking. I was actually young. Time is a cruel mistress (pass the margarita … flavored cupcakes).

You, however, dear Opera House, haven’t changed a bit. You look as fabulous as ever, and I’m pleased to say that my last trip to see you was lovely. The tour was well worth it, and I learned all sorts of fascinating things about you. Like how you actually earn most of your operating costs through shows and tours and events.

Apparently that’s very rare for any sort of performing arts center. Most of them survive only due to charitable giving. 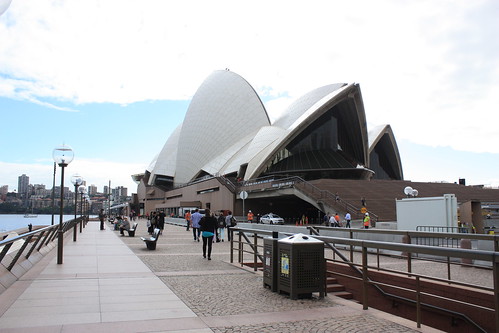 Clearly, you’ve got your ducks in a row. And while I hate to pick on you for anything, I noticed something a little unusual in the gift shop. What’s that? No, no it wasn’t the miniature Lego version of you. That made total sense. I almost bought one, except that it was $80 or something ridiculous like that. Which, for the record, is roughly the price of a sandwich in Sydney. 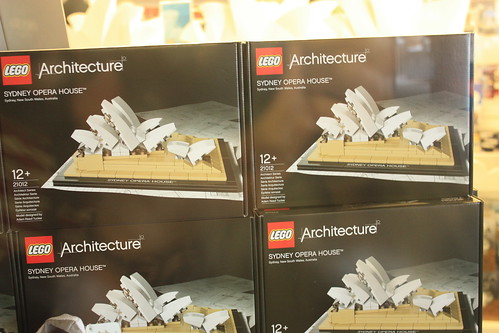 This souvenir, while roughly the price of most healthy human organs on the black market, didn’t defy all rules of logic.

And you know how I like sandwiches, so I skipped on the Legos. Besides, all the architectural toys and sets you have for sale make total sense. You are an architectural marvel, after all. No, I am not just saying that! Really! It’s true.

HOWEVER, while your white sails are truly remarkable and singular, I’m still a little confused by this: 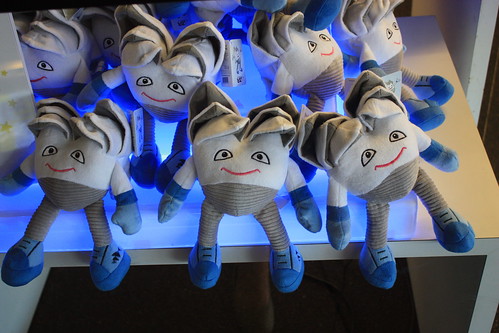 It’s … it’s … well, frankly, I have no idea what the hell this is. It seems to be an anthropomorphic representation of you, rendered in plush. It’s somewhat horrifying, and looks like it may have been created by group of hungover marketing execs who were trying to win a bet.

These little … guys? Is that what they are? I see no genitals or secondary sexual characteristic, so I have no idea (though really, this is probably for the best). Anyway, these things retailed for about $20 (or roughly the price of a pack of gum in downtown Sydney). I spent a long time thinking about it, and these are my best guesses for who would buy this item:

Seriously, can someone please … I just … WHAT IS GOING ON?

It’s not cute. And even though it sort of looks like you, it’s rather horrifically designed. Also, why is it wearing tennis shoes? Does it need to run somewhere? Where would a giant opera house need to run to? Is something chasing it? And if so, what, because I really need to know. That sounds altogether terrifying.

Goodness, just thinking about this is exhausting.

The thing is, Opera House, you are so, so much better than this. You earn plenty of money as it is. You don’t need to prostitute yourself out in ways that absolutely defy logic. I mean, honestly, I can’t remember when I last saw something so weird and so tacky and …

Crap. Now I want one. Desperately. I need one of these things in my life, because it will make people pull out their hair and question reality. Well played, Opera House. Well played, indeed.